Juneau, Alaska (KINY) - The Floyd Dryden Middle School wrestling team dominated their Southeast competition at Ketchikan over the weekend, winning eight individual titles and the team title at the Schoenbar Championships at Schoenbar Middle School. The tournament is considered the Southeast championships.

“To be honest with you, Wrangell had such a tough team this year,” Floyd Dryden head coach Ken Brown said. “Wrangell was really good and the key moment was probably in the finals when we stuck 12 kids in the finals and eight of them came out on top. That’s how we did it.”

“He did a really great job,” Brown said.

“He just dominated and did a really great job for us because we needed those points,” Brown said. “And Toby East, I didn’t think he was going to take first and he just stepped up, I’m so proud of him. And Camden (Messmer), I don’t think anybody scored a point on him, he destroyed everybody he came across.”

This is the third Southeast title in a row for the Eagles.

“Usually we win the title in the wrestle-backs,” Brown said. “Getting lots of third and fourth places. But this year being so thin it really had to come down to winning first place and the kids that stepped into the finals really stepped up and they got us lots of pins, which gets us bonus points.”

Brown noted that every member of the team was important.

“Every single kid scored a point in this tournament,” he said. “It was pretty awesome.”

“The kids just did a wonderful job coming through for us,” Brown said. “It was awesome. We won by 2.5 points. It was so close.”

“They are just good kids,” Brown said of the Eagles. “I’ve always had nice kids, good kids, and I’ve had students from all walks of life, but these kids, all they want to do is have fun and wrestle. And they live by my motto, ‘I don’t care if I win or lose as long as I give it my best effort.’ Every time they stepped out there they gave their best effort and if they didn’t, they knew right away and they would let you know. I don’t have to tell they they could do better. They would be like, ‘Coach, that wasn’t my best effort.’ And the next time out they would go at it. I think a lot of that comes from the leadership of the upperclassmen.”

“I’ve never seen Noah step down from a challenge,” Brown said. “Noah takes a challenge head-on with a smile and goes 100 miles an hour through it… and Eli is not much of a talker but does a really good job of leading by example, he works hard and goes out there and does his thing. It’s just the kids.”

Members of the Floyd Dryden team will combine with members of Juneau’s Dzantik’i Heeni Middle School and compete at the Tanana State Tournament at Tanana Middle School in Fairbanks this weekend. The team will participate under USA Wrestling member Juneau Youth Wrestling Club as Tornados Wrestling.

"I love hanging out with the team," Niere said. "And I love winning, of course, getting first is really fun. I'm going to try my best at state and hopefully win a match. I went up to state a few years ago and didn't win a match but now I am pretty confident

Niere said his favorite move is the head-and-arm

Niere said there have been many times when opponents have escaped his move and thrown him on the mat.

"But of course I learned from it," Niere said.  "To get good at wrestling you don't want to get pinned and you have to practice a lot. Even time you lose you have to learn from your mistakes. You have to adapt.

"I like having fun with my friends and winning," Messmer said. "I'm going to have fun at state and try to win first."

Messmer said wrestling, "Is all about losing and learning how not to get pinned.

“We will definitely make some noise because we are bringing some definite talent,” Brown said. 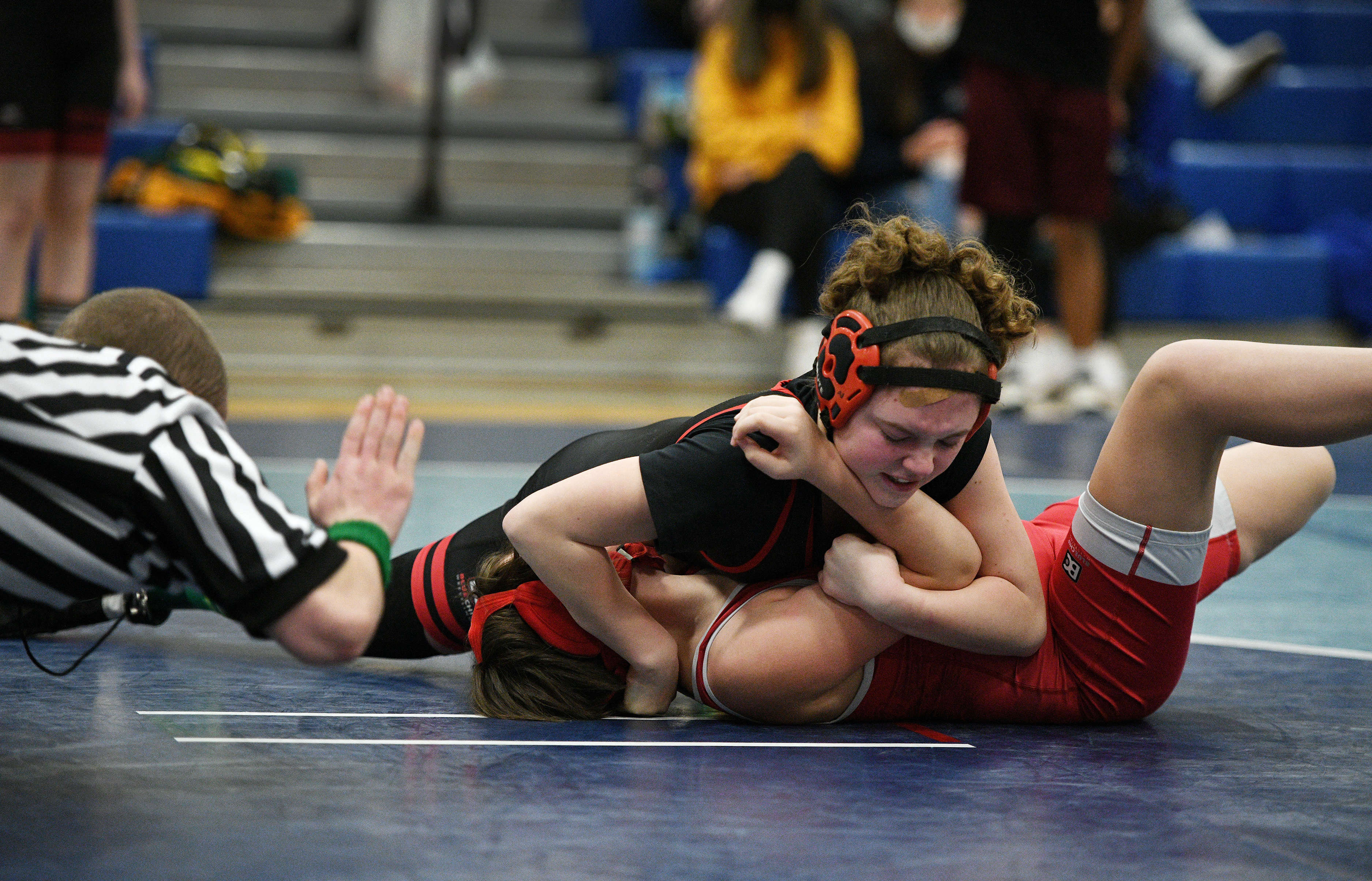 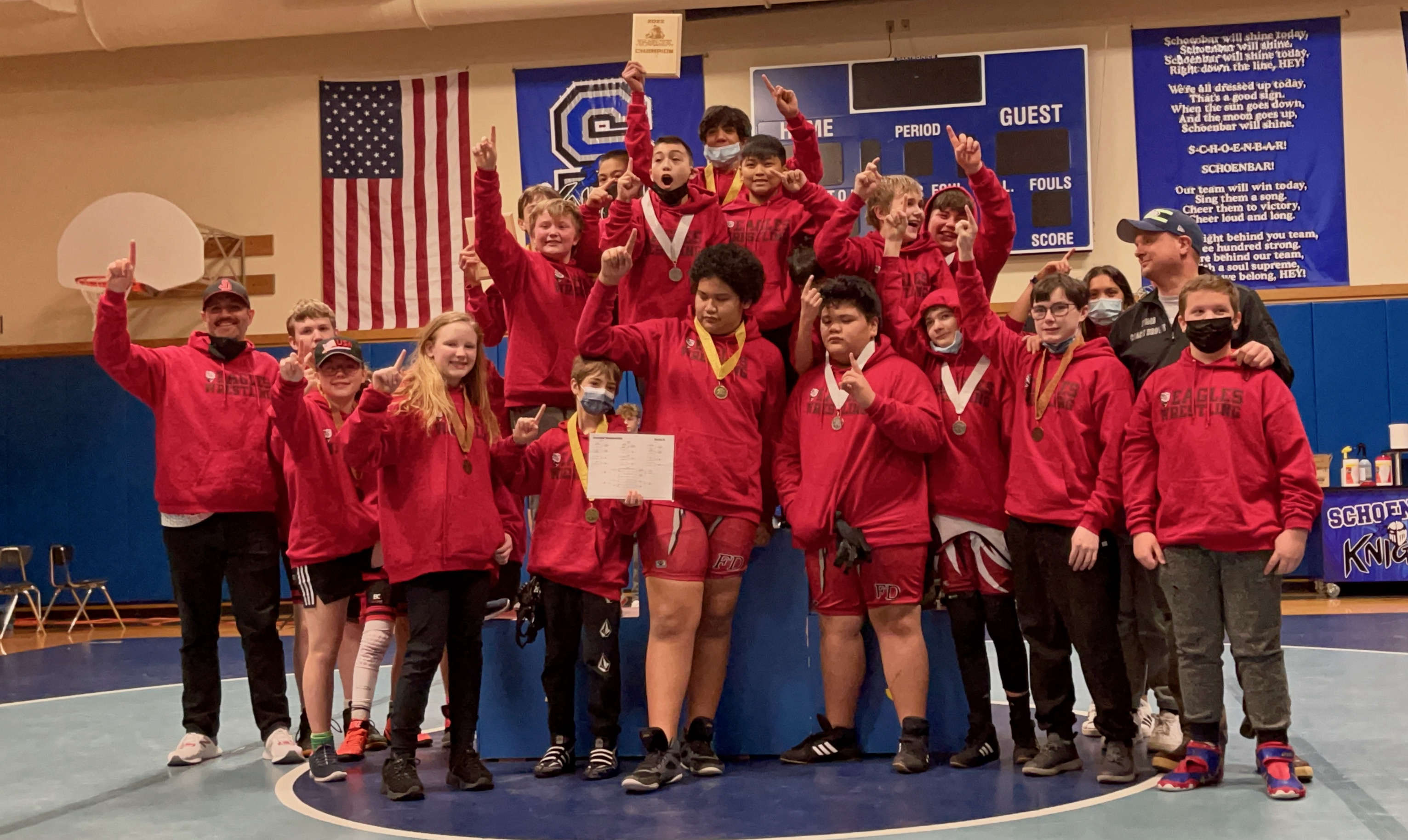