“It was really nice to see,” coach Leah Farzin said. “We made the program this year a little bit on the difficult side, trying to get as many points as we can under the scoring system and that paid off because it left a lot of room for error. You set it up so that there is more points that we can possibly get. And then when all the deductions come, because there are always deductions because it is figure skating, we were still left with a really good score and it put us in third place.”

“It was really nice to see the strategy pay off and to see them have fun out there and skate a fun program,” Farzin said.

Team Forget-Me-Not’s two-and-a-half minute program featured six judged elements that were worth 18.50 points if executed flawlessly, which is rare in figure skating.

The first planned element was a Traveling Wheel, performed at the highest level of difficulty, for a base value of 2.00. They received a Grade of Execution (GOE), which can range from -5 to +5, from the judges of -0.67, meaning they received a slight deduction to total 1.33.

“We do a pin-wheel shape,” Farzin said. “Like, three spokes, and it rotates and it also moves across the ice as it rotates.”

The second element was a Pivoting Block, performed at the basic level of difficulty, with a base value of 1.50 that was given a GOE of -0.10 for a score of 1.40.

“There are three lines in a row that pivot at one end,” Farzin said. “And then they pivot at the other end.”

The third element was an Intersection, which they executed with an added point of intersection for a base value of 4.00, of which the team executed for a GOE of -0.27 for 3.73.

The fourth element was a Linear Line, performed at the highest difficulty, also with a base value of 4.00. The team received a GOE of 0.00 for a 4.00 score.

“This was a point of pride because there is no level cap on that, we could do the highest level that any team could do,” Farzin said. “I wasn’t sure if they were going to get the level four called, it means they had to execute a certain number of special features within the line. They got the highest level called and got an even, which meant no deductions.”

The fifth element was Rotating Circle, performed at the highest difficulty, with a 3.00 base value. The team had a -1.40 GOE for 1.60.

“I went for a 3 because I assumed there would be some errors,” Farzin said. “A difficult element. It’s kind of called ‘over choreographing,’ you want to build in some buffer. Because we have a lot of new skaters I know the nerves can kind of get to people. But also I like to make their programs challenged. I don’t want them to do the very lowest thing, I want them to do more. I like to make sure it is not too easy of a program.”

“In terms of the technical side and in terms of learning the new judging system we did very well,” Farzin said. “There are a lot of competitions in skating where as a team or individual you skate well, and you maybe don’t place particularly well, and it’s harder to stay motivated in those particular times. But getting that brass ring, that reward, that placement like we did, to be recognized for how well we skated really goes a long way for encouraging people to keep at it. And I’m really grateful that is how it turned out this time.”

The total base value available was 18.50 and Team Forget-Me-Not achieved a score of 15.79.

The team also received 13.48 points on three additional program components - Skating Skills, Performance and Interpretation of the Music - to total 27.77.

They did have a Falls deduction of 1.50 for a fall in the wheel and two in the circle.

“Most of the program was really, really good,” Farzin said. “But the team will tell you, unfortunately, there were three falls in the program, so that really cut into our program a bit. I think it was, overall, a very good program and the scores reflect that. They had some falls and that kept them out of what I think would have been, had everything else been the same, probably second place but maybe not first place. It was tough. A lot of our team is new and we don’t compete very much because we can’t because the travel is so onerous and expensive. So I think there is a lot of pressure on them to skate well every single time we compete. For the most part they did. They skated really, really well. There were just some falls and that might tarnish their memories just a little bit of the whole event.”

“I liked how hard they worked once they got here,” Farzin said. “After the pandemic and everything, just getting out of Juneau was such a treat for everybody that it was very easy for them to kind of get to California and go, 'Oh, we’re out of Juneau.’ But they were able to keep focused and keep practicing. Just with our practice time down there they were able to improve. I really liked that. They were able to focus and they really skated close to their very, very best in the program. That was very impressive. Travel also gets them all getting to know each other better and spending time together. It was nice to see them all get along.”

Team Forget-Me-Not’s next competition will be in February in California.

“Hopefully keep getting some recognition for their skating,” Farzin said. “Medals are always nice. Placing third in a group of 10 is a big confidence booster. We might change a couple elements or add some time to the program. We might add some music or more elements.” 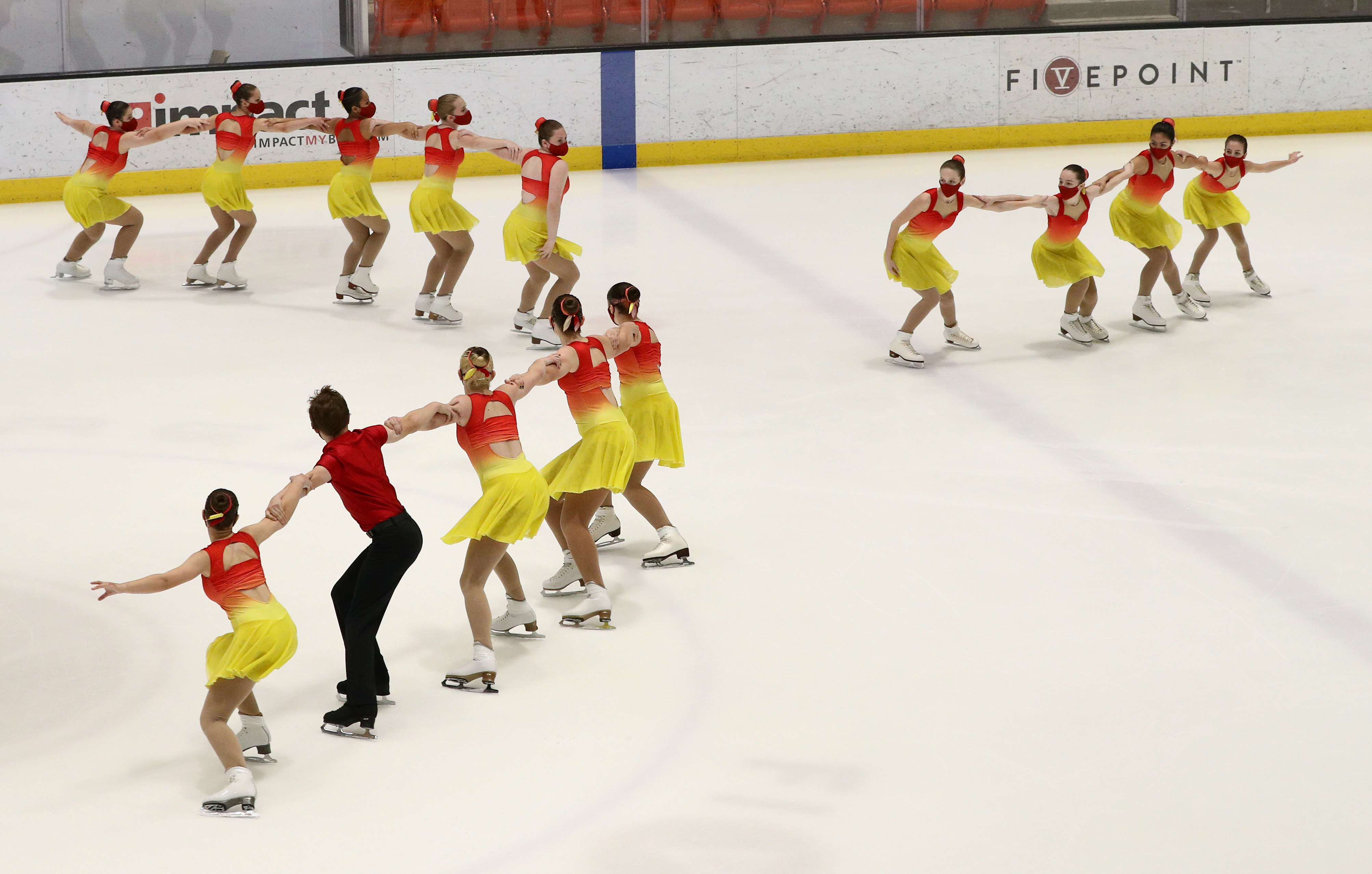 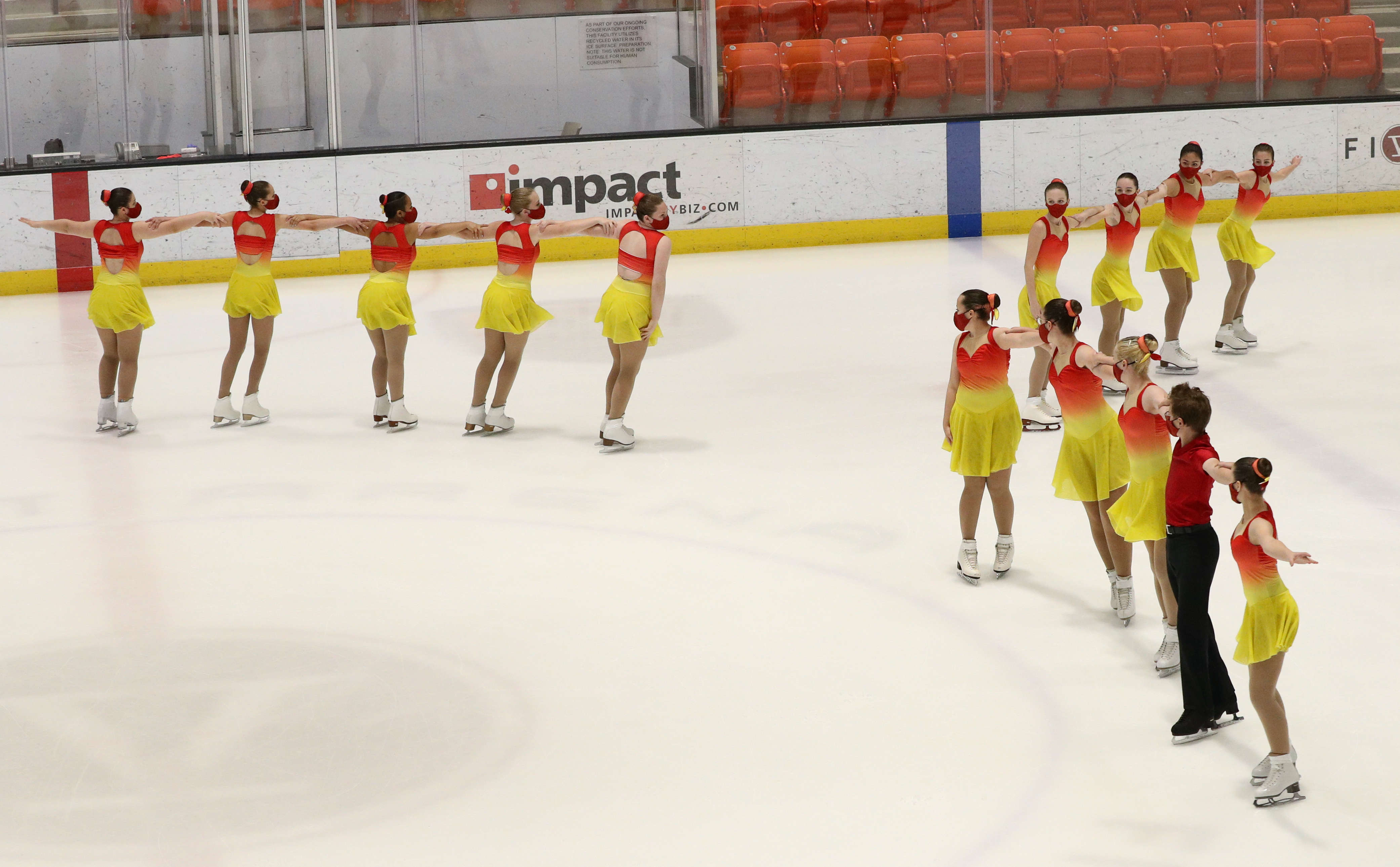 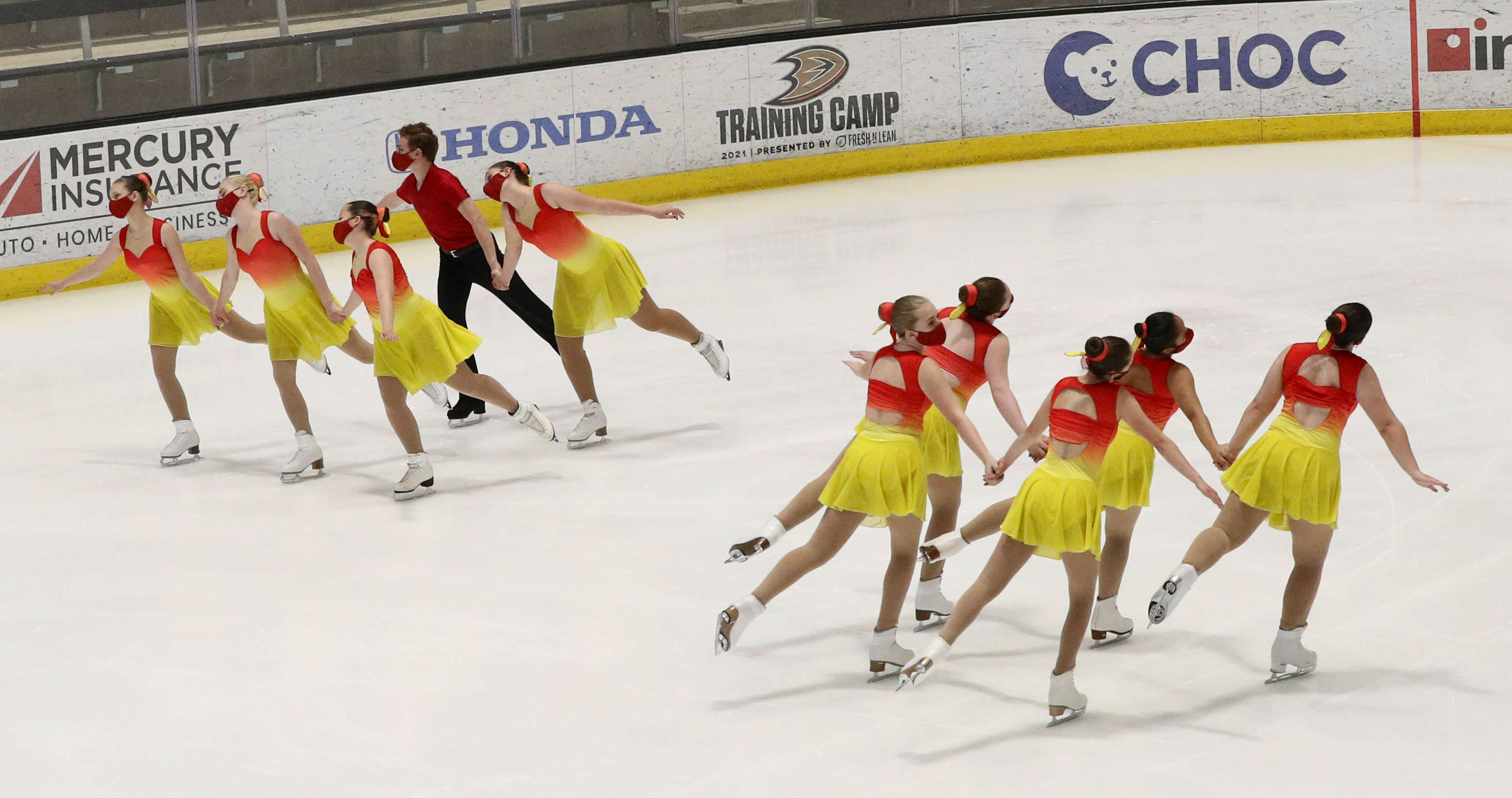