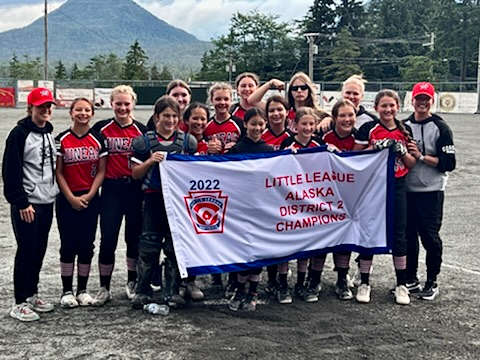 “Key in all of the games so far has been our focus and our discipline,” Juneau manager Kara Lockhart said. “And we have been really aggressive at the plate. Lots of key hits, aggressive on the base paths, scoring runs and just being really positive and good teammates to each other… everybody is kind of hitting their stride with what they are able to contribute and they’re playing loose but playing focused and disciplined and I think that is what we want and it is a really hard combination to find. And also they realize the importance of being good teammates…”

Juneau’s Sadie Lockhart hit a single in the bottom of the fifth inning scoring cousin Blythe Lockhart to end the game by a 12-2 mercy rule score and win the best-of-five-series in three games. Juneau had defeated Ketchikan 12-1 in four innings on Wednesday and 15-9 in a full six innings on Thursday and now advances to the Alaska State Majors Softball Tournament, July 14-18, hosted by Knik Little League in Eagle River.

“Yeah that was pretty cool,” Sadie Lockhart said of scoring her cousin with the game ending hit.

In Friday’s championship clincher S. Lockhart was 4-4 at the plate including a home run in the first inning, a single in the second inning, a double in the third inning and the game winning hit in the fifth inning. She had six runs batted in and scored twice.

“I’m going to remember Ketchikan did really good,” S. Lockhart said. “And me and my cousin playing the hardest we could… I just get in my head and talk that I am going to do really good this game and try to get myself hyped up for a good hit or good plays…”

Hayes caught for the Juneau pitchers and also had an in-the-park home run in the series.

“I felt pretty spectacular about my home run,” Hayes said. “It felt really good. In the tournament I think both teams did really good, they tried hard and did the best they could… I think I like softball the most because it’s really fun and you get to play with girls you don’t know most the time…”

“I am pretty hyped that we got this far,” Wheeler said. She had pitched Thursday’s win and had an in-the-park-home run that game. “Ketchikan did really well too… Number 29, Amanda Silvertsen, she was great… I think it is really great that we won and it just makes me really happy…”

B. Lockhart and Gallates-Swafford had three stolen bases apiece, Chenoweth and S. Lockhart two apiece, and Lee one.

Juneau's opponent for the state championship series will be determined after the weekend District 1 Tournament in Anchorage.

“We don’t know yet,” manager Kara Lockhart said. “The coaching staff was trying to do a little sleuthing mission on who we might be playing next. We saw some clips of some teams playing and it looks like some stiff competition… there is going to be some good games to be had coming up… 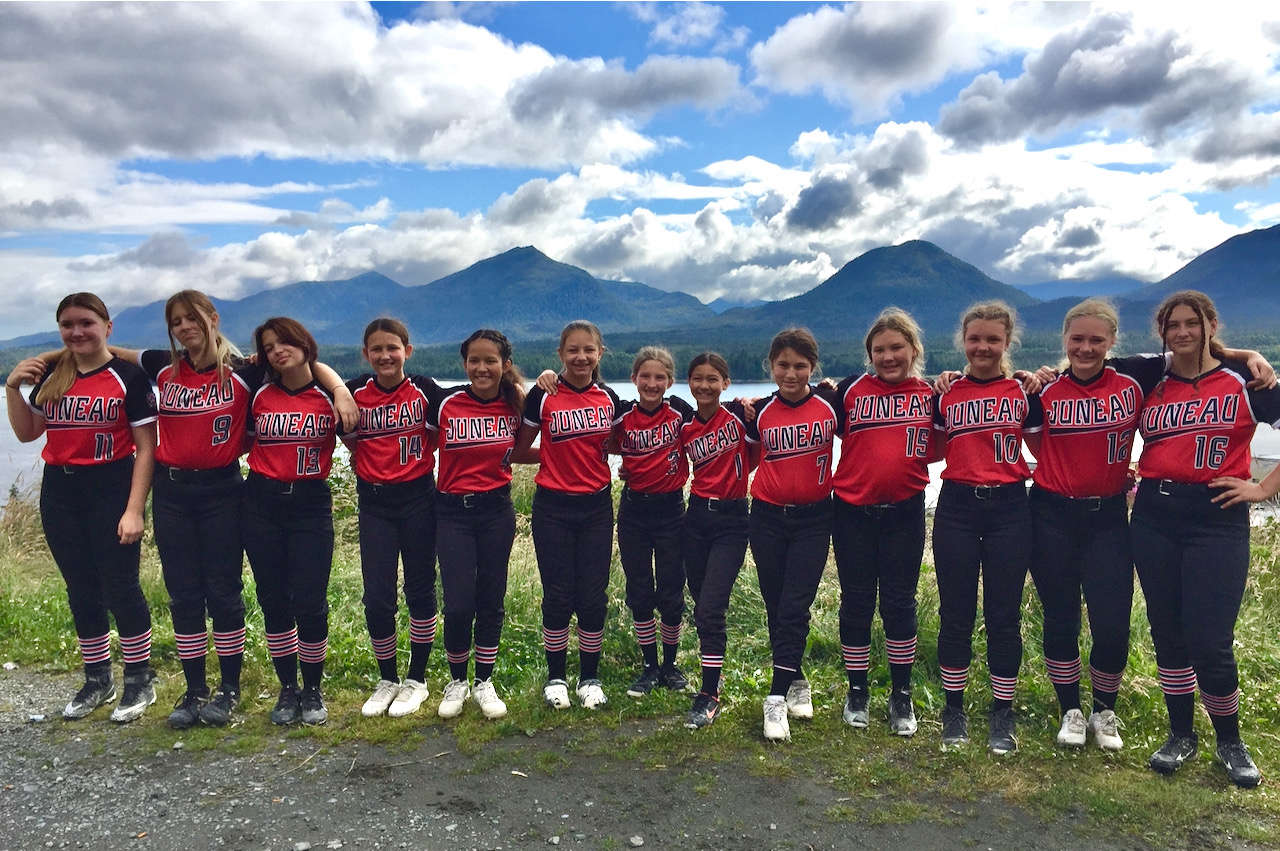