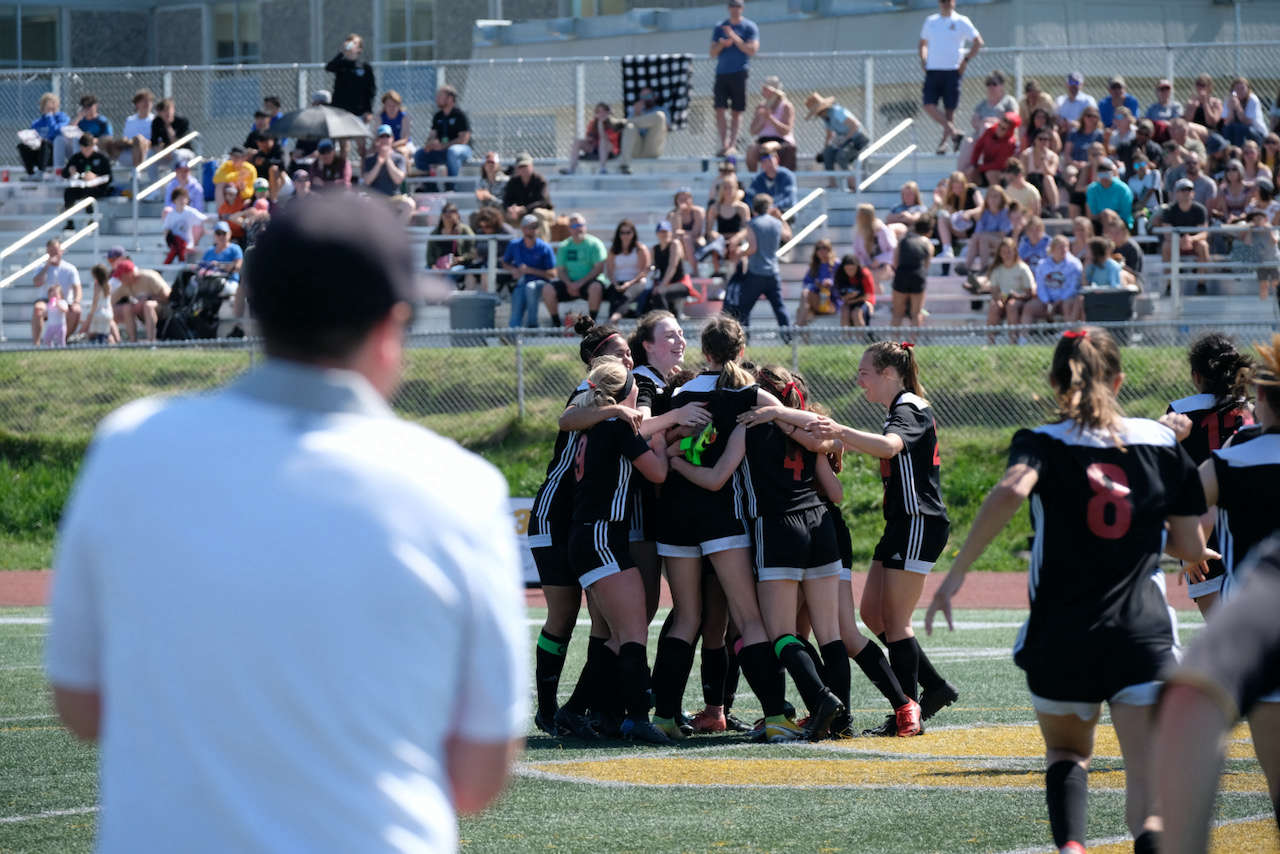 Anchorage, Alaska (KINY) - It was only fitting that the Juneau-Douglas High School: Yadaa.at Kalé girls soccer team Hard Hat Award for their 3-0 state championship game win over Grace Christian on Saturday at Service High School in Anchorage was awarded by JDHS coach Matt Dusenberry to the Crimson Bears senior class.

That 2022 group have only lost three career matches across both Division I and Division II opponents, have only allowed 17 goals against their side, and have won three state championships - JDHS has won four straight state titles excluding the 202o season canceled due to COVID-19. Their final win got off to a quick start.

Senior Blake Plummer scored just two minutes into the match with an assist from sophomore sister Cadence Plummer and that score would stand through the first half.

“To get one in right in the first minute, I thought ‘there we go,’ we can take care of the nerves,” Dusenberry said. “But we still had some there for a little while. Grace really put it to us as far as the 50-50’s and crowded us on the ball and made it a little bit more difficult. We certainly were getting opportunities. We hit the post once or twice and we hit the cross bar there to keep it one to nil…”

Senior Kyla Bentz put in the second goal, again with an assist from Cadence Plummer, five minutes into the second half for a 2-0 lead.

“To have Kyla turn around and put one in the first five minutes of the second half I think kind of set the tone for the rest of the match,” Dusenberry said. “We were creating opportunities and still getting in. Finished one more, a nice cap for the senior group for sure.”

Cadence Plummer would get the teams final season goal, coming from her big sister with 16 minutes remaining. The Plummer sisters had started the score clock in the first half and ended it in the second.

clear skies and rising temperatures JDHS was able to repeat their state title.

“Third time, pretty cool just that that was able to happen,” Plummer said of the championship. “It was a little overwhelming…”

B. Plummer also shared tears with her younger sister, saying “She was crying before it was even over. We had to tell her at half time not to cry until it the end… yeah she was a mess... she did really good today though. And we have been trying to tell her that sometimes she just has to take it herself to the net and she did that today and she scored…”

Bentz said the championship was a bittersweet moment because it was the last one they could win as a team.

“I’m really glad I got to finish it off with the team,” Bentz said. “We have all grown up together and it was really great to end it all with them…”

Seniors B. Plummer, Bentz and DeJean were all state tournament selections.

In all-time JDHS stats Bentz finished second for season goals with 33 (Malia Miller had 43) and is sixth in career goals. B. Plummer had 24 assists this season to top the JDHS season mark and Goldstein had 19, and B. Plummer leads JDHS with 48 career assists. B. Plummer’s season assist number is one shy of the state record set by Servies’s Vonny Dejarlis and her career tally is four shy of Dejarlis’ career mark of 52 (Plummer has played three seasons, Dejarlis four). DeJean is fourth for shutouts in a season and career.

The 2022 senior Crimson Bears were given another nod from coach Dusenberry. 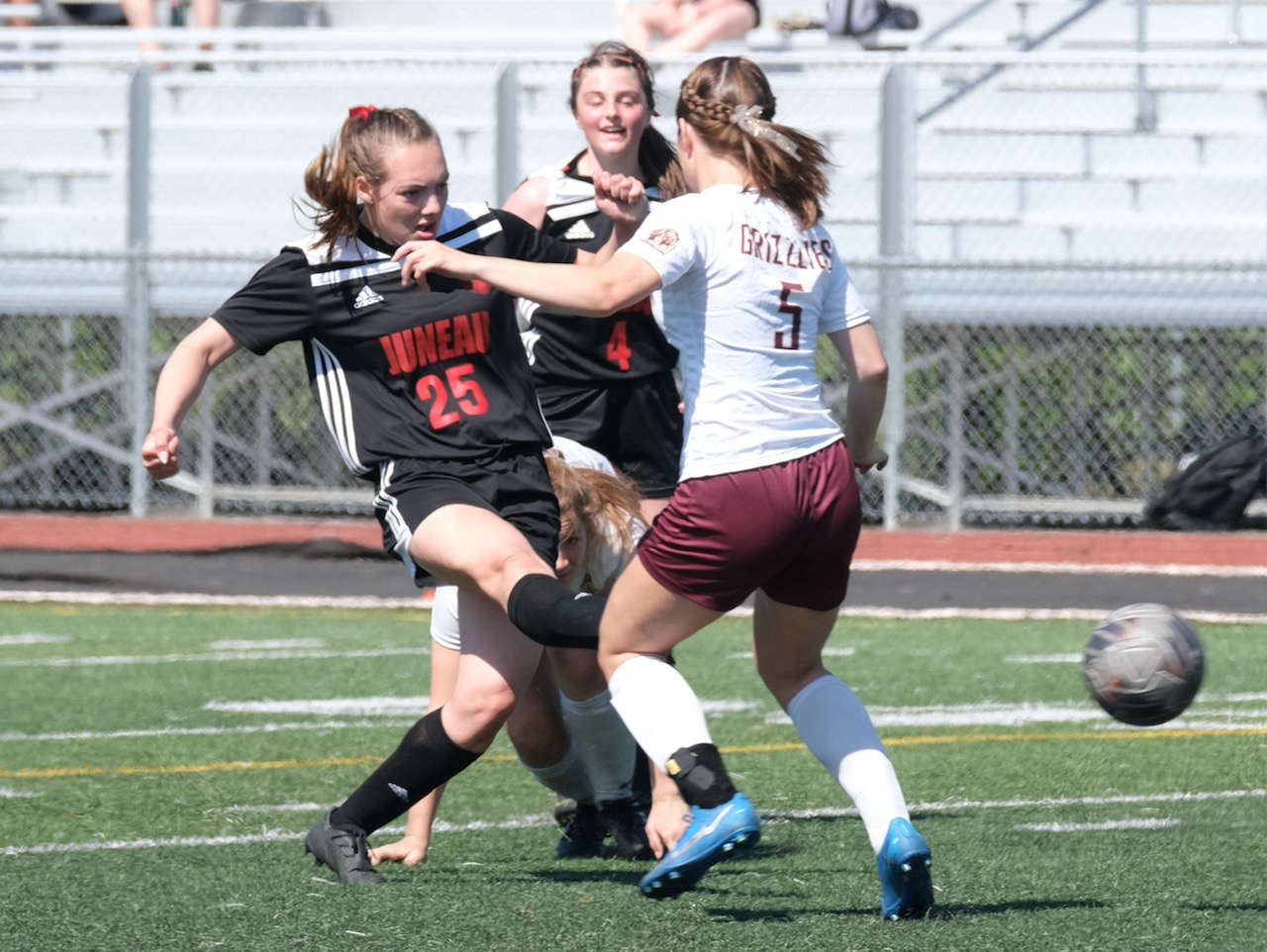 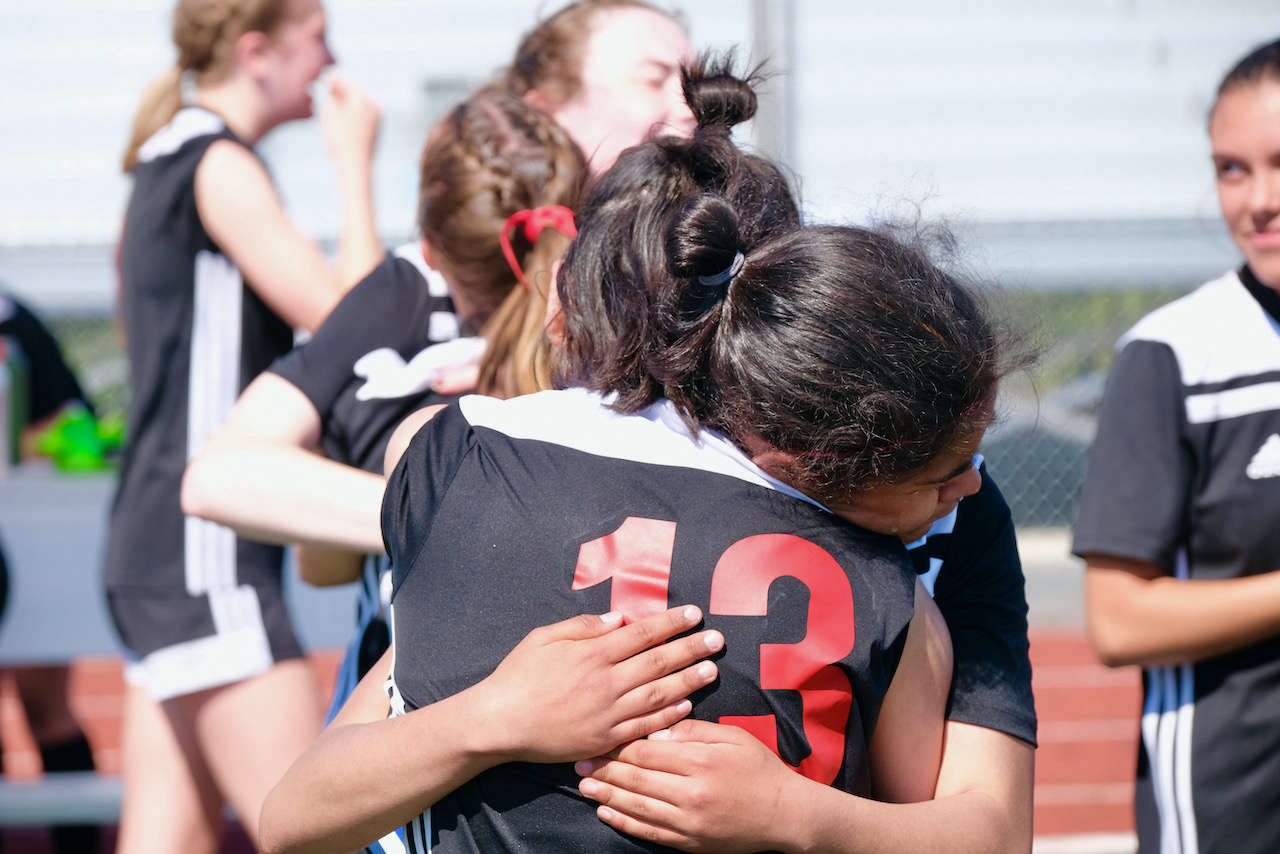