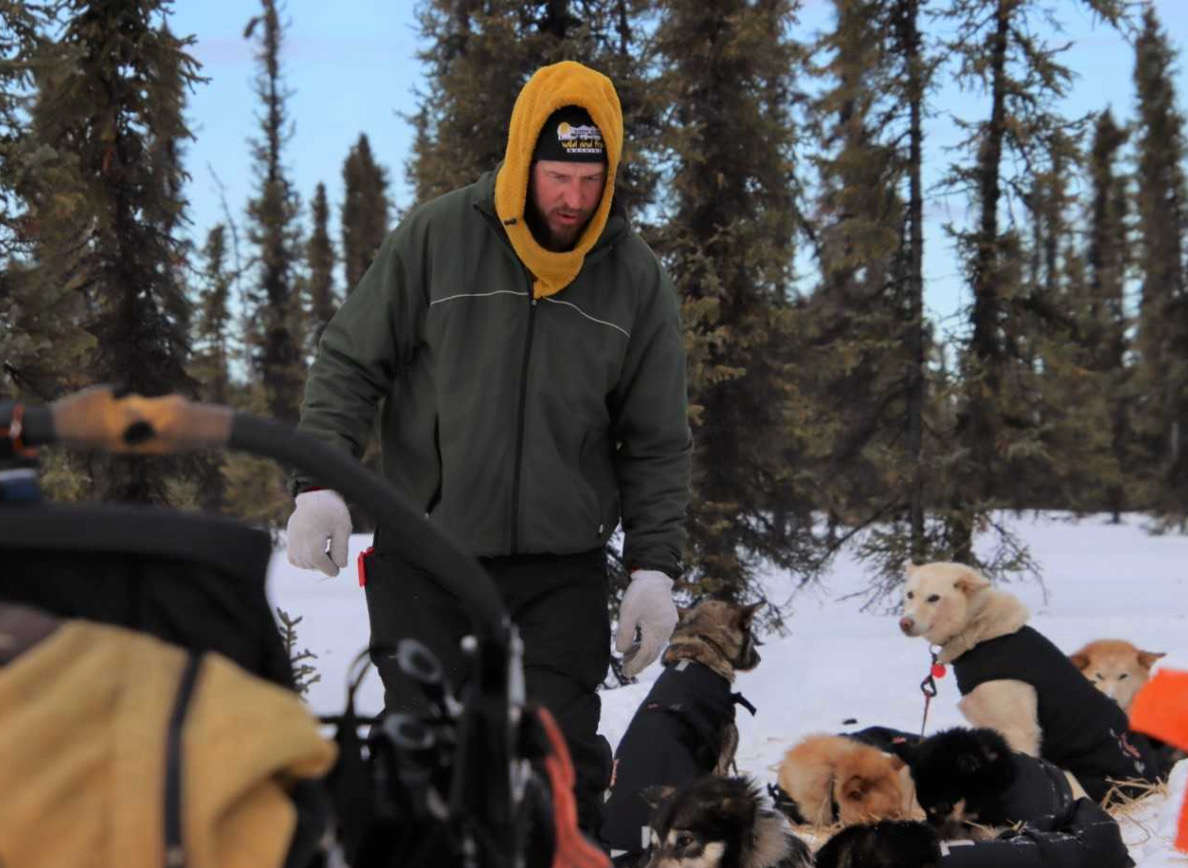 ANCHORAGE, Alaska (AP) — When you’re leading the Iditarod but a five-time champion is breathing down your neck, you just don’t have time for the finer things in life.

Brent Sass, who is seeking his first title in the Iditarod Trail Sled Dog Race across Alaska, turned down a five-course meal Friday morning for being the first musher to reach the Yukon River.

He arrived at the checkpoint in the community of Ruby, where a gourmet spread awaited him. He politely declined such delicacies as reindeer and beef tenderloin. Instead, he only stayed at the checkpoint for five minutes, and got back on the trail without even grabbing a to-go bag.

“I guess you’ll have to give it to someone else. I’d love to stay longer, but my schedule doesn’t allow it,” Alaska Public Media quoted Sass saying at the checkpoint.

Sass arrived in Ruby just before 6 a.m. He was followed about three hours later by Dallas Seavey, the defending champion seeking his sixth title.

Seavey didn’t stick around Ruby long either, getting back on the trail after a seven-minute stay.

Several other mushers followed Seavey into Ruby but appeared to be taking a rest. Sass later was the first to reach the next checkpoint in Galena.

The Iditarod, a nearly thousand-mile (1,609-kilometer) race across untamed Alaska, began for 49 mushers Sunday north of Anchorage. Since then two mushers have scratched, including the latest, Ryne Olson. She left the race at the McGrath checkpoint, saying it was in the best interest of her team. Olson had nine dogs in harness when she scratched.

The winner is expected to cross the finish line in Nome sometime next week.

If Sass had the time to enjoy a sit-down meal, it would have included pan-seared blackened shrimp as an appetizer, a reindeer minestrone soup and an iceberg wedge salad with trimmings. The entrée would have been a bacon-wrapped beef tenderloin, seared and served with asparagus, baby carrots, fingerling potatoes and a red wine mushroom sauce.

Dessert would have been a trio cheesecake bar with strawberry sauce.

The so-called after-dinner mint is $3,500 in single dollar bills and a bottle of Dom Pérignon Champagne. Race officials said in a statement the award will be presented to Sass later.

The fine meal did not go to waste. It was given to Billy Honea, a checkpoint volunteer who has been involved with the Iditarod for decades. He shared it with other volunteers in Ruby, photos of which were shared on the Iditarod's Facebook page.

The first Iditarod was run in 1973, and Billy’s father, Don Honea, first competed three years later. He would go on to race in six other Iditarods, which the last in 1986.

The Lakefront Anchorage Hotel flew its chef 300 miles (483 kilometers) from the state’s largest city to prepare the gourmet dinner.

The hotel has been race headquarters in Anchorage for three decades, but earlier announced it would drop its affiliation with the Iditarod next year.

Officials with the Lakefront Anchorage Hotel blamed the change on the pandemic’s effect on business, but the move was announced by its owners, Millennium Hotels and Resorts, a day before the race’s biggest critic, People for the Ethical Treatment of Animals, planned to protest outside the Millennium Knickerbocker Hotel Chicago.

It wasn’t immediately clear if the hotel was dropping the gourmet meal and cash prize as well.

Iditarod officials referred questions to hotel manager John Bruce, who did not immediately return messages Friday from The Associated Press.