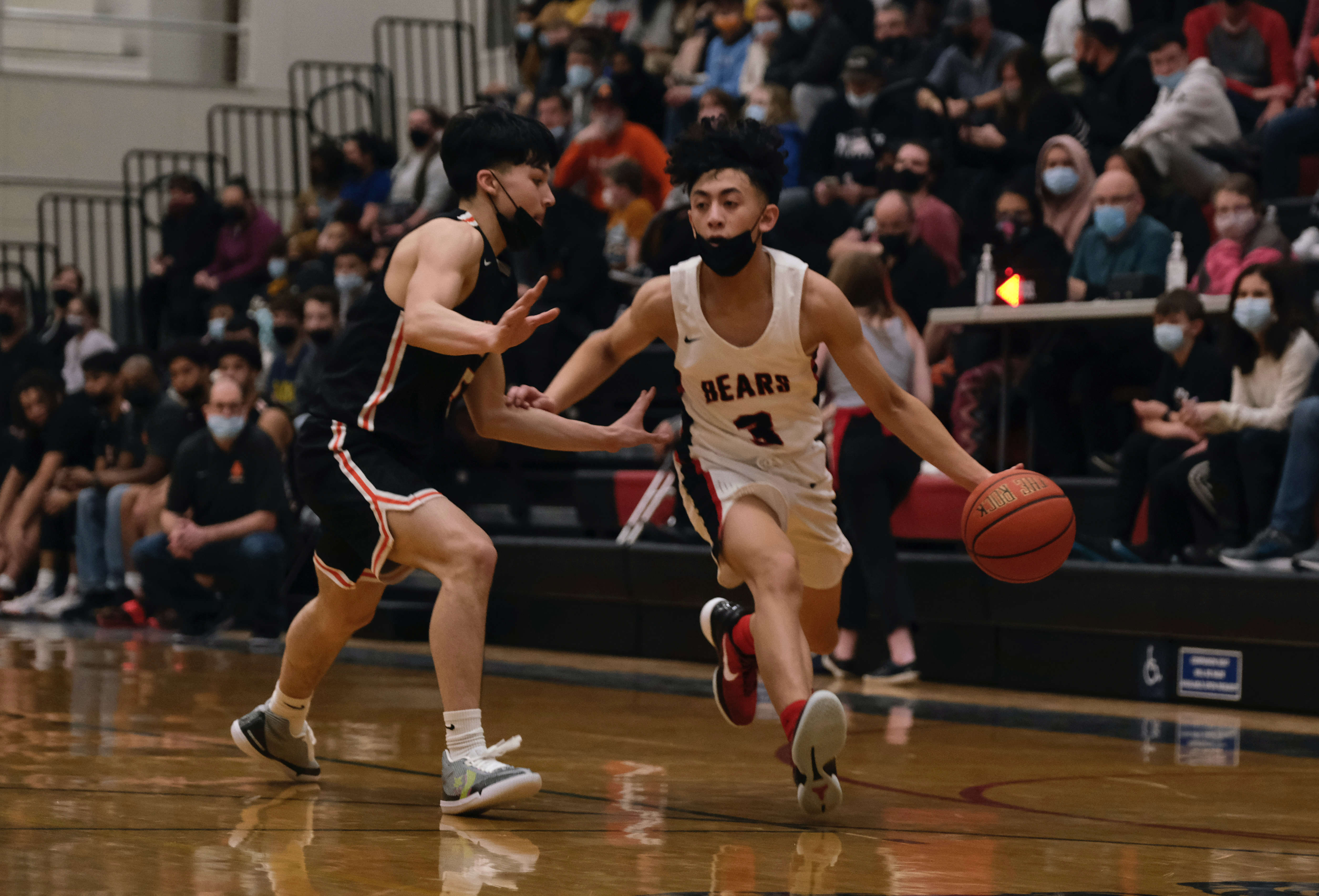 "To be successful we will need to minimize our turnovers," JDHS coach Robert Casperson said. "We will need to shoot a high percentage and win the battle of the boards."

East has won 16 Alaska School Activities Association state championships and the Crimson Bears are next in line with 12.

JDHS was 17-1 last season and never had the chance to decide who was the state’s best as the Juneau School District COVID mitigation policy ended the Crimson Bears season after winning the Region V Southeast Conference championship over Ketchikan, who had given the Crimson Bears their lone loss earlier in the season but whom the Crimson Bears defeated handily in the title clash.

East is 8-0 this season and, when you add their 8-0 start in 2020 before COVID shut down the basketball season, the Thunderbirds have a 33 game win streak coming into today’s tip-off.

The only common opponent this season has been Eagle River. JDHS fell to the Wolves 70-62 in the Capital City Classic on Dec. 28. East beat Eagle River 86-42 at the Wolves den on Jan. 18.

"It was our first action of the season and we had first game mistakes," Casperson said. "But we made a lot of progress and had a lot of good things done as well. We know we need to play our game no matter who the opponent is and adapt to them as the game progresses."

The JDHS boys game against East will be broadcast live on 107.9 The Hawk sports radio as will all their games in the Alaska Airlines Classic and updated on the KINY website.

The JDHS girls game tonight against Colony at 7 p.m. will be broadcast on KINY radio as will the Thunder Mountain girls against Colony on Friday at 6:15 p.m. and Saturday at 10:30 a.m. and updated on KINY.