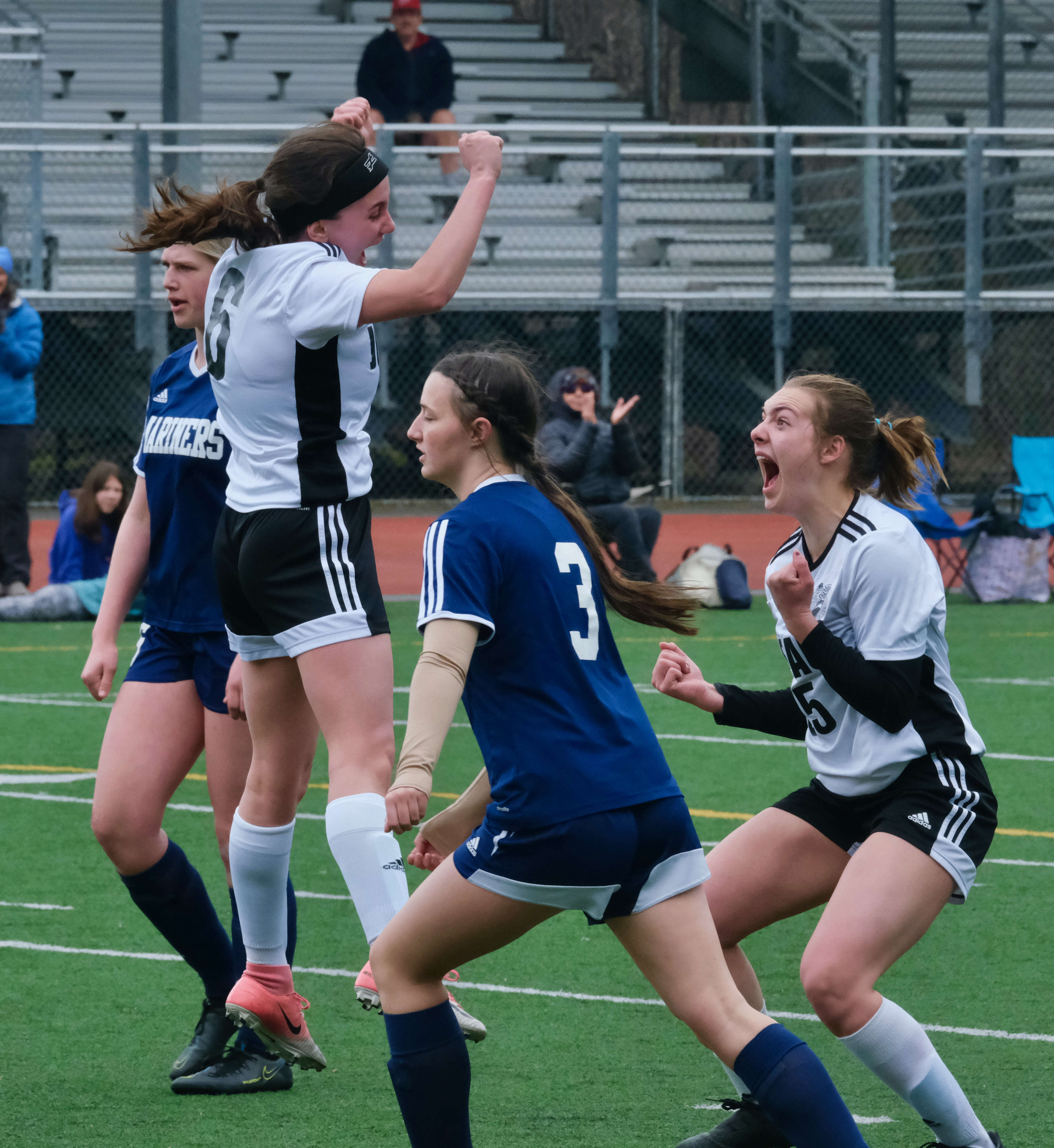 JDHS had defeated Homer last season in the semifinals of the Alaska School Activities Association state soccer tournament in Anchorage.

“They gave us a little bit of a push last year and they did so today too,” JDHS coach Matt Dusenberry said. “I thought they came out pretty physical and we came out a little flat. They stretched us a little bit, so that’s great in that we got to kind of start talking a little bit about being a little more compact as a group of 11 and make it a little bit harder. We were making it harder on ourselves rather than harder on the opposition by stretching our lines out and having our defenders and our midfielders and our forwards so far apart.”

Senior Kyla Bentz scored two first half goals to put the Crimson Bears in the drivers seat, hitting 13 minutes in with an assist by classmate Blake Plummer and at the 30 minute mark assisted by freshman Nancy Travis.

In the second half senior Maile Quigley scored at the 57th minute with an assist by Plummer.

Homer found the net off a corner kick for their lone goal to cut the lead to 3-1.

JDHS senior Ella Goldstein found the net at the 63rd minute, running under an assist by classmate center back Sophia Pugh for a 4-1 advantage.

“That one was a great one,” Dusenberry said. “It is very rare that you get your back line getting an assist and things like that… it was actually off of a free kick and Ella kind of ran a dangerous run, which I was telling her when she came off, it is so hard to pick up the run she made because a lot of the times you will see the forwards go right up to where the defenders are and Sophia or whoever does the free kick kicks it over everybody and then everybody runs. Ella actually started about 10 yards away from the forwards so sometimes it is hard for the opposition to pick up that run. So by the time it was kicked she was already running a full sprint. She’s not caught offsides because the ball is already being kicked so she just collected it on the other end and put it away. Put the ball in the back of the net.”

Quigley scored in the final seconds, assisted by senior Brooke Sanford for the final tally.

The goal was set up by Sanford who took the ball towards the goal line and drew attention, then played the ball back across to Quigley who tapped it in.

Note: Monday’s TMHS girls home game against JDHS has been postponed to May 12. 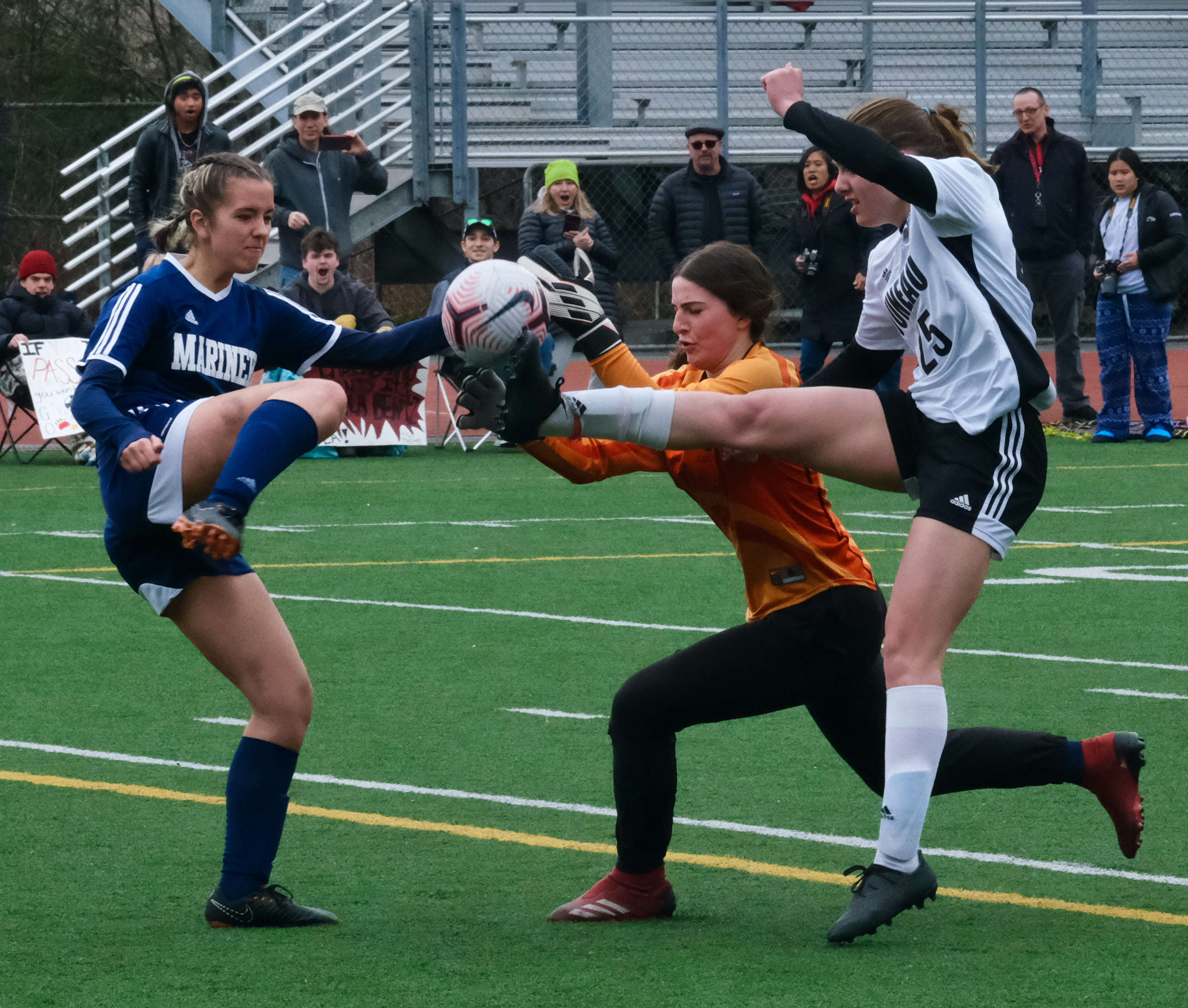