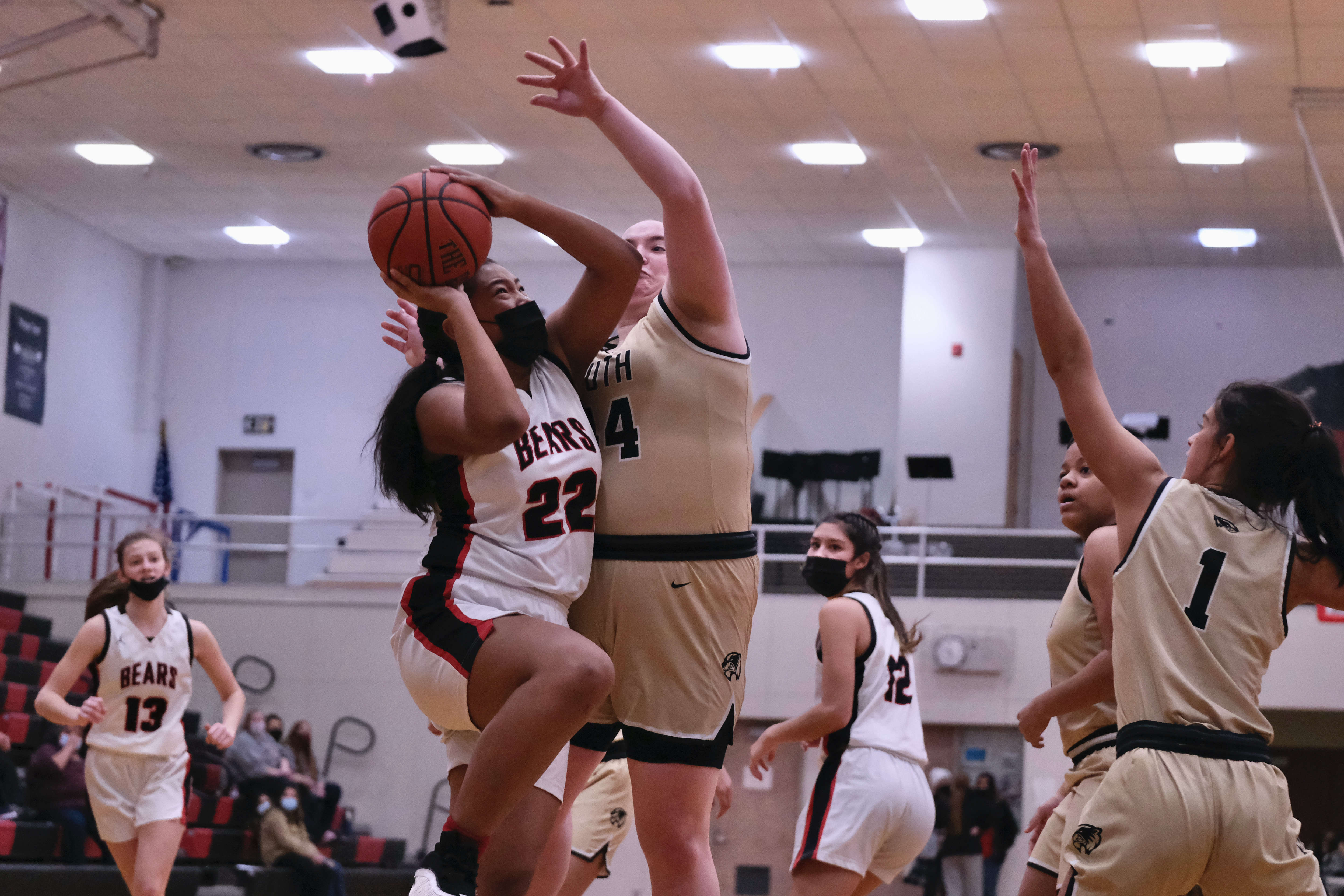 JDHS senior Gabbi George-Frank (22) is fouled by South's Abby Brandt (44) during the Crimson Bears 61-28 win over the Wolverines on Friday at JDHS. (Klas Stolpe)

JDHS opened with a 12-6 first quarter advantage and put the game away with a pressing defense midway through the second quarter to lead 29-8 at the half. JDHS led 43-19 after three quarters.

The JDHS girls improve to 13-6 overall and remain at 2-4 in the Southeast Conference. South is 5-12 OA and remains at 5-5 in the Cook Inlet Conference. 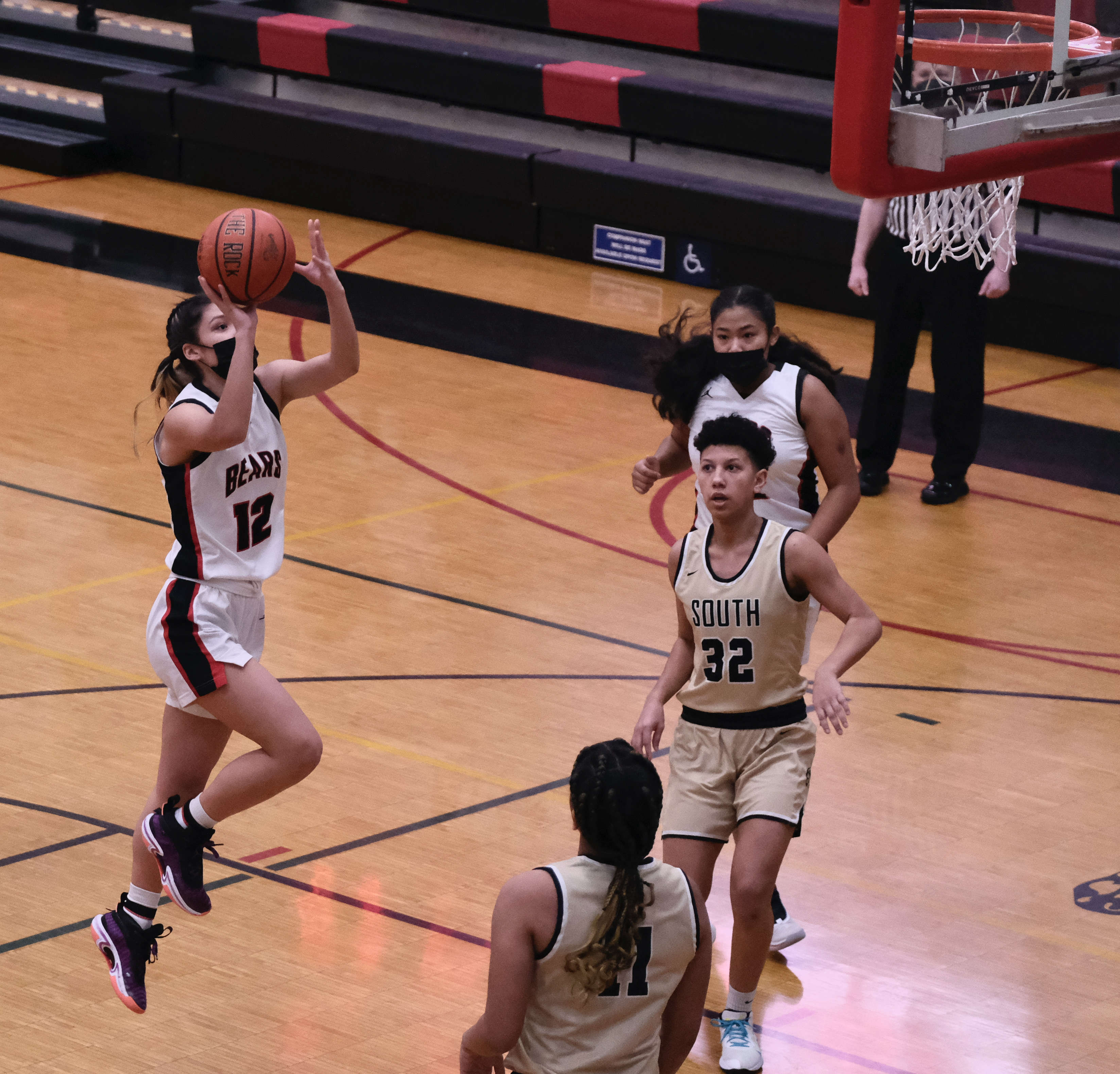