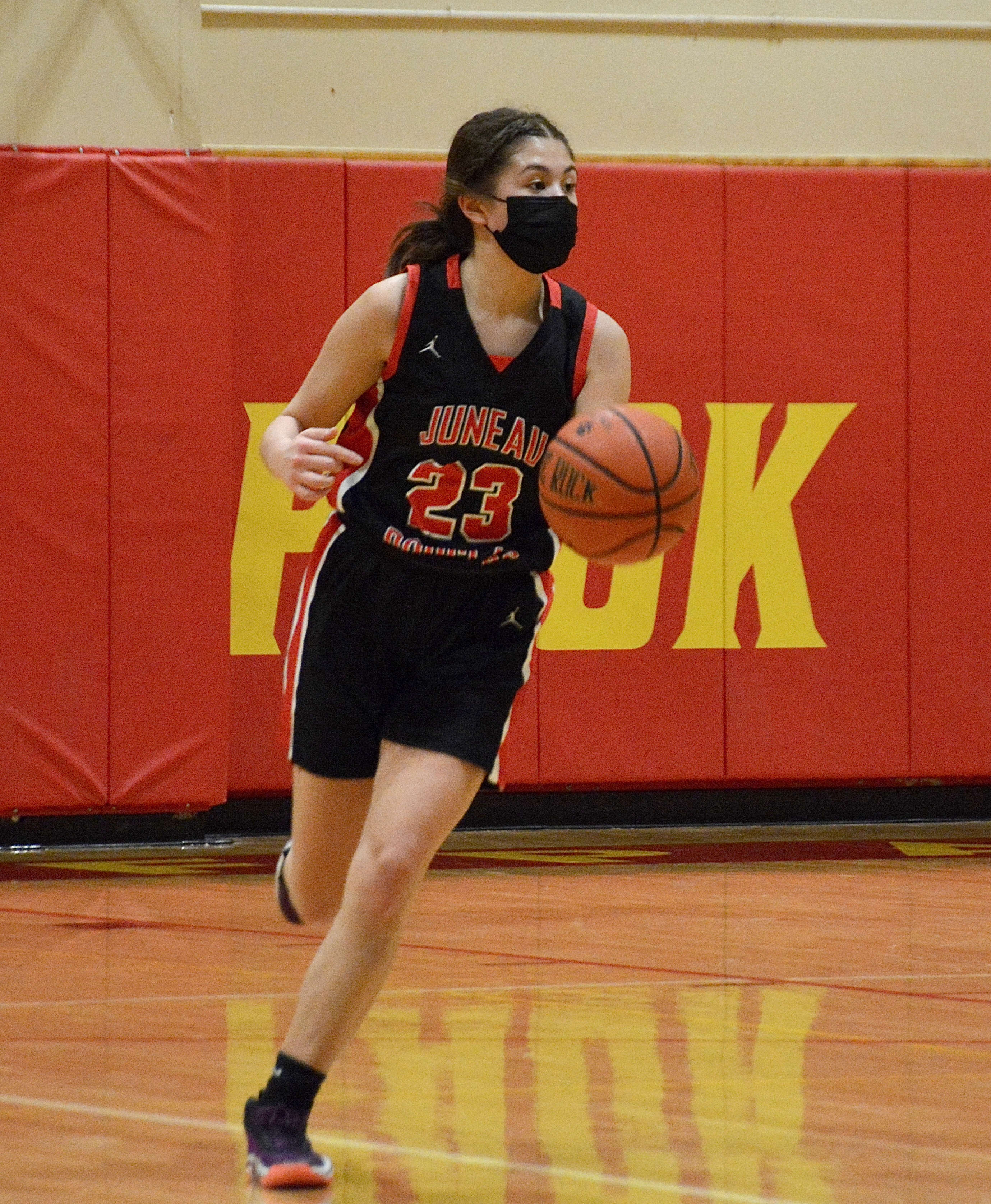 “We definitely took a step in the right direction this tournament,” JDHS coach Steve Potter said.

The Crimson Bears had a strong first half, holding the Wolfpack to seven points in the first quarter, and 10 in the next while scoring 15 in each for a 30-17 advantage at the break.

The JDHS second half was an even stronger defensive effort as they held West Valley to just one field goal in the third quarter and opened a 41-19 lead.

The Crimson Bears allowed the Wolfpack just one field goal and two free throws in the final eight minutes of play.

Grube earned Player of the Game honors for JDHS.

“With Gabbi getting Player of the Game against Lathrop and Becky today, it is showing an improvement in sharing the responsibilities associated with winning play,” Potter said. “It is also noteworthy that Mila Hargrave scored a career high 10 points to go along with several rebounds.”

Crimson Bears Tuckwood and Jackson were selected to the all-tourney team.

JDHS' George-Frank was Player of the Game in the Crimson Bears 51-31 win over Lathrop and Jackson was POG in the 47-33 loss to Wasilla earlier in the tournament.

The JDHS girls JV team lost to Monroe 49-37 in the championship game of a JV tournament at North Pole. Mariah Schauwecker and Sandra Bouvier were all-tourney and Schauwecker was named outstanding free-throw shooter of the tourney with 71.4%