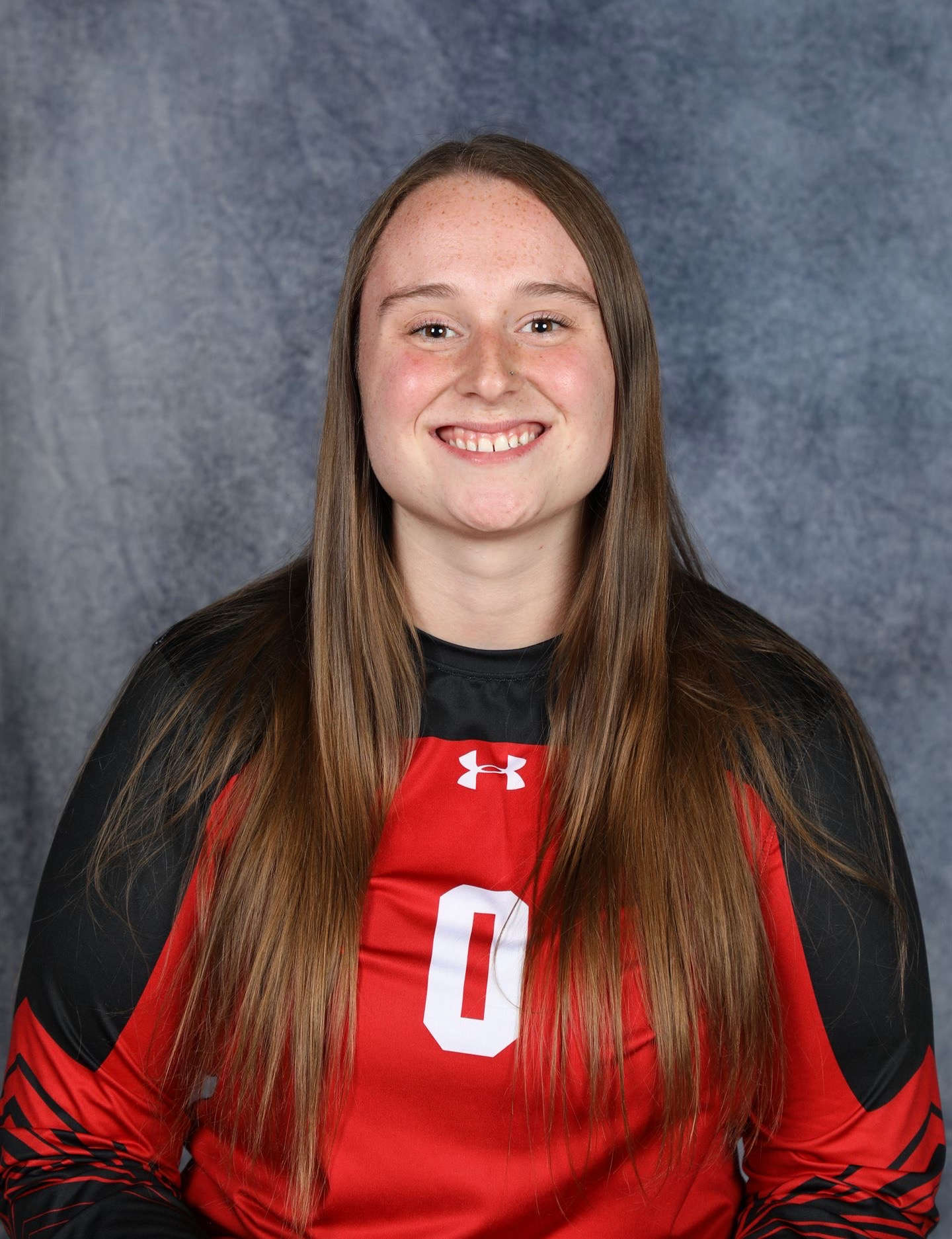 Juneau, Alaska (KINY) - 2019 Juneau-Douglas Yadaa.at Kalé graduate Shaylin Cesar knows a thing or two about stopping goals, at any level of soccer. It is something she learned early and perfected over the years resulting in helping Pacific Lutheran University, in Tacoma, Washington, win the Northwest Conference crown and play in the NCAA Division III National Championships last week in San Antonio, Texas.

“It was incredible,” Cesar said of the tournament. “We came back from being behind in our conference and then ended up getting the points we needed to win and move on. Going down to San Antonio was definitely a bigger stage than what we are used to here. The environment was very cool and it was the first time we were able to travel to the national tournament since 2019 before COVID.”

The Lutes (18-3, 14-2 NWC) would fall to Pomona-Pitzer College 1-0 to end their season but Cesar drew praise for her keeping. The Lutes were outshot 21-5, including 10-1 on goal, meaning Cesar had a busy day and made nine saves in goal.

“It was a great experience all around,” Cesar said. “Unfortunate result but glad to experience it.”

“Every player that started in that game it was kind of their first NCAA playoff ever so we did gain a lot of experience,” Spidahl said. “We do have a lot of people coming back so hopefully we can use that experience to help us make a deeper run in the NCAA tournament because that is ultimately our competitive goal.”

This season for the Lutes, Cesar allowed just one goal in, roughly, 400 minutes stretched over six appearances, a 0.25 goals allowed per game average. She had three consecutive shutouts to end the season and did that after overcoming injury.

“I got injured about a week before we started our preseason,” Cesar said. “I broke my thumb and ended up having to get surgery on it. So I was out for a while which was pretty tough but I had a great team to help me come back and transition smoothly back into being able to play. And I got to finish out the season on a pretty good note so that was fun.”

“She was injured for most of it but she did come on and play well for us the last few games,” Spidahl said. “Besides being a very good goal keeper Shay is a huge multiplier in terms of team culture. She’s a huge personality with the team behind the scenes and I think she really connects a lot of the players. We have a large roster, 35 players, so she does a great job of connecting everybody regardless of freshman, sophomore or junior. I can tell that she is very popular with the team. It’s huge for me because culture is passed down from players and Shay is a huge contributor for that.”

“She is also a great shot stopper,” he said. “I think she will just need to improve her kicking a little more and her distribution with her feet.”

Spidahl said the key to a good goal keeper is communication, presence, distribution, range off crosses and shot stopping.

“For me it is just keeping the ball out of the goal,” he said. “I keep it simple. Shay is a very good shot stopper. She can make good saves and big saves… communication is a big one too, Shay needs to continue to grow with her presence in goal but she has already come a long ways for sure.”

Cesar started all four seasons for high school coach Matt Dusenberry and the JDHS Crimson Bears. She was voted the team’s Most Valuable Player her freshman, sophomore and junior seniors. Her senior year that honor went to Gatorade Alaska Soccer Player of the Year Malia Miller.

The Crimson Bears placed fourth in the ASAA Division I Girls Soccer Championships her freshman season and third her sophomore campaign. The Crimson Bears won the DII state title her junior and senior seasons and she was named to the All-State Tournament team those years.

“Honestly the things I remember the most are the memories with my team,” Cesar said. “Traveling to go play, those long hours on the ferries. But also we had a really solid team, girls I grew up playing with, they fought hard on the field and made my job pretty easy. I think all the awards I have gotten from that are definitely credited to my team as well.”

“I think I started playing competitive soccer in sixth grade,” Cesar said. “Through Holiday Cup and Floyd Dryden Middle School. I kind of just jumped into the goalie position because it is not a position  that everyone wants to do and it was available, so… I just kind of jumped in there.”

Cesar said once she joined the Juneau Soccer Club and it was more competitive she realized she loved being in goal.

“I realized how exciting it can be,” she said. “And that I wanted to keep going with it.”

Cesar commented on the transition from high school to college and being away from home.

“Being out of Juneau in general was the biggest change,” she said. “Being able to drive out of the town we were in was a pretty big thing that I adjusted to. Athletic wise it was just the level of competition. The athletic environment was a big change.”

Cesar did not start her freshman year at PLU.

“We had some super good junior goal keepers that were in for that,” she said. “Then the transition from freshman to sophomore year was a little tough due to COVID. We couldn’t have our normal Northwest Conference season and we had a lot of restrictions and obstacles we had to go through to get some games in. Overall I would say it was still a great experience and I’m just thankful we had the opportunity to play as much as we did.”

Coach Spidahl said it isn’t easy for first year players to come into college let alone in a pandemic.

“It wasn’t easy,” Spidahl said. “But the players did a great job and had a great attitude and great discipline off the field.”

Cesar described what it is like to be in goal against top college athletes.

“It’s definitely nerve wracking,” she said. “But all the fundamentals stay the same. You put in all those hours of work and just kind of instinct kicks in and you just react and do what you know how to do. I wouldn’t say it is too much different than high school but for someone in high school I would say just keep working on the basics and then everything will come in the moment that it is needed.”

Next up for Cesar and the PLU Lutes is the spring season.

“We start our spring season in the beginning of April,” she said. “And we should be able to have a couple competitive games. I haven’t been through a full spring season yet as everything my freshman year kind of got shut down so it will be a cool new experience. And it will be cool to keep working to compete for that starting spot. You know, nothing is ever given and so we always got to keep working to get that playing time.”

Cesar had some advice for young soccer players.

“Just have fun with it,” she said. “Always remember your ‘why.’ Why you are in the sport, why you love it and I think it makes all the hard work, long hours, late nights out on the field worth it and you get great memories from it. That’s probably the best advice I have.”

Cesar, majoring in nursing, said the coronavirus pandemic has enforced her career decision.

“Yes, one hundred percent,” she said. “I think now more than ever more people are seeing how critical our health care workers are and how overworked and how much we need them right now. So yeah, it is definitely making me excited to get into the field and help the people that are working really hard to save everyone right now. So it is definitely exciting.” 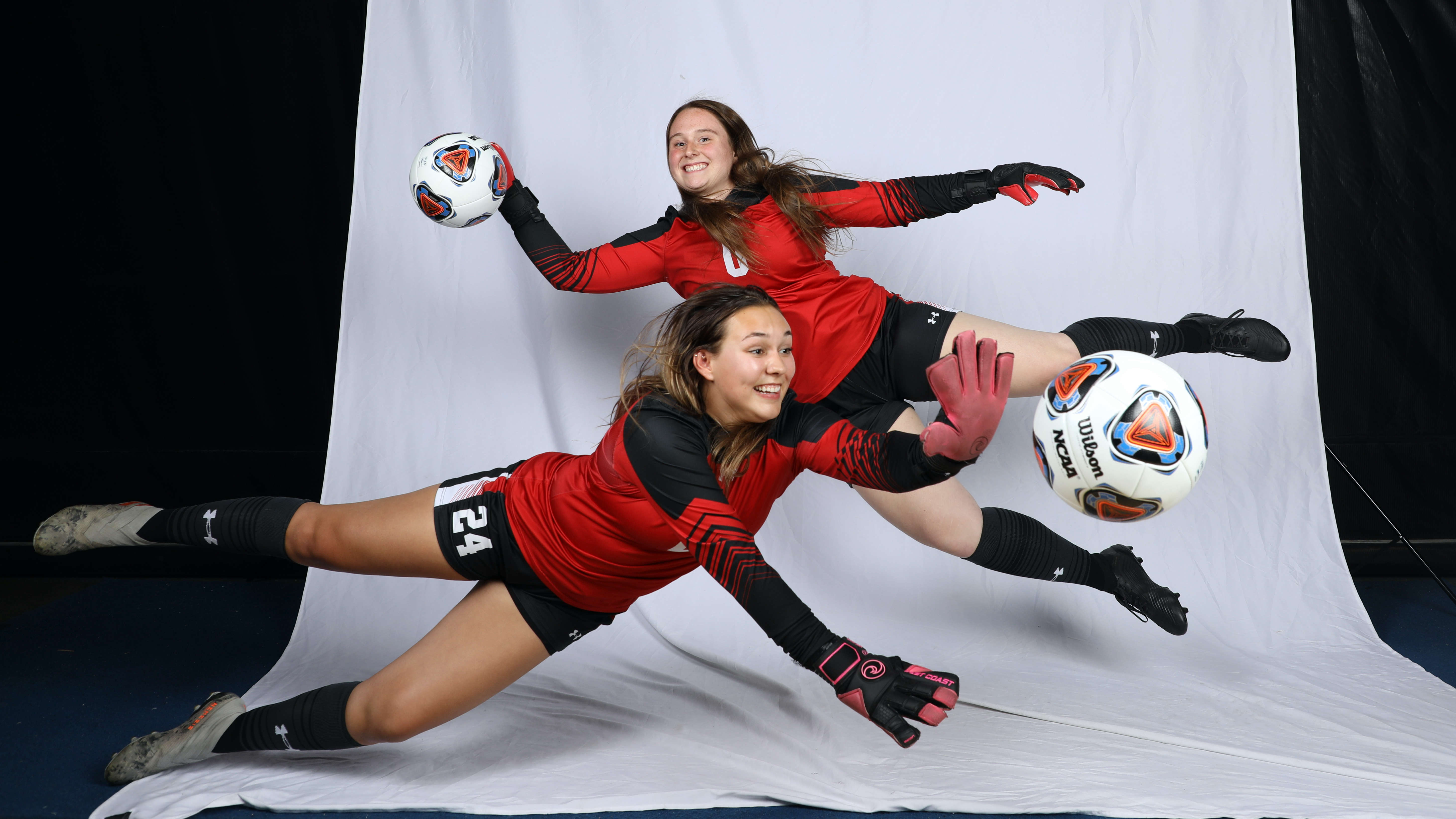 Above - A media day photo. Below - Shaylin with her brother Michael. 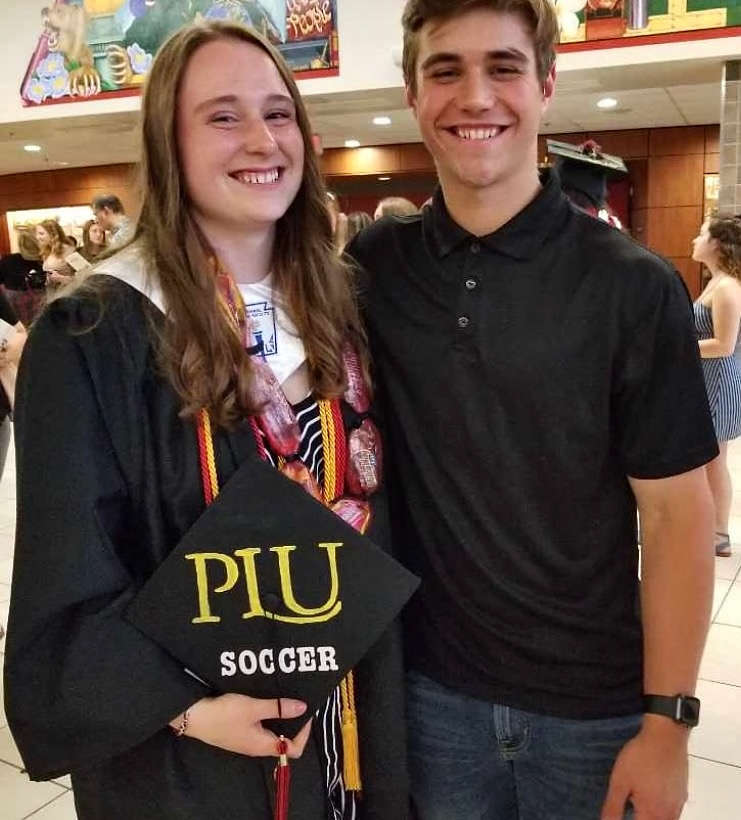