A physical Wednesday 3-0 Crimson Bears win that left senior Owen Costello and junior Kean Buss out with injuries, spilled over into Thursday’s action as the two Southeast Conference rivals went the distance.

Ketchikan drew first blood with a shot halfway through the opening half but JDHS senior Tias Carney was fouled in the box with 10 minutes remaining before halftime and hit a penalty kick for a 1-1 score.

Ketchikan scored for a 2-1 lead in the opening minutes of the second half but JDHS freshman Kai Ciambor hit a free kick from 30 yards out that cleared the keeper’s head for a 2-2 tie.

With 10 minutes left in the game JDHS senior Samuel Holst gave the Crimson Bears a 3-2 advantage on an assist by Carney.

The Kings would score the tying goal with under four minutes remaining to play.

The JDHS boys will host the Thunder Mountain High School boys, Saturday, at 5 p.m. on the Adair Kennedy Field pitch in a key SEC match. 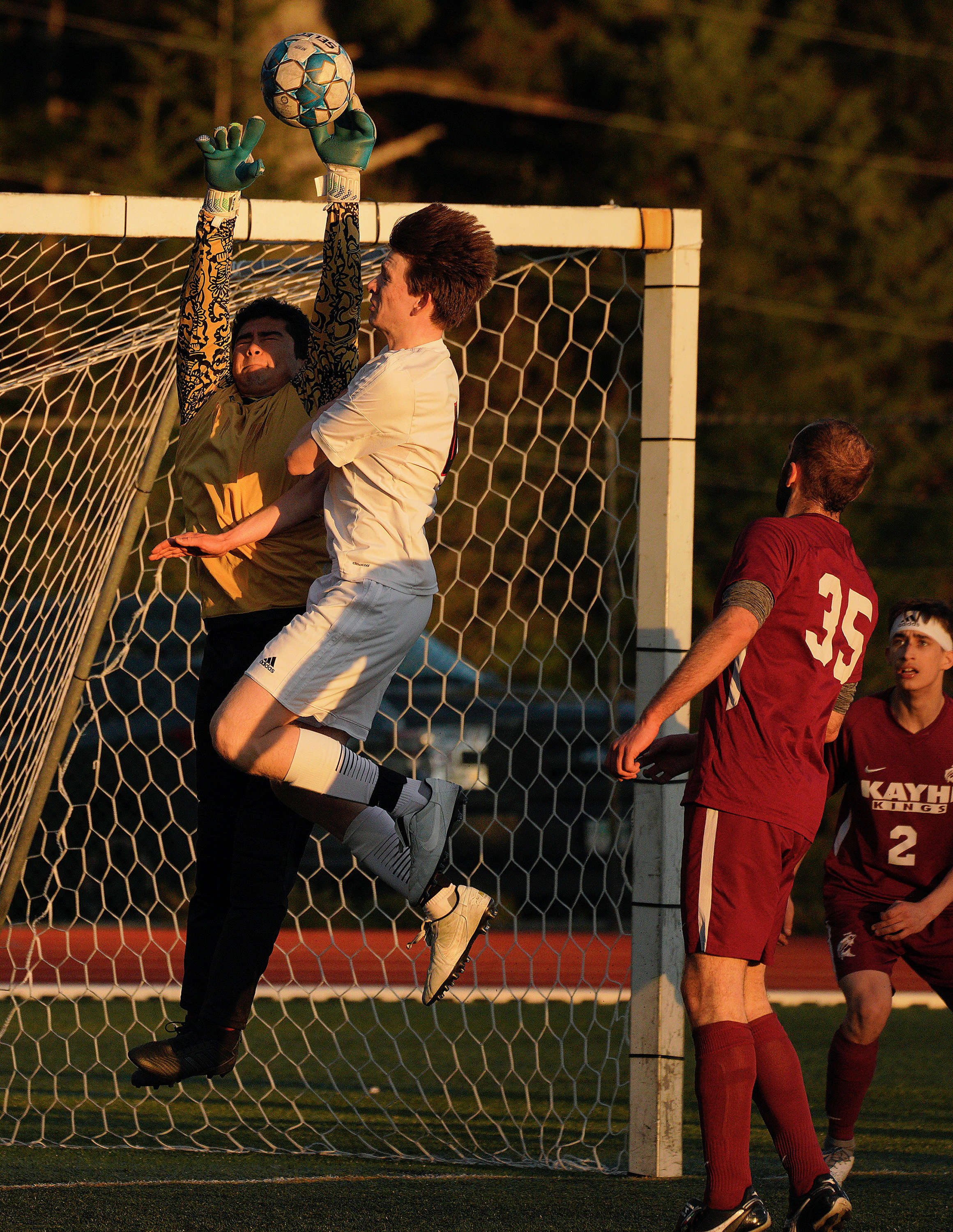