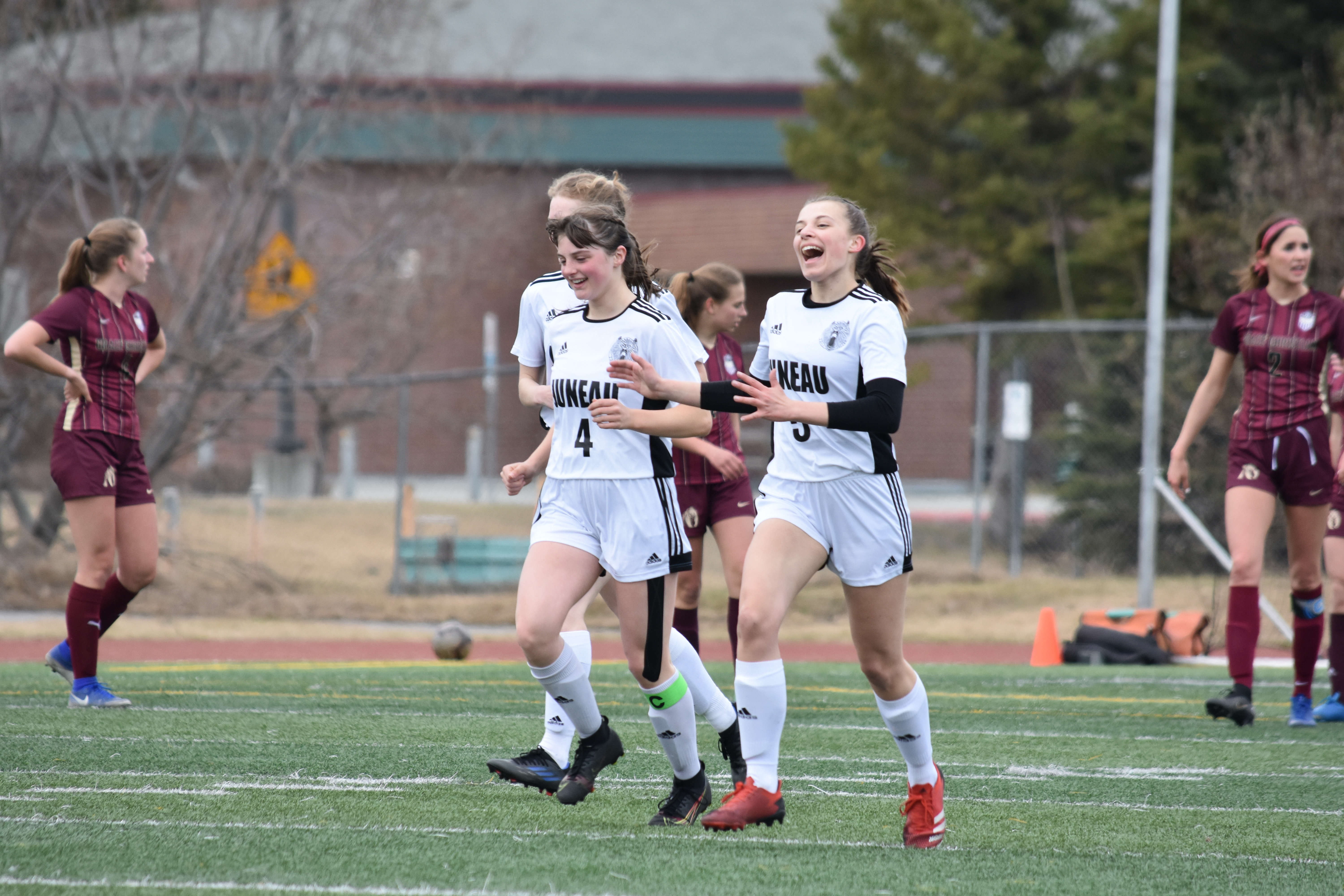 “You are traveling up there, you are hoping to get challenged, have good competitive matches for both your varsity and your JV,” JDHS coach Matt Dusenberry said. “Also the last few years, all we have been dealing with, it has been a while since JV has been able to travel… It is a great opportunity to have the kids get together, be together for an extended period of time…”

The Crimson Bears played the Division I Service Cougars on Thursday and fell 3-2.

Due to travel difficulties, JDHS began their trip at 6 a.m. and did not land in Anchorage until 4 p.m. That path included flights with no ability to purchase food and did not have a snack service, according to Dusenberry.

“That was a challenge because we went straight from the airport to the field,” Dusenberry said. “Understandably we came out a little flat, got two goals scored on us really quick, but we fought back and got back into the game… we had a couple breakaways that their keeper came up big… we had the opportunity to put the game away or at least get a draw.”

“She’s a freshman starting in with all these seniors,” Dusenberry said of Hudson. “That’s a big task just in itself, some expectations on her that maybe she puts on herself… she is also not a physical presence right now and she was playing against a girl who was shooting five-10 or five-11 and has some muscle. Cerys was just a mosquito, a gnat, whatever you want to call it. Maybe she got knocked down a few times but she just popped back up and worked her tail off…”

JDHS was shut out 1-0 by the DI West Anchorage Eagles on Friday.

West has a professional family connection in the soccer world. Eagles’ player Frida Vargas has a 16-year-old brother, Obed Vargas, who is playing and occasionally starting for the Seattle Sounders.

“We decided to drop rather than put pressure on the ball,” Dusenberry said. “And that was just enough space for Frida to look up and put one in right over the top of Zuri (DeJean) in the upper corner. But we still battled and that game was going back and forth most of the match. We had a couple breakaways and we hit their keeper rather than the net. We certainly felt like that was another match that could have been a draw or a win, too. West and Service are two in the top four of that Cook Inlet Conference for qualifying for state.”

“She just was solid in net all the time,” Dusenberry said of DeJean. “And she had a great weekend just as far as she hasn’t always found her voice working with her teammates and encouraging them… because from the goalkeeper position, if you are not making saves and dealing with shots coming at you, you also have the ability to communicate what you are seeing to your teammates that are in front of you… it was great to see that maturation… she was getting quite a bit of action and rose to the occasion.”

JDHS ended their trip on Saturday with a 7-1 win over DII Grace Christian.

Senior Natanya Reed scored her first varsity goals, getting two in the net assisted by Goldstein and Bentz.

“Pretty exciting for her,” Dusenberry said of Reed. “Varsity is new to her. So to get two goals in there is awesome as a senior.”

“We played it in to her feet quite a bit,” Dusenberry said of Bentz. “And she turned and was able to find people into space and or in goal-scoring opportunities… while scoring one for herself she also helped three other people score goals in that match.”

The Crimson Bears play at Thunder Mountain at 5:15 p.m. Tuesday.