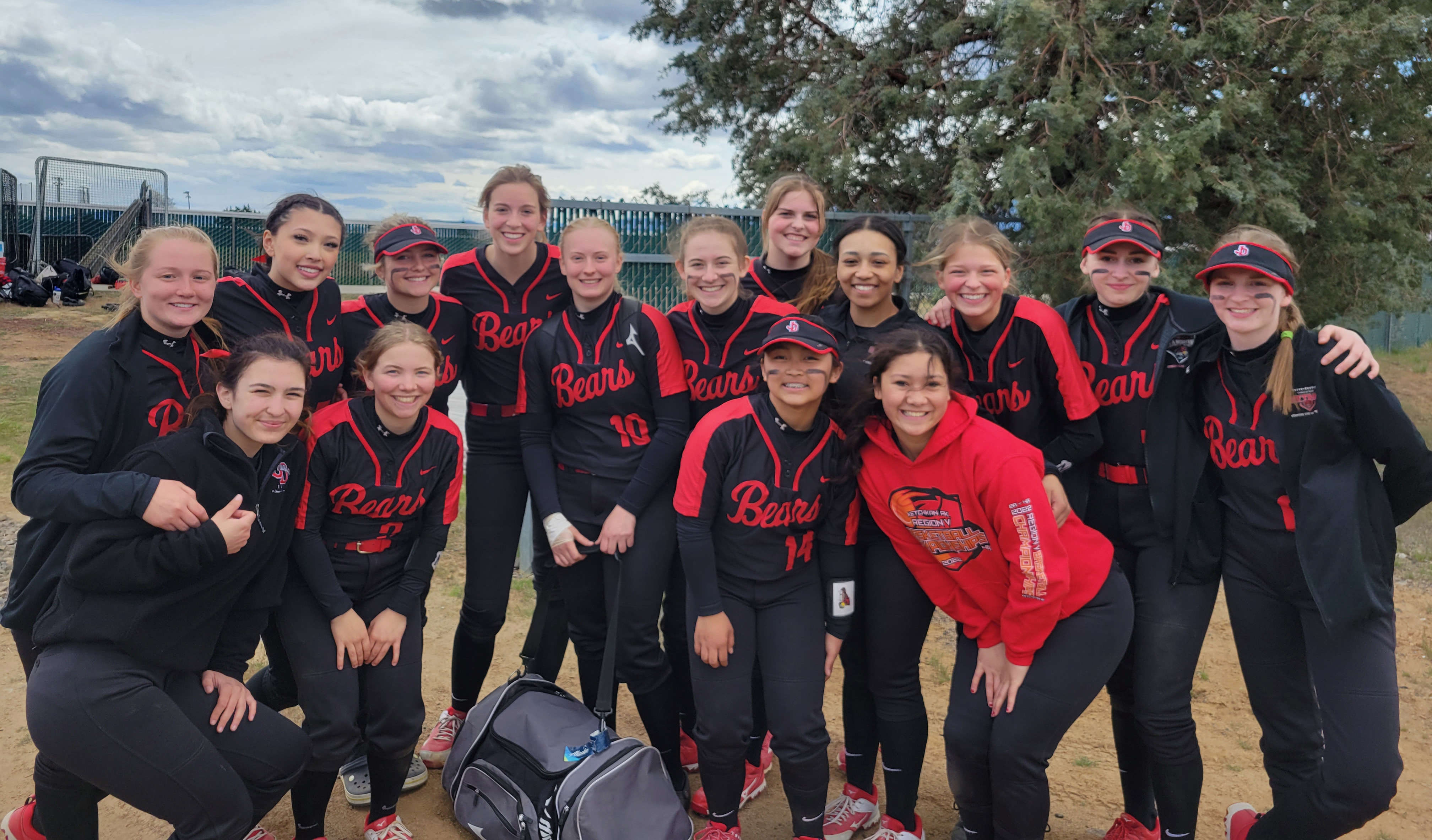 The Crimson Bears played four games in the tournament, losing three and winning one.

JDHS coach Alexandra Razor said she was impressed “That our girls could hang with them when we played our good game. The first day we had more errors than we would have liked but the games were still close. They still were able to hit off these pitchers who some were a little faster, but weren’t too fast. The big difference was that these pitchers down south could really hit spots and so they could really hit corners…”

JDHS opened their California play with a 6-0 loss to Lassen on Friday.

The Crimson Bears had six errors as they adjusted to the environment.

“I think our infield did really well,” Razor said. “Kiah Yadao pitched really well that game. I thought that we did well. It was our first time playing down there… we were all a little nervous… I talked to the Lassen coach and they all thought we were better than what they thought Alaska teams would be…”

JDHS played a second game on Friday, falling to Fernley 9-0 in five innings.

“They were a little better but we were just sloppy,” Razor said.

Schauwecker had the only hit for the Crimson Bears, Oliva and Yadao earned one walk apiece. JDHS batters struck out 11 times.

In a second game on Saturday the Crimson Bears topped one of the stronger teams in the tournament, defeating Carson City 7-5 a 2-3 day at the plate from Schauwecker with three RBI and one walk. Freshman Tatum Billings went 2-3 with two runs scored and classmate Milina Mazon 3-3 with two RBI and two runs scored. Oliva had two hits. Hargrave, Z. Billings and Yadao each had one hit and one run scored.

Schauwecker went 3.2 innings in the circle, had seven hits and five runs, struck out one hitter and walked two. Hargrave relieved for 2.1 innings, allowed two hits and struck out one.

The Crimson Bears also toured the Lassen C.C. campus as well as Chico State University and the University of Nevada Reno.

“I took a couple extra days because we are going that far,” Razor said. “And a lot of these girls will never get an opportunity to get campus tours and so I wanted to give them that opportunity when we were that close…”

JDHS hosts Thunder Mountain at 7 p.m. Friday at Melvin Park Field and plays at TMHS on Saturday at 10 a.m. and 1 p.m.

“We’ve got some things to work on this week before we go against TM,” Razor said. “Our biggest thing is just our players need to have confidence in themselves and confidence in their ability… that’s on the field and also off the field getting these girls to believe in themselves and know that they are capable of more than what they think. That’s a big part of what we have to work on.” 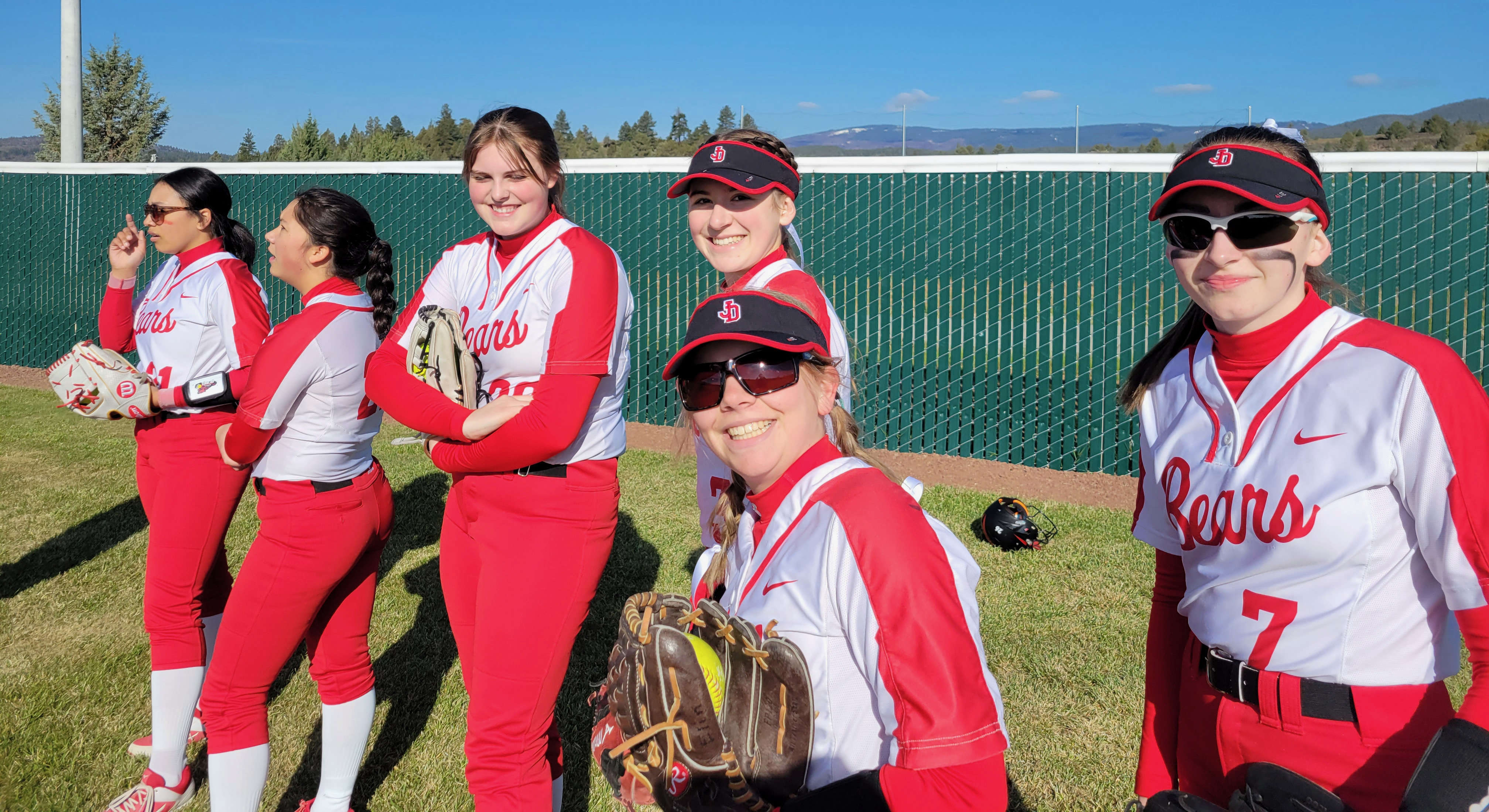 Above - Members of the JDHS Crimson Bears softball team pose for a photo during their trip to California. (photo courtesy JDHS softball)