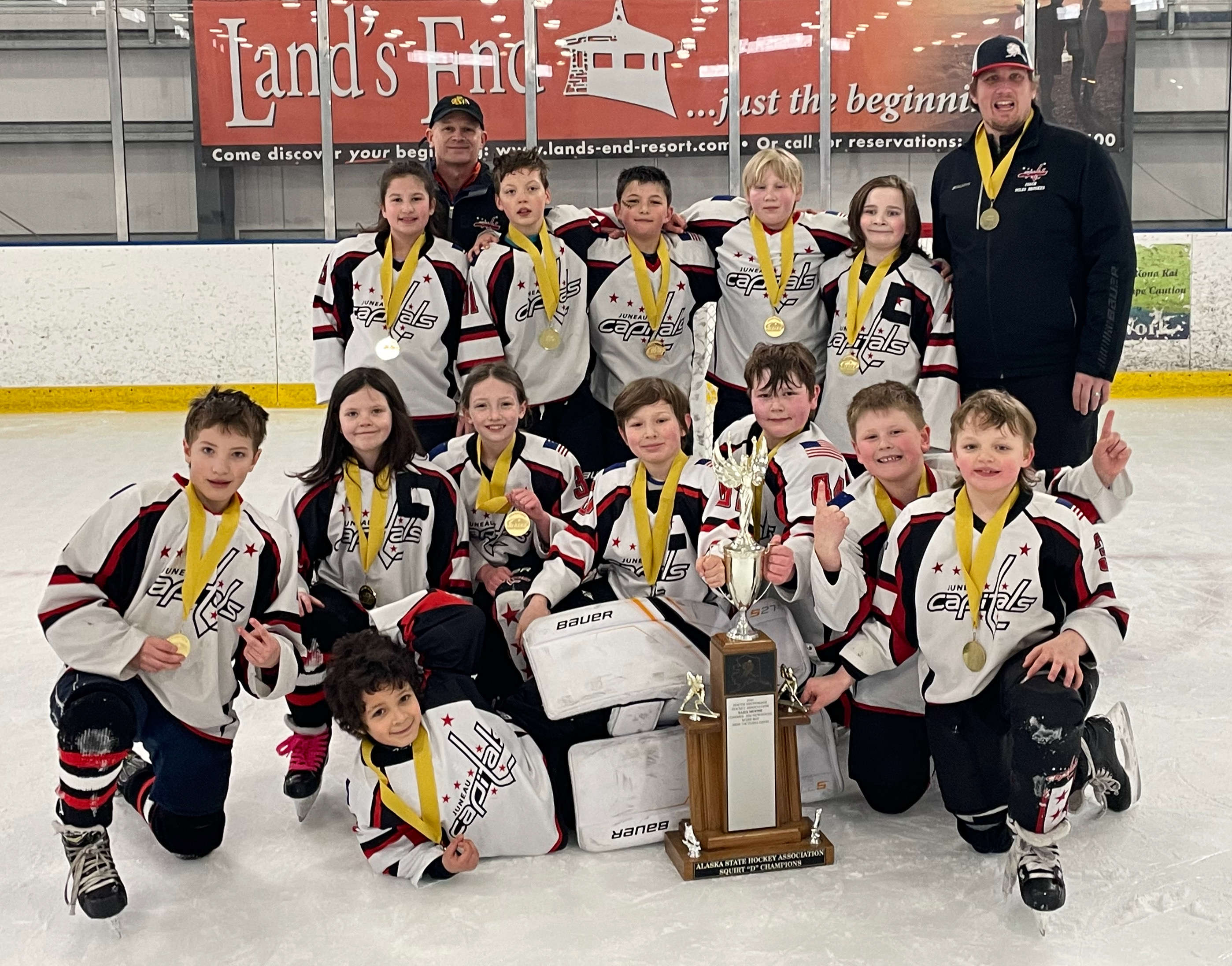 Juneau went 6-0 in the three-day tournament which included wins over Kodiak 8-0, Alaska Avalanche 9-1, Kenai 11-0, Anchorage Willingham 11-2, and Anchorage Engel 3-1 before defeating the Gomez Foundation 8-1 for the title.

In the title game Andrew Troxel scored in the second period for a Juneau 1-0 lead. Anchorage tied the game in the period but Troxel put Juneau on top again with 6:45 left to play in the third period.

Juneau’s Calen Sooter added a score with under two minutes left to put the game out of reach according to coaches.

Juneau coach Randy Host said it was the first time some of the players had ever skated in a tournament outside of Juneau. Host was assisted by coach Miles Brookes.

Hayes also had two shutouts in goal in three wins and Arya Gribbin had one shutout in her three victories. The team also had strong defensive showings from Tori Petrie, Oscar Lamb and Warren Ploof.