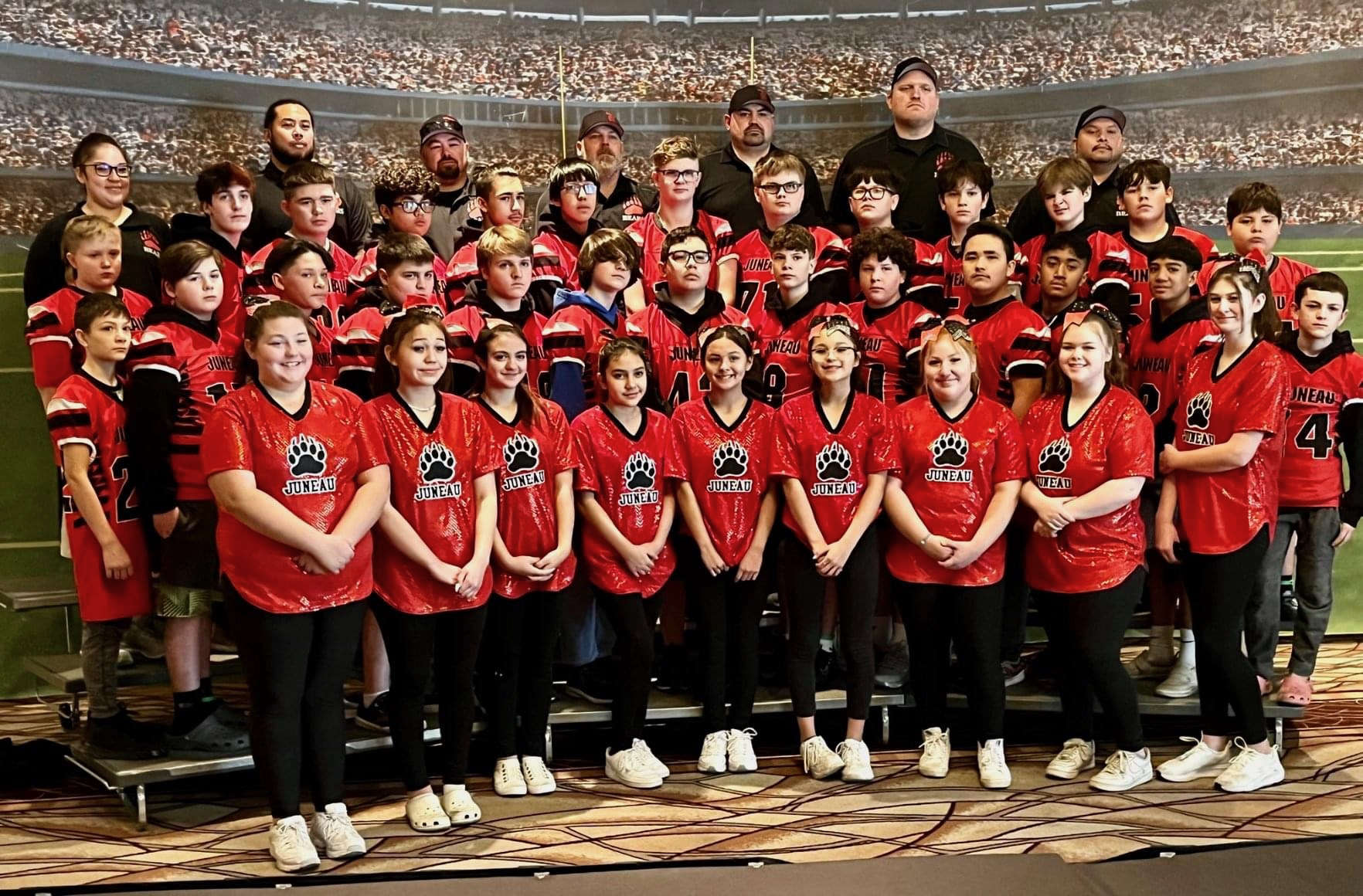 “Unfortunately we got classed into the wrong division,” head coach Josh Mahle said. “We were playing against kids in high school.”

The Juneau Bears range in age from 13-14 and had one 12-year old and one 15-year old on their roster. Playing up a bracket meant they played against rosters of high school freshmen ages 15-16.

The Bears fell to Colorado 41-0 on Thursday and lost to California 30-0 on Saturday.

“The kids were amazing and instead of dropping their heads and giving up, they played to the best of their abilities,” Mahle said. “During the second game they were offered to end the game early, their answer to that was ‘you coaches taught us to finish what we started and that’s what we came here to do.’ I have to admit it was an emotional moment for all of the coaches.”

“Couldn’t be more proud of these kids dealing with the circumstances they were under. Just want to thank the community of Juneau all the businesses and people that supported us, the volunteers that showed up and took care of us during this trip were amazing. The cheerleaders, Julie Carter, Donald Law,Tiffany Ridle, Kia Mahle, Heather Mahle did everything for us to be able to just focus on football we couldn’t have done it without them.”

“Our kids played their hearts out all four quarters in both games,” Mahle said. “They never gave up and played until the final whistle. Tears were shed because they didn’t reach their goal of a championship but the lessons they learned and the friendships they made will last forever.”

After the tournament the players approached the coaching staff and asked what they could do to improve themselves and be able to compete better at the next level they will encounter.

"They started asking 'how do we get to that level, what do we need to do, how do we get with the high school off season program and start training,' you know, so they could get ready for the Huskies team," Mahle said. "They are in it. They see that they can get better. They want to get better. The rest of the kids are excited for next year that are staying in the JYFL for another year. They want to come back and compete again. They are not deterred, they are excited."