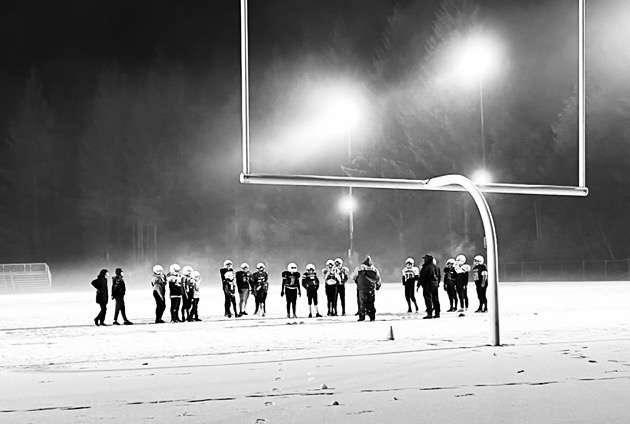 Juneau, Alaska (KINY) - The Juneau Bears, the Juneau Youth Football League senior division all-star team, will be competing in the National Youth Football Championships in Las Vegas, Nevada, playing against teams from California and Colorado, on Thursday and Saturday.

“It is put together for programs like ours, that aren’t really big programs,” Juneau Bears head coach Josh Mahle said of the tournament. “It gives the kids some opportunities to play some different teams. Most leagues, like Pop Warner, travel to tournaments and such. This is for the small football programs to go to and get a chance for new competition. It’s good for the kids too.”

The JYFL spend a majority of their year fund raising for the league. These players have been doing so since they started in the flag football division of the league.

“This is kind of a send off for the senior division before they go to high school,” Mahle said. “It’s a neat thing for them to do and kind of a thanks for participating in the JYFL all these years.”

The JYFL season began in early July with a camp for players across the league, which includes flag, cubs, juniors and seniors.

“That’s kind of our evaluation process before we make the teams,” Mahle said. “Everybody gets to see the kids… and we divide them up as evenly as possible.”

Due to low league numbers just two teams competed in the senior division. In the four games against each other the total point difference was just five points. Each senior team also hosted a game against Sitka.

Their regular season ended in early October and the all-star team has been practicing since.

“All the kids put in so much effort fundraising that they exceeded our goals that we could afford to take everybody,” Mahle said. “Anybody that met the fundraising goals and procedures. Which ended up being pretty much everybody that played this year gets to go to this tournament. It’s a lot easier to coach this many kids, as weird as that sounds. When we were playing in the regular season we would have 14 kids at practice and it is tough to run an offense and defense against nothing, it looks great against air but then you get into the game. To have this many kids and be able to put an offense against a defense and give the kids a real game experience in practice has been hugely beneficial for coaches to see what is going on, but for the kids themselves too they can make adjustments and see what is working and what is not.”