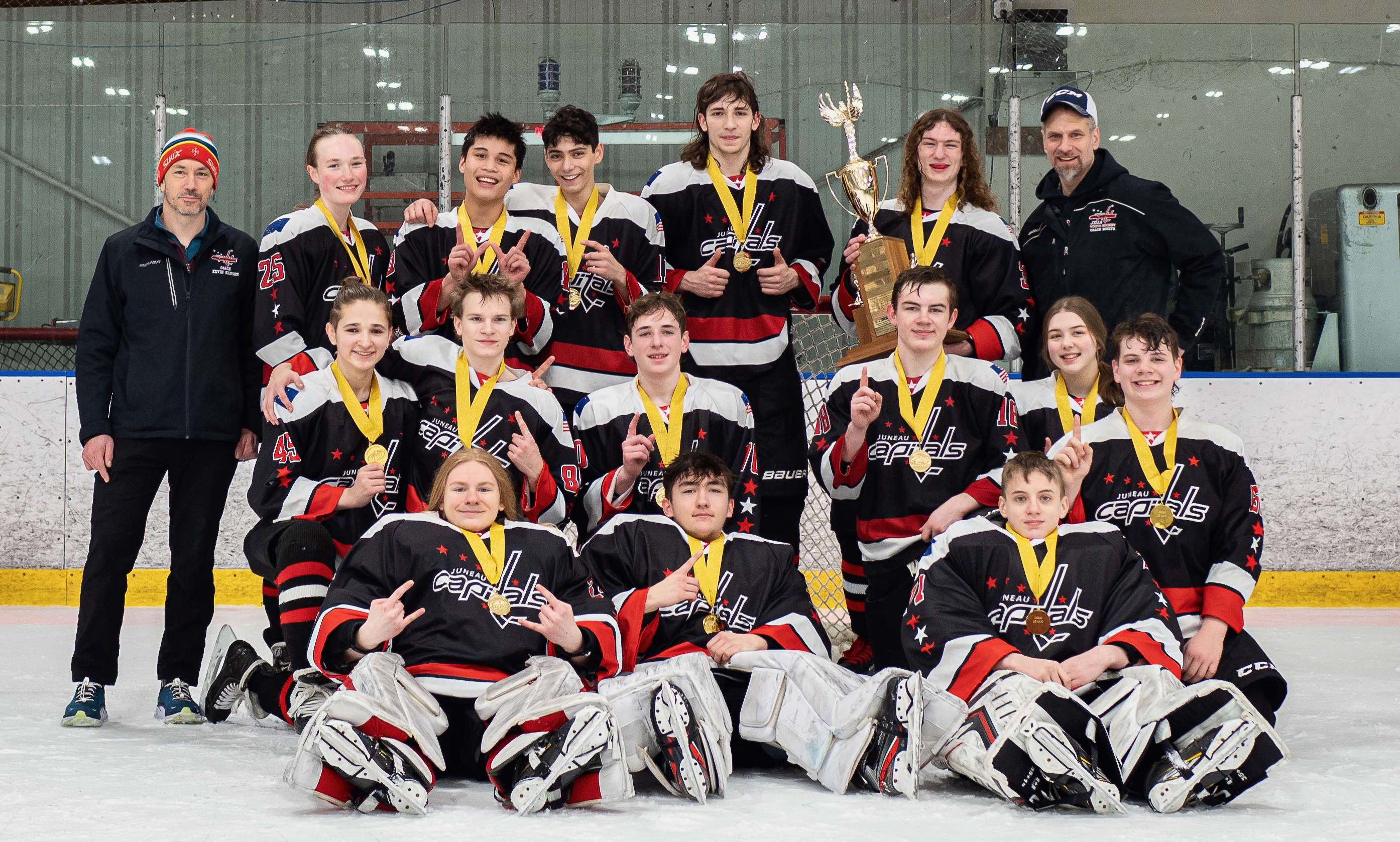 The Capitals had lost twice to the Comets in the three-day, three-team tournament, but qualified for the title game by defeating Fairbanks twice in the round-robin play Saturday and Sunday. The Capitals suffered two 4-1 losses before meeting the Comets again, this time for the title on Monday morning.

Already missing two key defensemen to injuries, the Capitals withstood periods of relentless attacks and converted critical opportunities to hold off the Comets, returning home with a championship trophy.

Caden Johns stated the Capitals to a first period lead with assists from Gabe Hansen and Sonny Monsef. Monsef would put the game out of reach with Juneau’s third goal with six minutes to play in the third period.

The victory ended a four-game skid against the Comets, who also twice defeated the Capitals at the Presidents Day Tournament in Anchorage two weeks ago.

“This team adjusting, making corrections, and fighting through adversity throughout the entire tournament is everything you like to see as a coach,” Capitals coach Mike Bovtiz said. Bovitz was assisted by Kevin Hansen.

Going into tournament with three goalies is a unique situation,” Coach Bovitz said. “The goalies were well prepared, played well, and did exactly what was needed to complete the task of giving the team a chance to win state.”

The Capitals got additional production from Matthew Plang with two goals and one assist, Busby West with two goals, and Lake Bartlett with one goal and one assist. Other forwards contributing offensive support were Xavier Meloncon and Marzena Whitmore.

“Watching this team having fun with the games while working hard, and then to have this success, that was an awesome experience for us all,” Bovitz said.