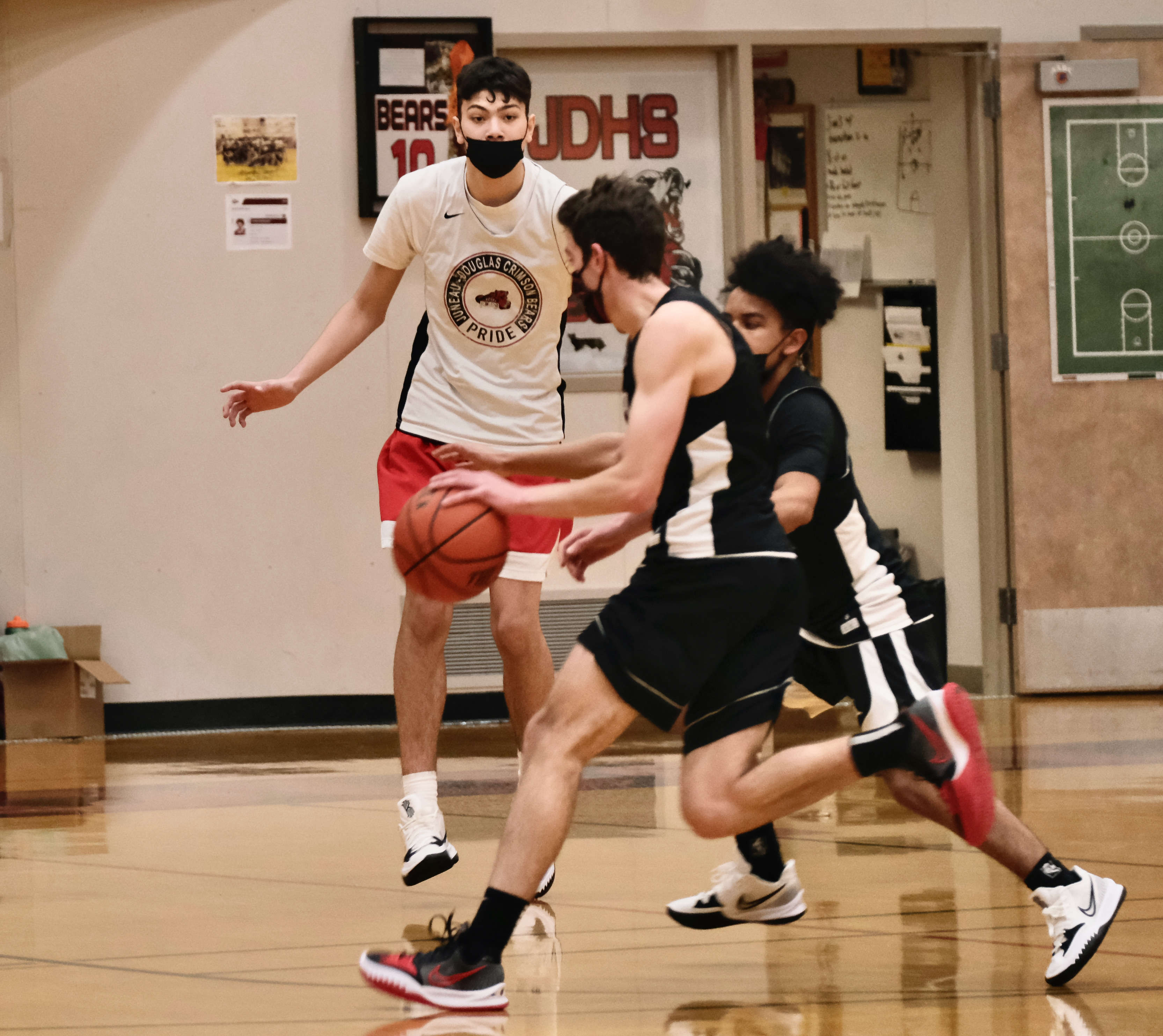 “It was a battle all the way through and we played a lot harder than yesterday,” JDHS coach Robert Casperson said. “We were more aggressive on both sides of the ball today.”

Oliver added 15 points in the second half, including three shots from beyond the arch, Carrillo another nine points, and junior Kai Hargrave joined the shooters with two shots past the arch himself.

“We were down seven points at about the 10 minute mark of the second half but played into a one point lead with about eight seconds left in the game,” Casperson said.

The Crimson Bears gave up a three-point shot with just 3.1 seconds remaining to lose the lead.

“We had a chance for a good dribble attack and jump shot on the ensuing inbounds play, but the shot we got was off the mark,” Casperson said.

“We're making strides in the right direction and quickly learning about the intensity needed for a high school varsity game,” Casperson said.

The Crimson Bears opened their season in the Tarkanian Classic on Friday with a 42-30 loss to home town Amplus Academy. Juniors Orion Dybdahl and Josephy Aline, and Carrillo, Oliver all scored six points each. Hargrave added four points and Nelson two.

The Crimson Bears play through Tuesday in the Tarkanian Classic.

“The first thing we have learned is the amount of effort it takes to play in a high school varsity game,” Casperson said. “We discussed it coming in and I thought we had been practicing pretty hard, and I was pleased with our efforts in practice getting ready for this tournament. But really there is just no opportunity to take plays off in a high school varsity game because the other team isn’t going to do that. We learned that lesson in our first game, and I thought we played extremely hard in our next game.”