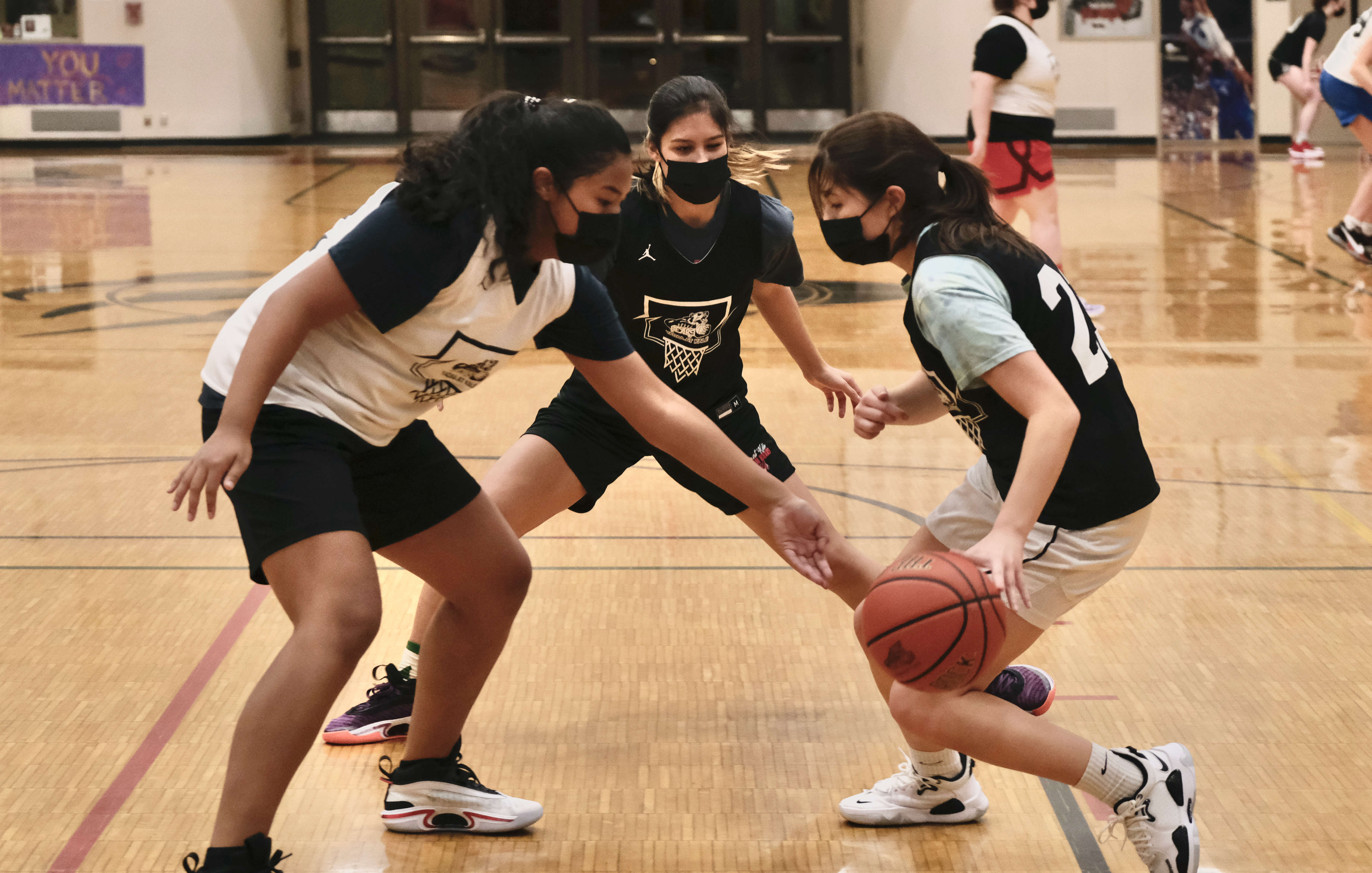 Juneau, Alaska (KINY) - The anticipation of a long season filled with many games needs a roster that can carry that load, and this year’s Juneau-Douglas Yadaa.at Kalé Crimson Bears girls basketball team can carry a lot.

“I like that we seem to have a lot of size,” Crimson Bears coach Steve Potter said. “And we have had the size before but now it has another year of experience under it.”

The Crimson Bears return three starters from a team that played within six points of Region V Champion Ketchikan in every game last season, and had the upper hand against a senior laden Thunder Mountain team until falling in the Region V playoffs to the Falcons.

JDHS senior Trinity Jackson and juniors Skylar Tuckwood and Ashley Laudert all had impacts on a team that compiled an 8-9 record overall and were 3-6 in the Southeast Conference. Crimson Bears junior Kiyara Miller also got extended minutes down the stretch.

“We are a pretty experienced group,” Potter said. “We are almost exclusively seniors and juniors, which is quite a bit different than we have been the last couple years. Whereas some of our lack of experience may have hurt us in the past, I think that, hopefully, it will make the difference for us in close games this year.”

“I don’t think we are going to replace them in a one-to-one situation,” Potter said. “We have several guards that are combo guards and I think that we are not going to necessarily have a primary ball handler. We have a number of people who can handle the ball and we are looking to attack with whichever of them is able to get the ball first.”

“We won’t replace it with one player but I think we are going to be okay because we can pick and choose a little more with who handles the ball,” Potter said.

A key component of leadership will come from Jackson.

“Preseason has been good,” Jackson said. “We have gotten more of our varsity girls to go and we seem like a pretty dedicated team. I really hope we can do good at regions. It's my last year and it’s always a hope, but I think we have a strong team this year.”

The Crimson Bears travel to a tournament in Kenai this Thursday through Saturday, host the Capital City Classic, Dec. 27-30 and travel to Fairbanks for a tournament, Jan. 26-29.

“We travel north, which we didn’t do last year and we are having the Capital City Classic, which didn’t happen last year,” Potter said. “And in January we are going to Fairbanks. So we are going to get out and about and play a lot of basketball, and hopefully get better as the season goes on. We’re making mistakes in practice but not anything that has to do with a lack of effort.”

Aside from the Capital City Classic, the Crimson Bears first home game will be against Ketchikan Jan. 7-8. The Lady Kings are defending Region V champion and, aside from one uncharacteristic shooting night at the state tournament, should have been defending state champs. Ketchikan returns their entire roster so fans can expect both teams to be high octane.

“I expect us to make our mark on defense,” Potter said. “We might push the ball a little bit more. I think we will focus on that a little more.”

A full season will allow Southeast teams to not only experience out-of-conference competition but reinvest in region rivalries.

“With a rivalry both teams are supposed to win,” Potter said sarcastically. “Ketchikan has gotten the upper hand. Certainly last year, they beat us four times. All the games were relatively close but they still won. The year before was a little bit different in our favor but they have been stringing together quite a few Region V titles.” 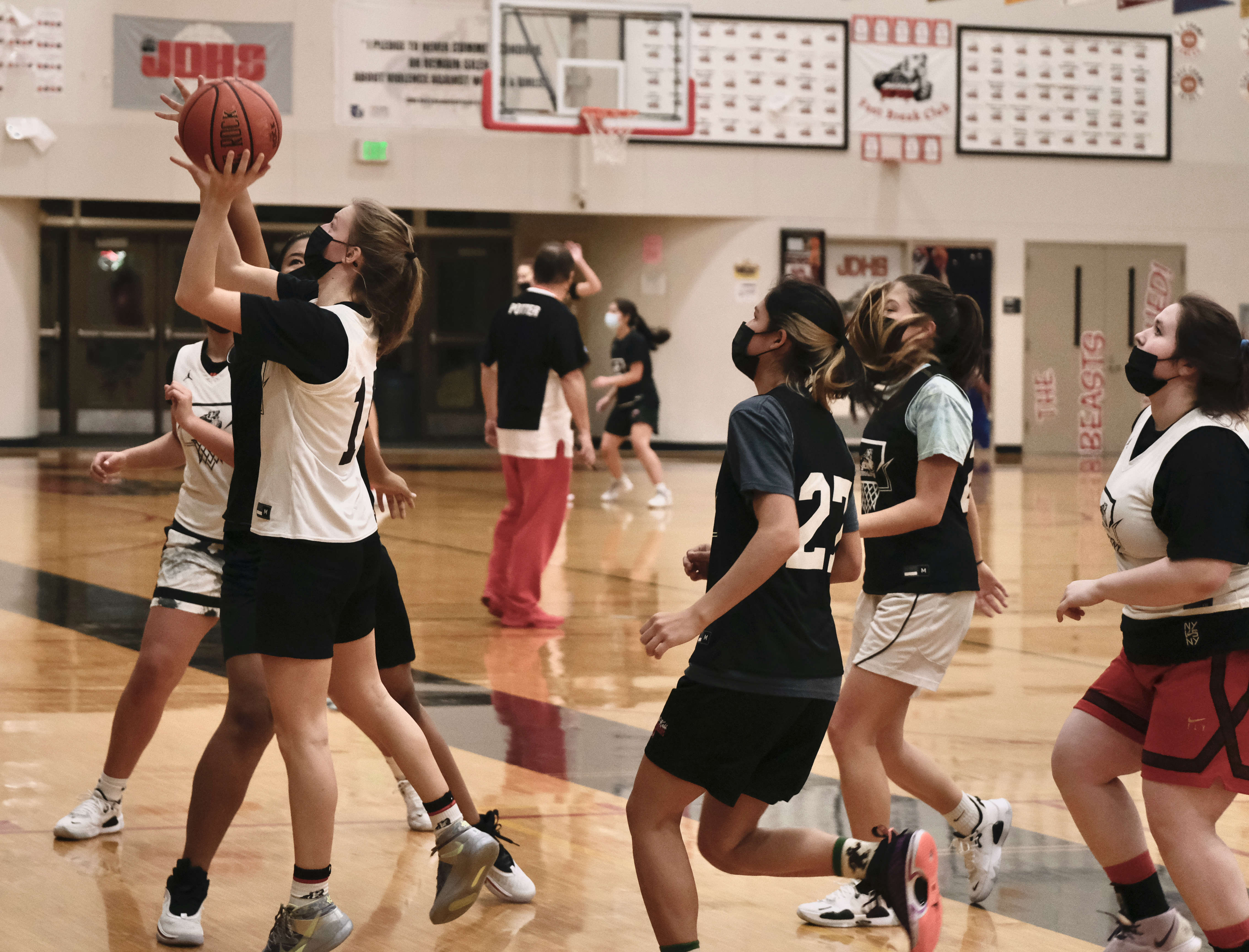 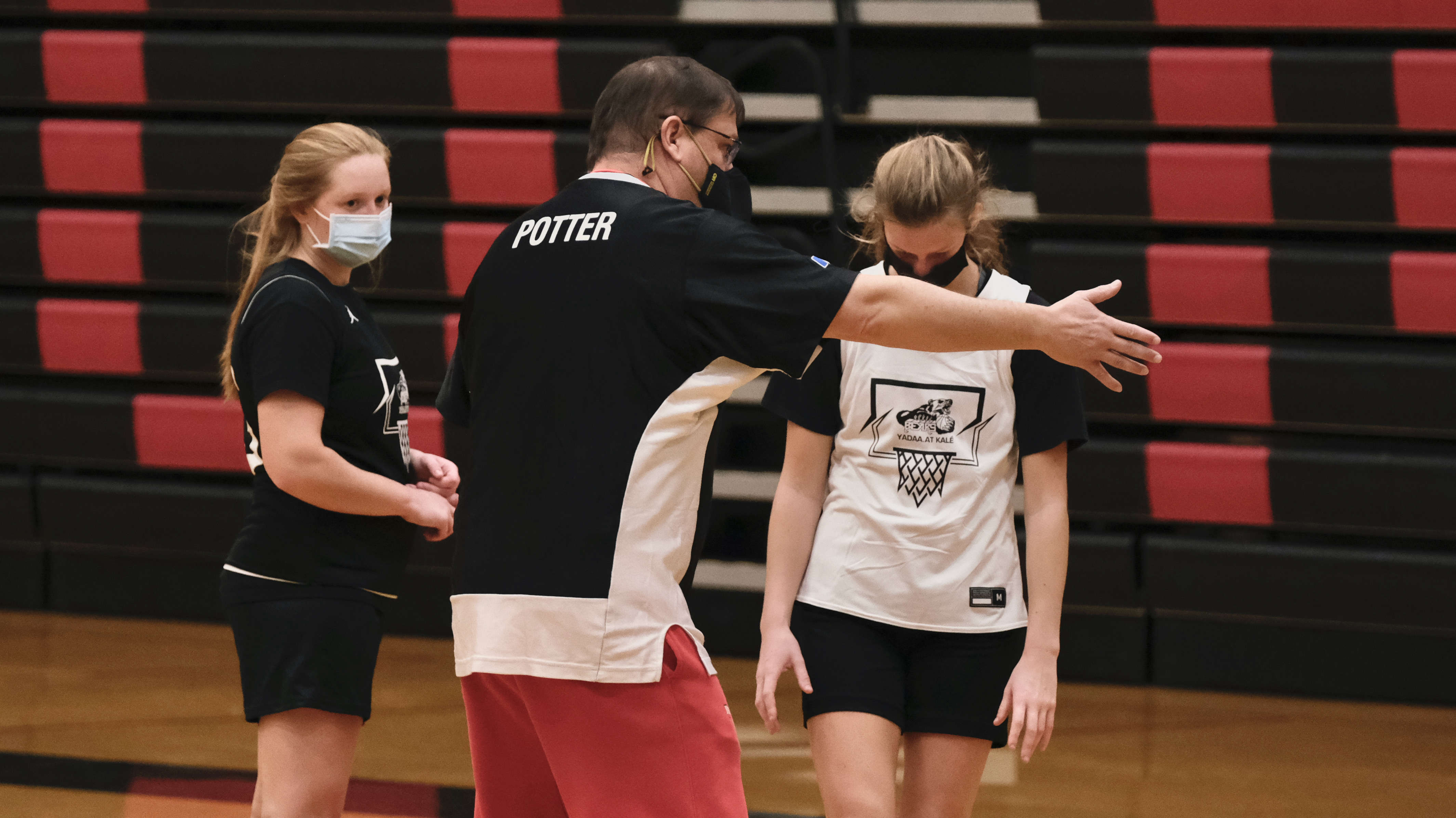