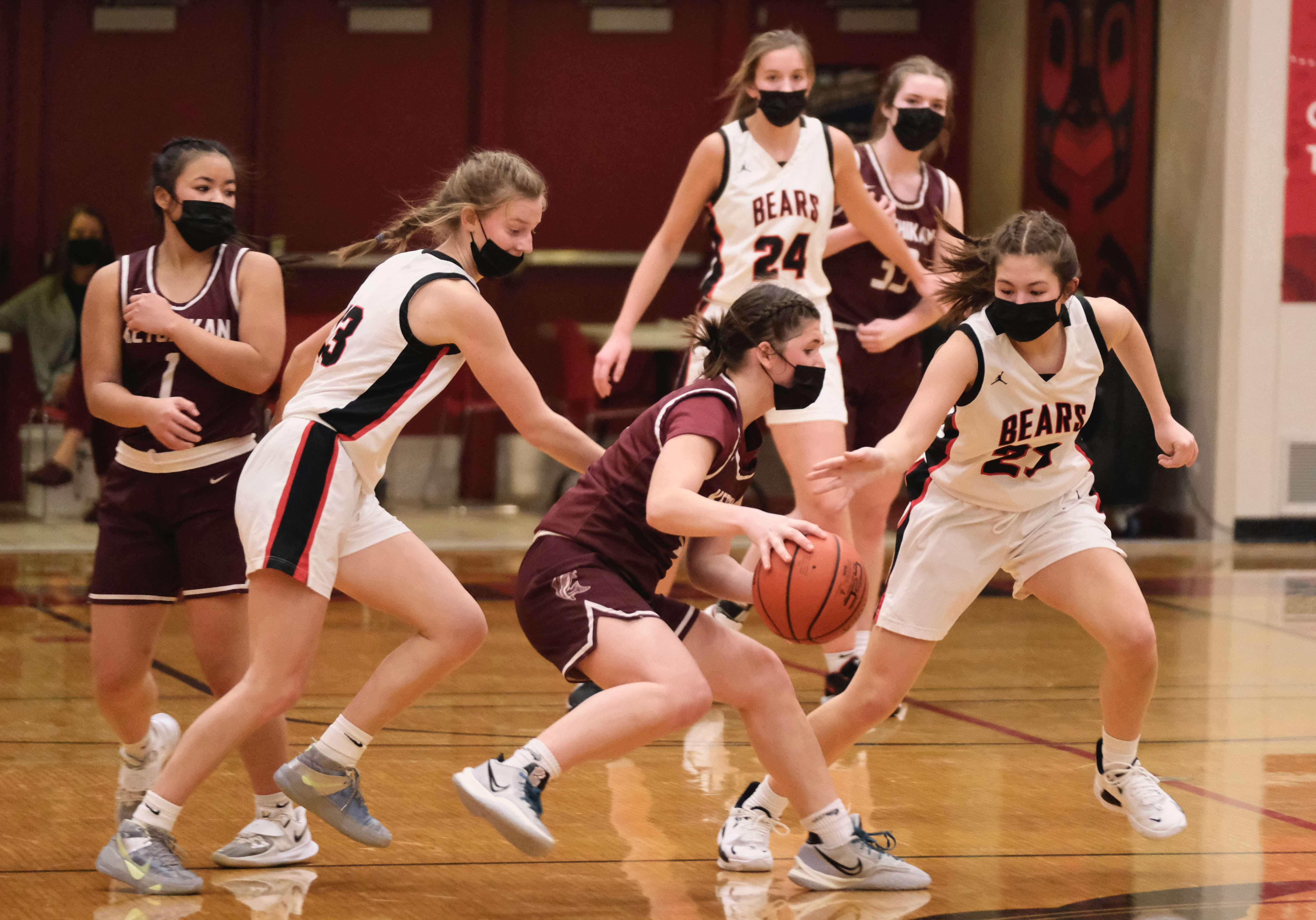 “We are struggling with our half court offense,” JDHS coach Steve Potter said. “Their ball handlers are solid enough that we can’t just turn them over like we have been able to do against some groups.”

The Crimson Bears had strong first halves in both games over the weekend largely due to their improving full court defense, led by seniors Trinity Jackson and Rebekah Grube and juniors Skylar Tuckwood and Kiyara Miller, and the inside play of senior Gabbi George-Frank, junior Ashley Laudert and sophomore Mila Hargrave. JDHS trailed 25-22 after two quarters on Friday and led 19-14 at halftime on Saturday.

“In the first half we didn’t see nearly as much press from them because we were able to stop them from scoring,” Potter said. “If we are making it hard for them to score, that makes it harder for them to get into their press which makes it easier on our guards. We definitely haven’t handled the press as well as I think we are capable of.”

Laudert had six points in the first quarter on Saturday to establish the Crimson Bears inside and Jackson and Tuckwood were the offense in the second quarter.

“We approached it with a few more specifics of things that we were trying to do,” Potter said of Saturday’s game. “We executed our plan fairly well, but we had a let up at the start of the third quarter.”

JDHS stayed within striking distance as Jackson and Grube connected from deep and Hargrave found space inside and the Crimson Bears trailed 35-30 after three quarters of action.

Free-throws decided the game in the fourth quarter. JDHS hit just five of 12 at the charity stripe while Ketchikan went seven for nine.

Tuckwood stole a ball with five seconds left to play and buried a deep shot past the arc to pull the final score to within five points.

“We had opportunities from the free-throw line,” Potter said. “I think we missed 13 in a game we lost by five. So we got better in some areas and we slipped in other parts. It is all part of the process of getting better.”

“I think that we are seeing definite improvement,” Potter said. “On Friday Kiyara (Miller) was a real spark for us. She had several steals and double figure scoring. Of course Trinity (Jackson) is always our mainstay. I thought that our bigs on Saturday gave us really good minutes. It would have been nice if we made a couple more free-throws. Ketchikan was a lot more aggressive offensively and drew a lot of fouls… we need our bigs getting fouled more than committing fouls, which was a big improvement for us in our games over Thunder Mountain.”

Tuckwood had 15 points on Friday and Miller 10, while Miller had four steals and Jackson three, and Laudert eight rebounds.

Once again the Lady Kings had a high powered third quarter with Johnson hitting three past the arc and Mendoza controlling the court. Johnson finished with 14 points and Mendoza, senior Paige Boehlert and Rhoads 10 each.

“Once we lost on Friday the chances of our winning the league was pretty remote,” Potter said. “The idea now is that we are working on getting better and being more equipped to deal with them the next time we see them which will likely be at regionals. I thought the girls played really hard and we just need to shore up a couple things. I really think we are right there but it is just a hump we haven’t gotten over in a while. I think they have beaten us eight in a row now.” 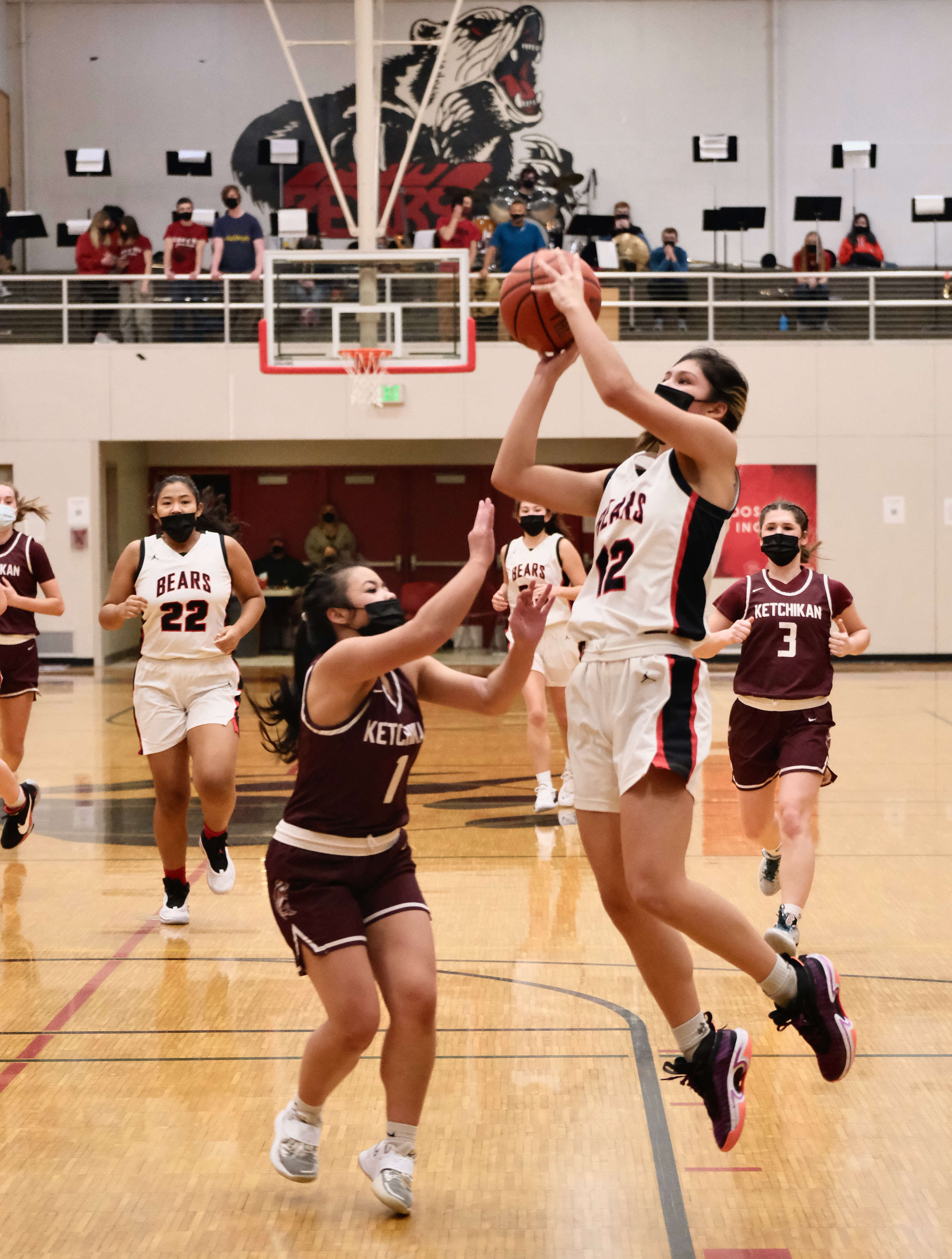