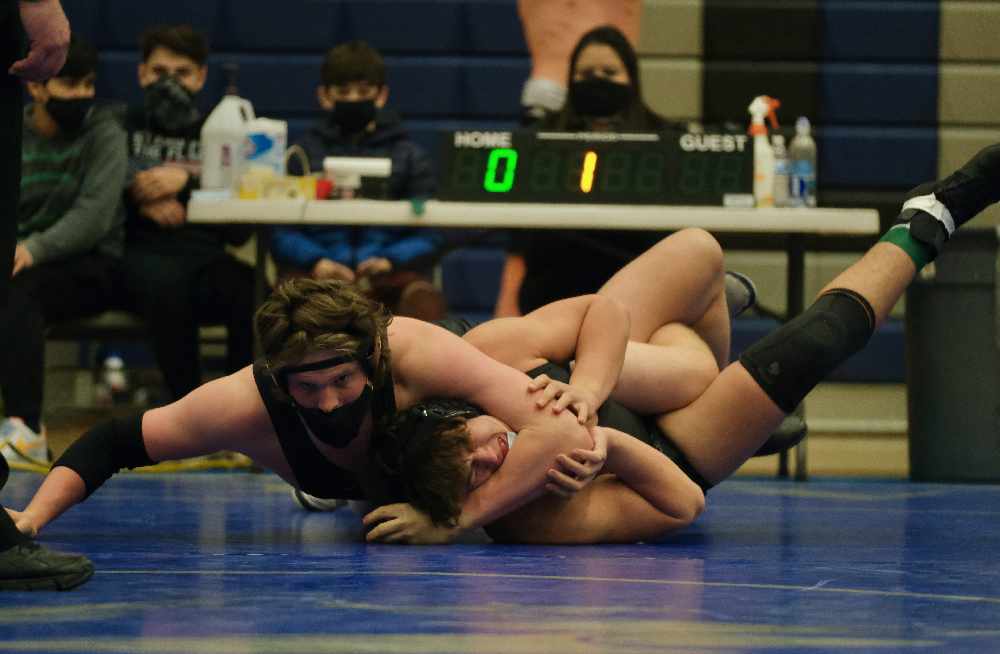 TMHS seniors Camden Erickson and Nate Houston were honored before the finals matches since this will be their only home meet this season.

“It’s a pretty weird feeling knowing that the end is near,” Erickson said. “The season is definitely a bit different than most seasons, but we are making the best out of it.”

Erickson took the 215 pound finals over Wrangell’s Jake Eastaugh and finished the weekend undefeated, with seven wins, while Houston bumped up in weight from 125 to 130 pounds for more matches and went 6-0 on the weekend.

“I am just looking forward to getting better and working on what I need to do to further my life,” Houston said. “Hopefully wrestling can help with that. We have a lot of new faces on the team, a lot of new people to meet, and a lot of new friendships to make.”

The tournament is named in honor of Brandon Pilot, a Crimson Bears freshman who died in a car accident on Fish Creek Road on Nov. 18, 2000. A week later, the wrestling team went on with the scheduled Thanksgiving Classic wrestling meet, dedicating it to Pilot’s memory and won the team title. The following year the tournament was renamed in his honor, and each year since it has showcased the wrestling talent from across Southeast.

Juneau coach Josh Houston said this season has been a bit strange with a move from October to late March and with COVID-19 protocols.

“The multiple rules and regulations between state and federal and local and obviously the school district having their own rules has been a lot,” he said. “It is just a lot to juggle. It takes a lot of people helping out… the athletic director, and other coaches… a lot of things to do to make sure we are doing it in a way we can continue to do it.”

“We just have a good group of kids that are well behaved and really hard workers,” he said. “It is a fairly young team as well. So I think that theme is going to continue to carry for the next couple years, and we are in a good position for building. I like the fact that a majority of our team are underclassmen as compared to upper classmen.”

In his final senior home match, Camden Erickson faced two teammates in his weight class and a wrestler from a talented Wrangell program.

“Definitely I was a bit rusty,” he said. “It has been a year and a half since I have been on the mat last. There are things to work on but overall I think I did pretty well. The team as a whole I was happy with, I think we all wrestled good.”

“Definitely I put a lot into it, but I am happy where I have got and to be doing it with a lot of the same kids I started out with is pretty cool. Competing is definitely the best part of wrestling. There is a lot of really hard work that goes into wrestling that people don’t see. You showcase everything once you get to a tournament so competition is my favorite part of the game without a doubt. Obviously practice is not the most enjoyable thing but it is definitely necessary.”

Wrangell will host a meet next weekend. 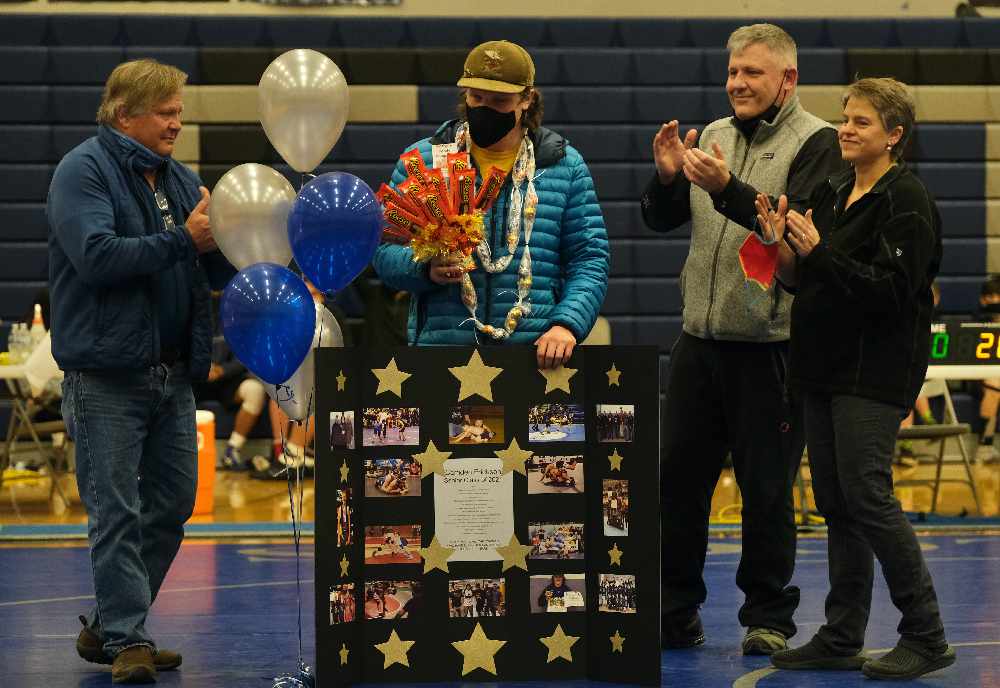 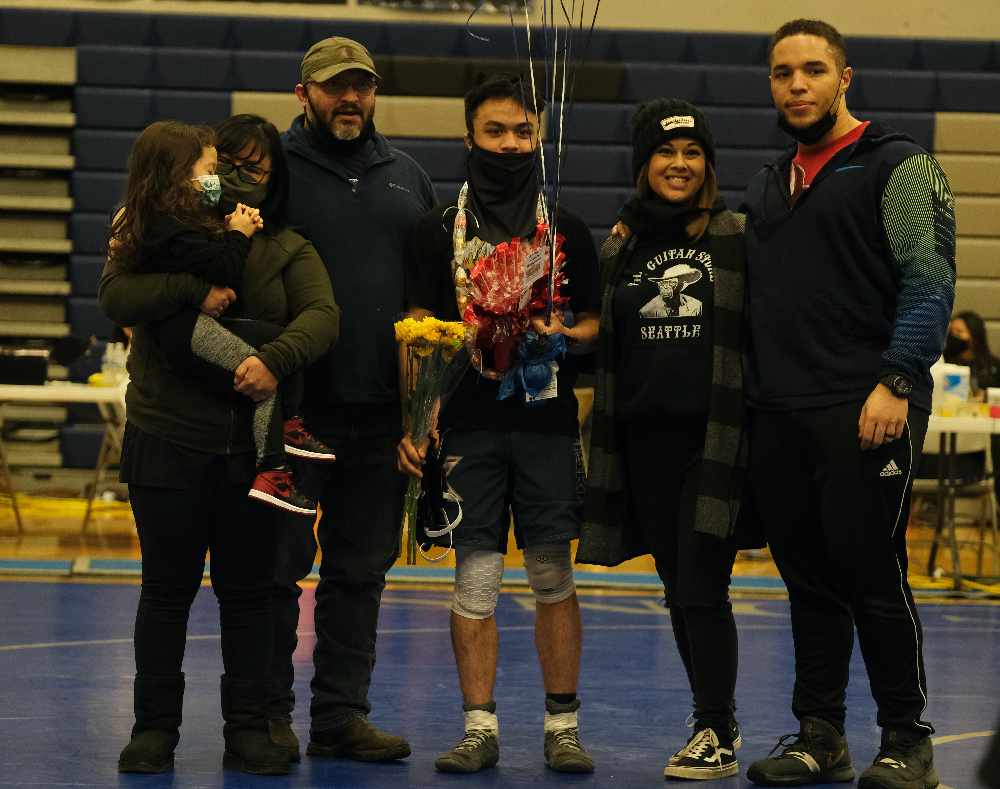