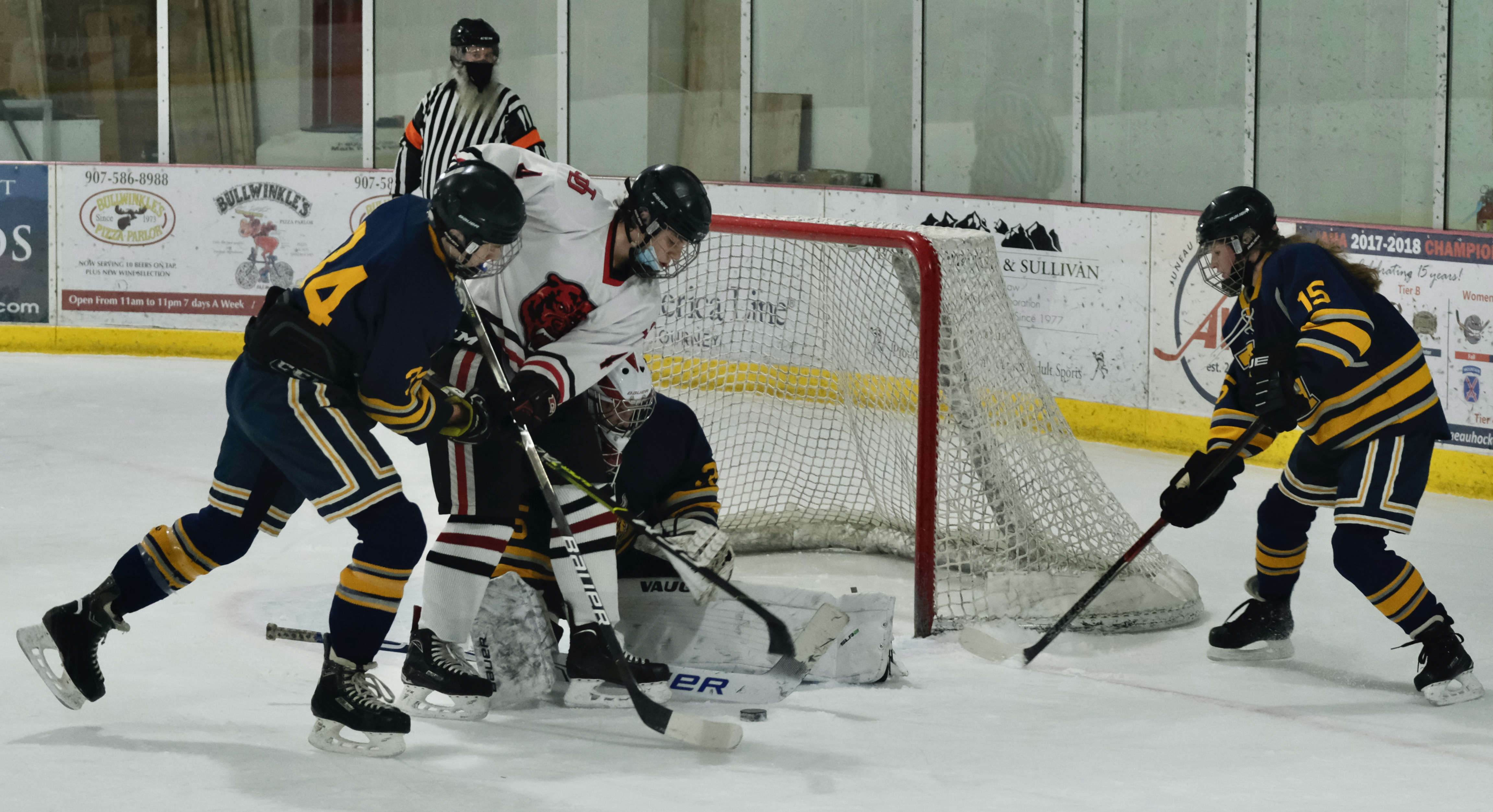 Juneau, Alaska (KINY) - The Railbelt Conference’s Juneau-Douglas High School: Yadaa.at Kalé Crimson Bears junior varsity hockey team got a bite of the Aurora Conference Tri-Valley Warriors on Monday at Treadwell Arena, winning 3-1 in a warm up for the JDHS varsity clashes with the Warriors on Tuesday and Wednesday.

“What we are looking at is where those kids are in their compete level and their development after the year,” JDHS varsity coach Luke Adams said. “We get a snapshot of our whole roster top to bottom, JV to varsity, and we try to group these kids on where they are going to get the most developmental success in those practice groups, whether that be JV or varsity. Especially towards the end of the season, like today, it’s great to see that group of kids who are playing JV just compete and have some success. Especially that handful of kids in that JV pool who we know we are going to rely on next year for varsity minutes and who are going to compete for those minutes. A lot of positives there just seeing how their development’s going and where our program is going to be.”

Bovitz scored at 9:52 of the second period, assisted by junior Minta Schwartz and Plang.

Tri-Valley sophomore Chris Grahm scored with 2:04 left in the second period, assisted by senior Cory Stickle, to cut the Crimson Bears lead down to 2-1.

JDHS’ Schwartz iced the game for the Crimson Bears with a score at 6:37 of the third period, assisted by freshman Emilio Holbrook.

“It was a good opportunity for them to play in front of the home crowd,” Adams said. “It was a good game all around and we are very pleased with their performance.”

The JV team will travel to Anchorage on Wednesday to play the junior varsity programs of division I opponents Dimond, Service and South Anchorage.

JDHS is currently fighting for a playoff berth. The top four teams in the Railbelt receive an automatic bid to the state tourney.

“We are really just focused more on our next game,” Adams said. “Trying to get some momentum rolling. If we are fortunate enough to get that opportunity we will gladly take it. We are just trying to get better every day and as much as we have hit some speed bumps along the way our kids are focused and I’m really proud of the way they responded.”

The Alaska School Activities Association voted at their December board meeting to change the automatic qualifiers from three teams to four in the Railbelt and from three to two in the Aurora for this season as participation has been limited at some schools. Two at-large bids will also be awarded.

Last week’s games canceled with Palmer held important playoff implications and it has not been determined if they will be made up.

Next week Railbelt Conference leader Houston comes to Treadwell Arena on Friday and Saturday, Jan. 28-29. The top five division II hockey programs in the state are in the Railbelt.

In the Aurora standings, North Pole is on top followed by Tri-Valley, Monroe and Delta.

“It’s been tough,” Adams said. “The competition has been really stiff. Every game we played in the conference we have lost by one or two goals. That’s not making an excuse, that’s just how close things are. We know that if we get an opportunity to play those teams again, we will have to play better but we also know we can. We will play the underdog role. I think it is fair at this point to say we are, but with this group of kids they’ve played hockey so many years together they are used to being the underdog. That’s something we can embrace as part of our character and our identity. We can play like that. They like to take that role and run with it.” 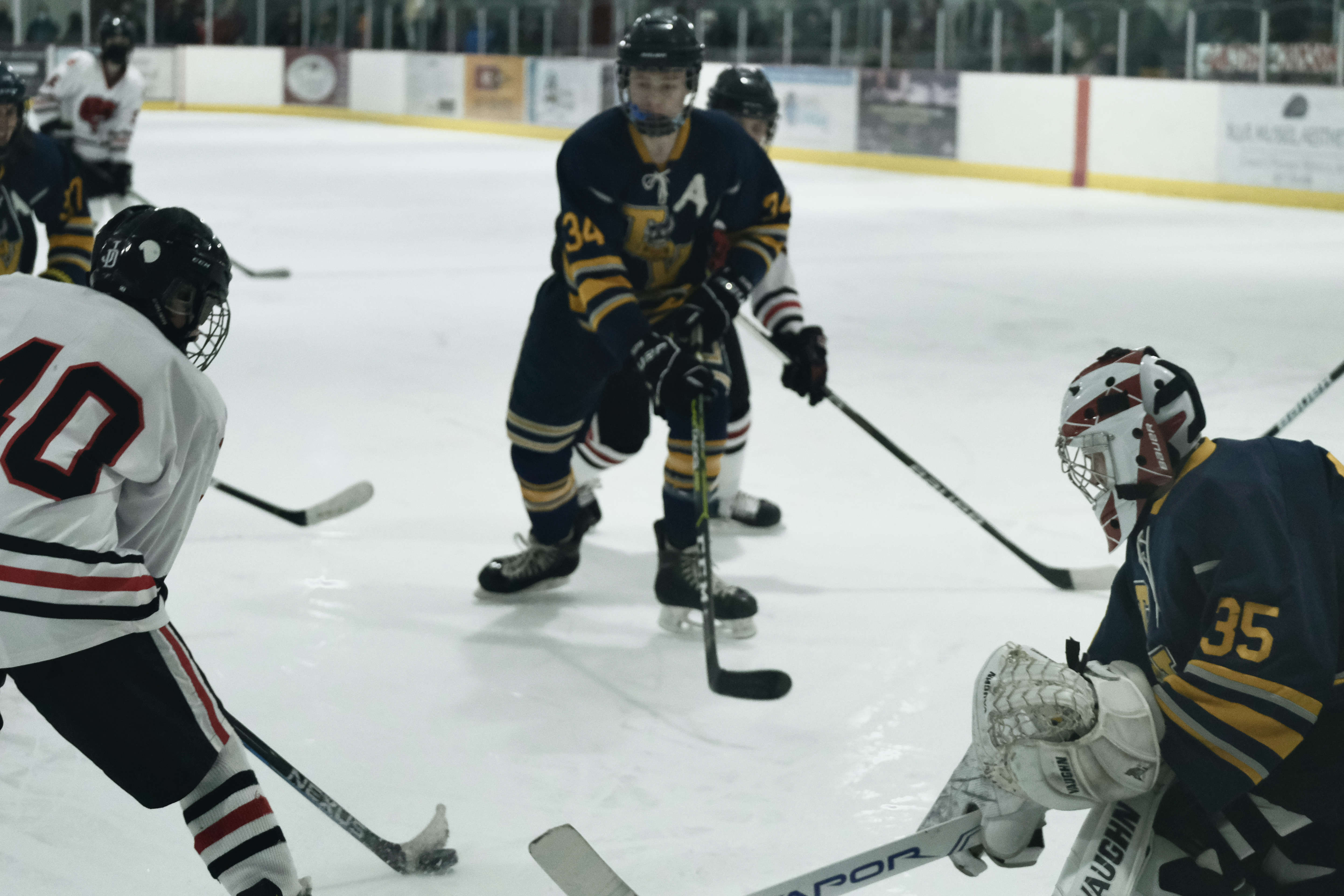 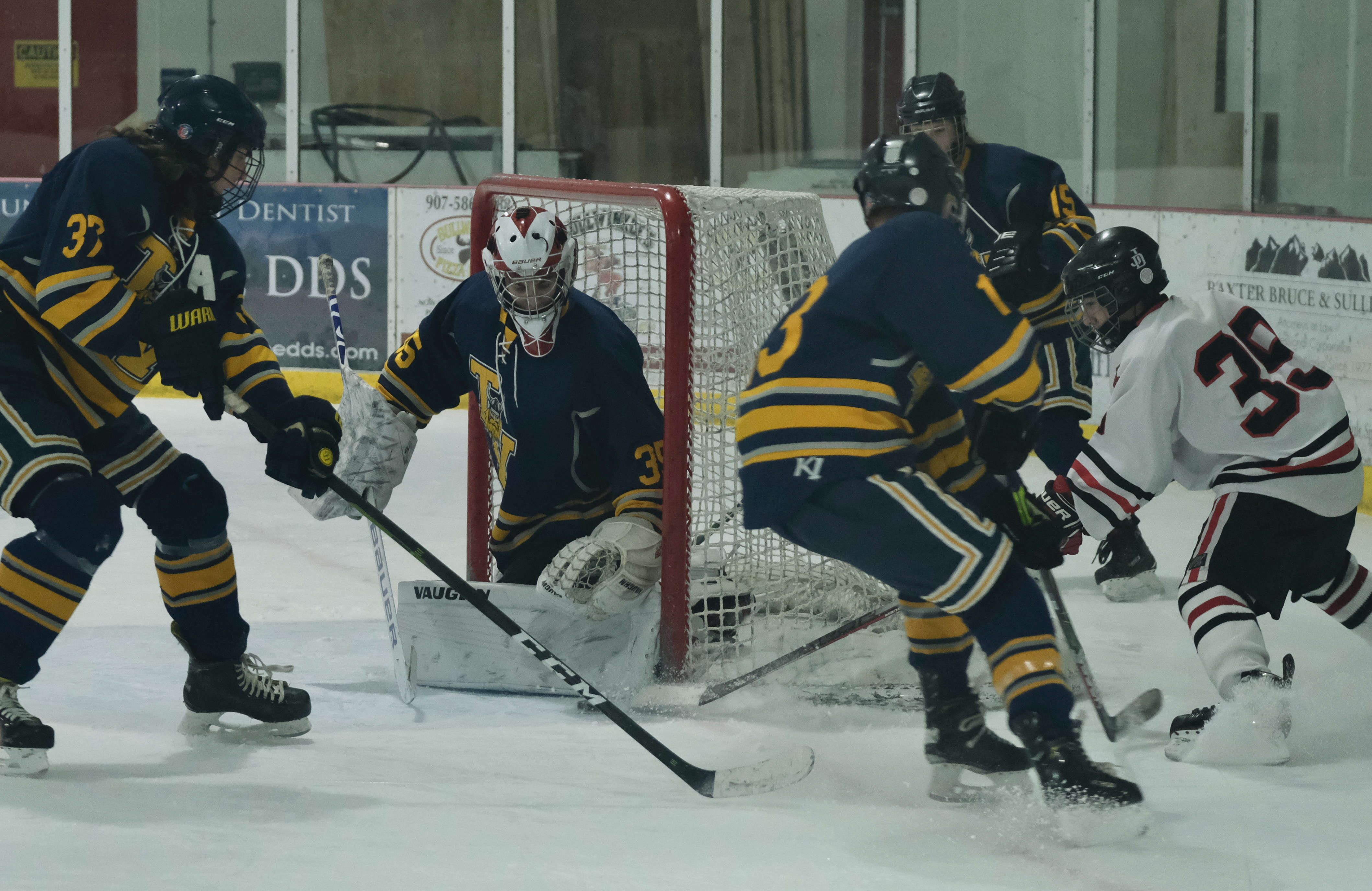