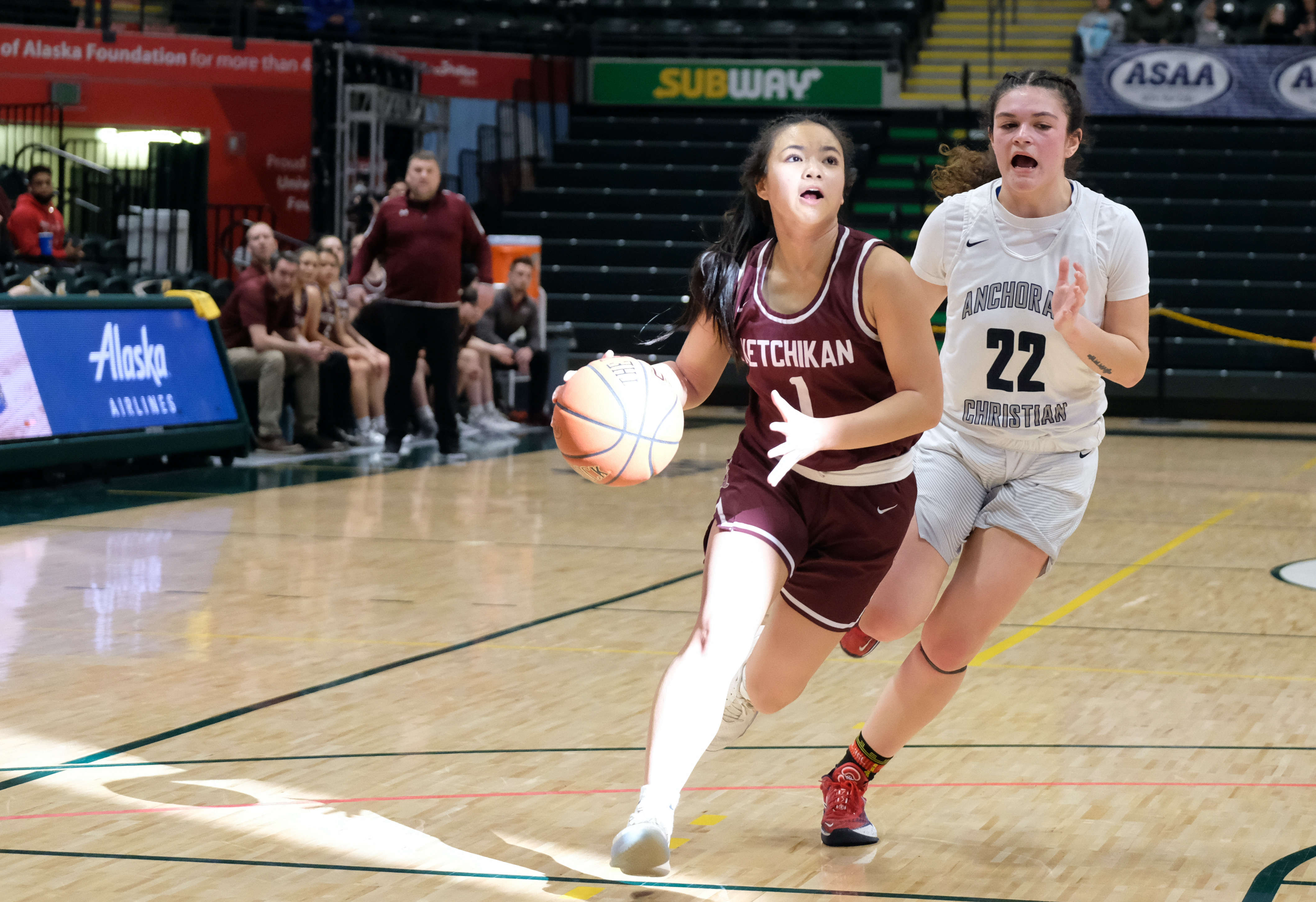 Ketchikan's Shaelyn Mendoza (1) drives past Anchorage Christian's Sarah Sorrells (22) during the Lady Kings 67-37 semifinal loss to the Lions in the state tournament in Anchorage on Friday. (Klas Stolpe/KINY)

Kayhi played with, and better than, ACS in the first eight minutes despite trailing early 6-0 behind two shots past the arc by the girls 4A Player of the Year Sayvia Sellers.

Kayhi junior Lindsay Byron battled on the boards to secure ball possession and senior Jenae Rhoads hit the Lady Kings' first basket inside with three minutes remaining. Senior Shaelyn Mendoza added a basket and then a free throw to trail 6-5.

Kayhi senior Paige Boehlert hit from past the arc with 38 seconds left and junior Hya Bondoc scored inside for an 11-9 Lady Kings advantage after the first quarter.

ACS picked up their defensive pressure full court and went on a 25-2 run in the second quarter to lead 34-13 with 1:35 remaining in the quarter. The run included baskets past the arc by Sarah Sorrells, Nyapar Mathot and Sellers, and two from farther out by Chloe Auble.

Rhoads scored two baskets inside sandwiched around a pair of free throws by ACS’ Sellers to trail 36-17 at the half.

Kayhi had 14 turnovers in the first half, 10 in the second quarter, where ACS had five of their eight first half steals.

On Saturday ACS plays No. 2 Wasilla, who was a 44-23 winner over No. 3 seed West Anchorage, for the 4A girls title at 5:30 p.m. Ketchikan will play for third place against West Anchorage at noon. No. 4 Colony plays No. 7 Bartlett for fourth/sixth place. 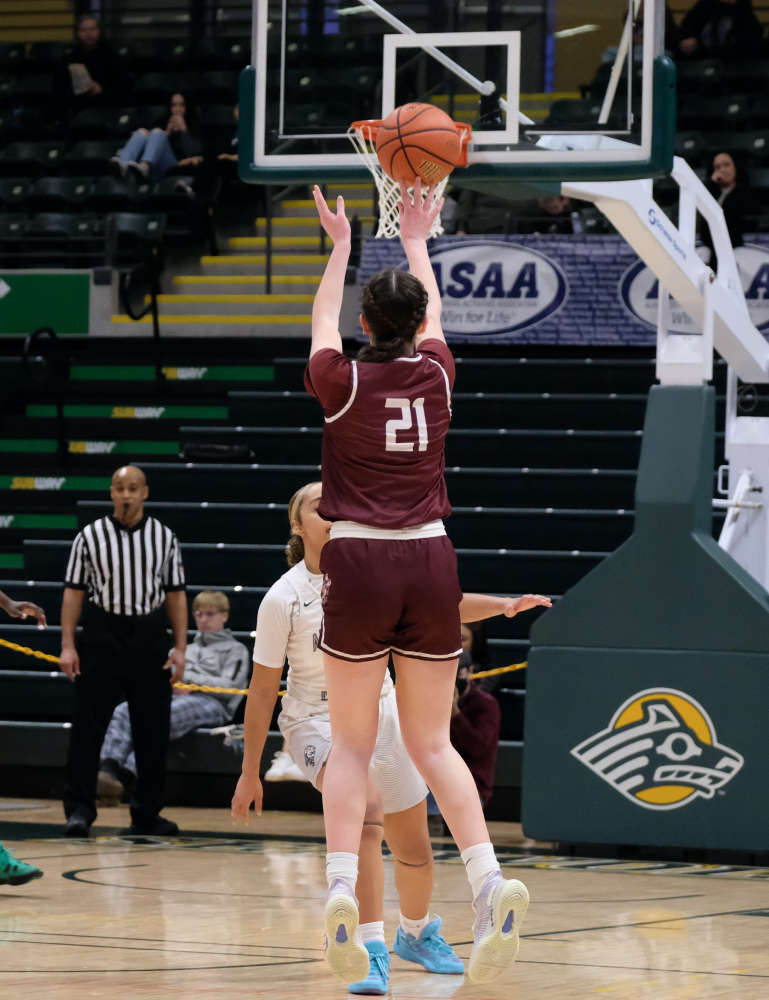