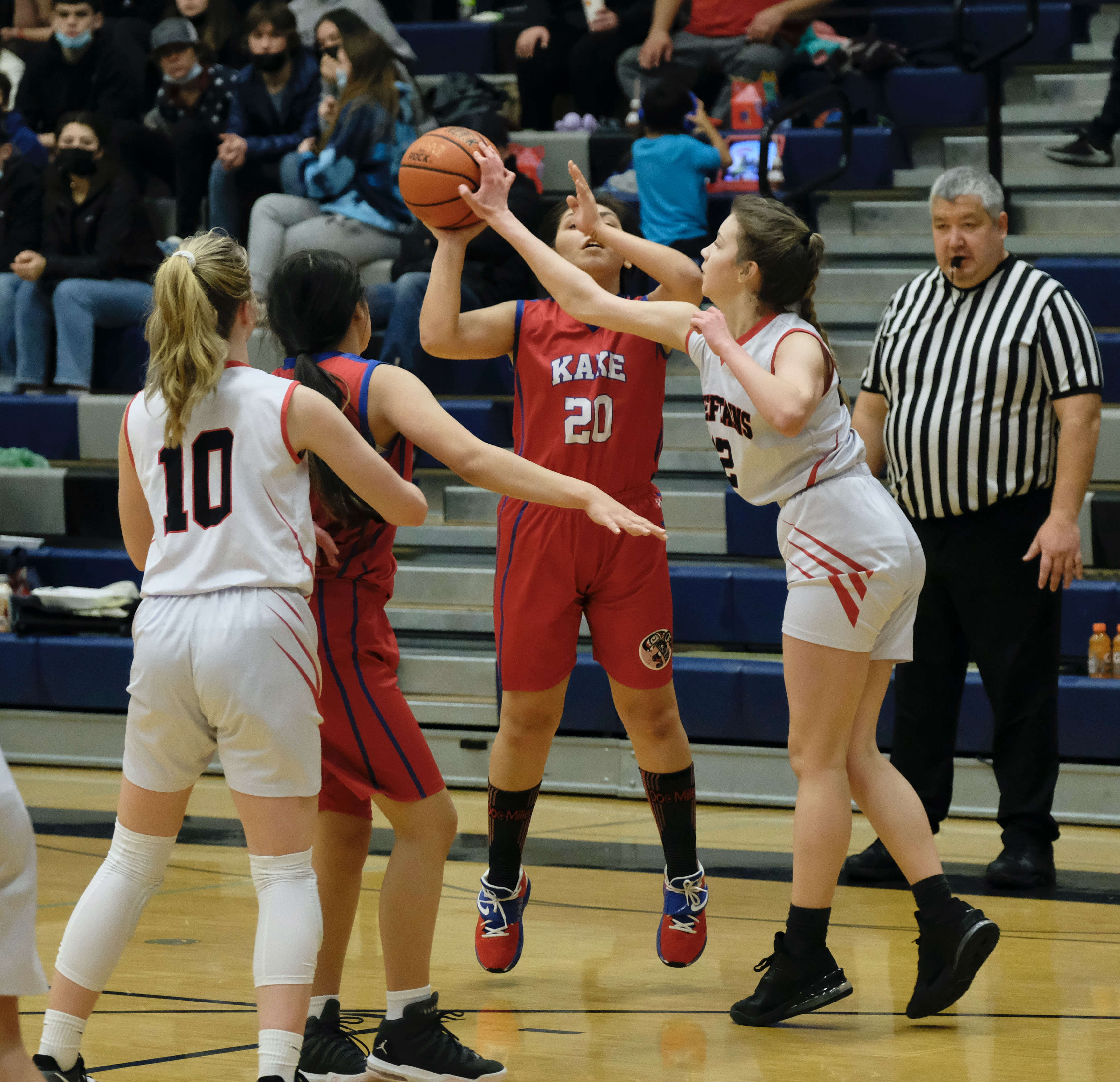 Juneau, Alaska (KINY) - The Klawock Chieftains girls basketball team got off to a slow start but finished strong in a 52-36 win over the Kake Thunderbirds for the 2022 Southeast Region V 1A Girls Basketball Championship at Thunder Mountain High School on Friday.

“It’s so exciting, I’m at a loss for words because I’m so excited,” Klawock coach Mary Edenshaw said. “With COVID we weren’t able to do anything so these girls worked hard for the past two years and they were six strong. It’s hard for us to remain focused, not foul, and know what we have to do to get the job done. We didn’t lose our cool when we were down and they just persevered and came back and played hard and we’re happy to be champions. I’m so excited. You know, we lost to Kake the last time we were in this situation and we’ve been battling with Kake off and on for many years so I guess it was our turn.”

That turn did not come easy as both teams played physical basketball throughout.

Klawock senior Kenai Holien would score six of the Chieftains seven first quarter points, four from the free-throw line, and freshman Kaiya Marvin hit the other point at the charity stripe for a 7-4 lead.

Kake had just a pair of field goals, one apiece from senior Jasmine Aceveda and junior Mamie Crookes. The Thunderbirds would also be whistled for seven fouls including two each on Aceveda, senior Alexis Copsey and eighth grader Paige Ross.

Kake would open the second quarter with two baskets by Copsey to take an 8-7 lead but Ross was hit with her third foul and Crookes her second.

Klawock’s Holien hit two free-throws and Marvin another, followed by a basket from sophomore McKinley Holien and another Marvin free-throw to take a 13-8 lead.

Klawock’s Marvin and senior Zoey Edenshaw exchanged scores with Kake’s Crookes, Ross and senior Dionna Jackson for a 17-14 Chieftains lead but the Thunderbirds closed out the stanza with a basket by Copsey and two from Crookes to take a 20-17 halftime advantage.

Klawock’s M. Holien scored to open the third quarter and Kake’s Aceveda answered for a 22-19 lead.

K. Holien gave the Chieftains a 23-22 advantage with a jumpsuit and a steal and layup.

Crookes would steal the lead back for Kake with a defensive swipe and layup for 24-23.

Klawock would go on an 11-1 run behind a basket by Edenshaw, two steals for two scores from K. Holien, a M. Holien rebound score and an old fashioned three-point play from K. Holien for a 34-25 lead.

Kake would end the stanza on baskets by Aceveda and Crookes to trail 34-29.

Klawock started the fourth quarter with a free-throw by M. Holien, a basket by Marvin and another by M. Holien while Kake opened with Jackson, Copsey and Crookes whistled for their third fouls.

The Thunderbirds closed to within eight points, 39-31 on single free-throws by Aceveda and Copsey but would get no closer.

Klawock closed out the stanza on a 13-5 run into the Region V title.

“It means a lot,” Klawock senior Zoey Edenshaw said. “It’s my senior year so it’s kind of my last year playing for the Klawock Chieftains. It means a lot to me. After last year I thought maybe we had a chance but I was pretty nervous, I kind of felt we would not make it. We lost to them the previous year, but we won this time.”

With the win Klawock, ranked #3 in a 1A state basketball poll, will be the top Southeast Conference seed at the ASAA March Madness Alaska 1A Girls Basketball State Championships, March 16-19, at Anchorage’s Alaska Airlines Center.

Klawock went to a condensed COVID version of state last year and didn’t get to play at the normal Alaska Airlines venue as the tourney was moved to a smaller high school gym.

“Amazing,” Klawock’s Kenai Holien said of the region title in a packed TMHS gym. “I hope we have a good shot at winning up at state. I’m excited to go. We went last year but it was weird you know, we weren’t at the Alaska Airlines Center. It is nice, I missed this a lot. It’s definitely fun to be back here, with all these people here.”

Kake will play for the second SEC seed to state at 7:30 p.m. tonight against the winner of today’s 11:15 a.m. elimination game between Angoon and Skagway. 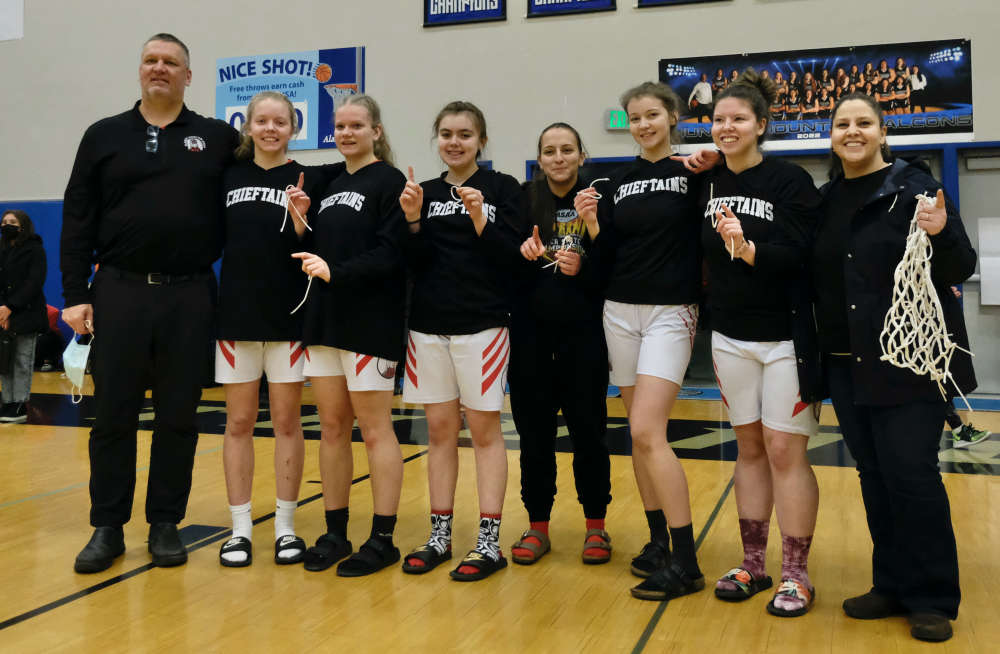