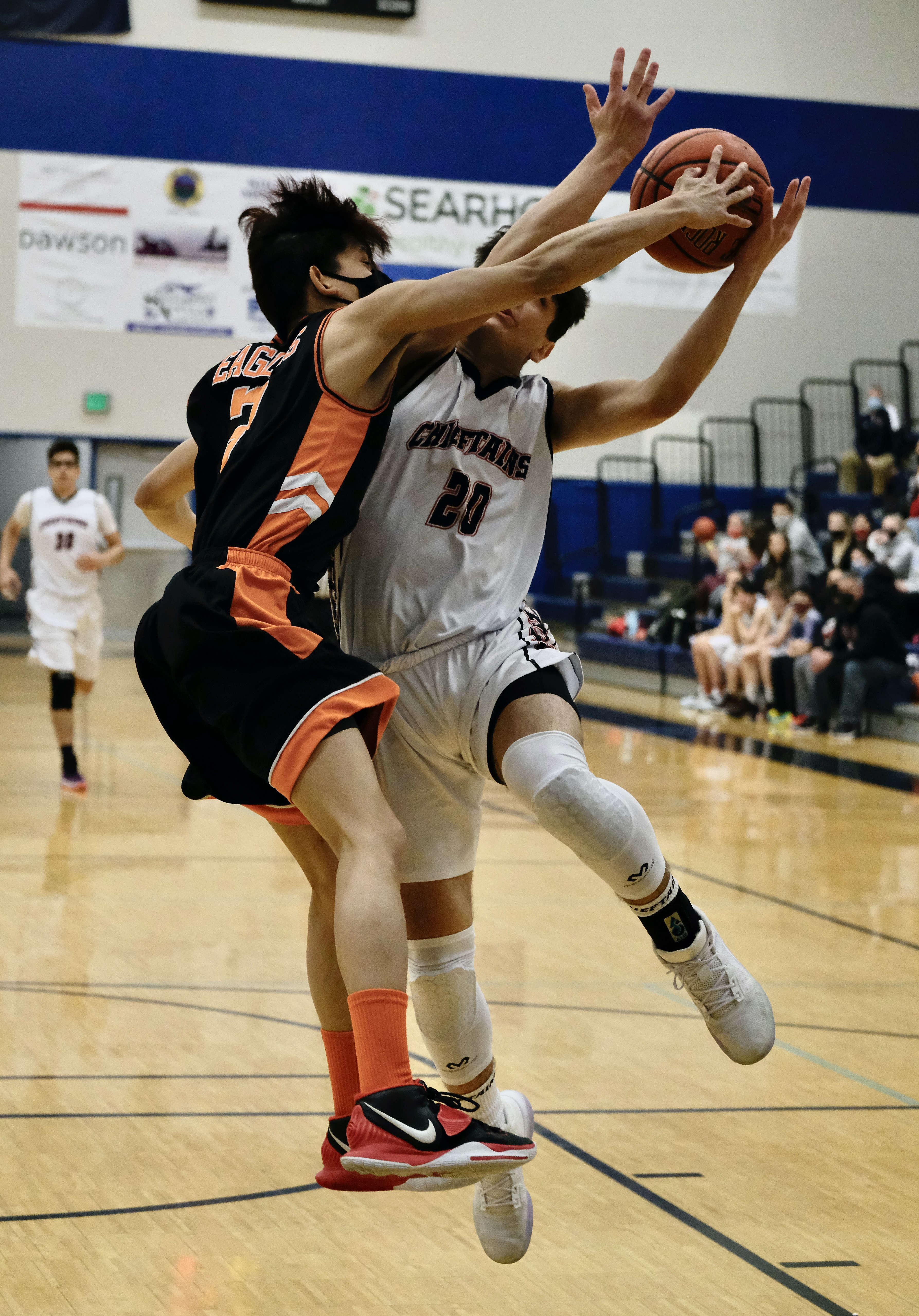 Klawock junior Dalton Wysykowski (20) is fouled by Yakutat senior Jerry Ridlington (3) during the Cheiftains 40-35 win over the Eagles in the Region V 1A Championships at Thunder Mountain on Thursday. (Klas Stolpe/KINY)

Juneau, Alaska (KINY) - The Klawock Chieftains defeated the Yakutat Eagles 40-35 in a semifinal at the 2022 Southeast Region V 1A Boys Basketball Tournament at Thunder Mountain High School on Thursday.

Klawock junior Dalton Wyzykowski opened the game with a shot past the arc and the Chieftains fell into full court man press to open an 8-2 lead and close out the stanza up 15-6 as junior Emett Fairbanks hit a spinning layup to close the stanza.

After a Yakutat free-throw by Peterson, Klawock sophomore Marley Kness hit a shot past the arc and Isaacs scored inside for a 24-9 lead. Yakutat’s Riddlington hit a free-throw to end the first half.

Kness scored 10 of  Klawock’s 13 third quarter points for a 37-19 advantage. Yakutat scoring in the stanza came from Valle IV, Endicott and a shot past the arc by senior Destinee Milne.

Yakutat made a comeback in the fourth quarter as Endicott scored twice inside and had two blocked shots to pull the Eagles within 37-23.

Kness countered for Klawock with a free-throw and a basket for a 40-23 advantage with 3:11 remaining.

Yakutat would score the games final points. Riddlington hit a shot past the Arc to close to 40-26. Endicott scored three times in succession to close to within eight, 40-32, with 1:17 remaining. Valle IV hit from past the arc with 26 seconds left to close to the final score, 40-35, as the Eagles could not force another turnover on the Chieftains.

Klawock advances to play in the championship game against Kake, Friday, at 6 p.m. 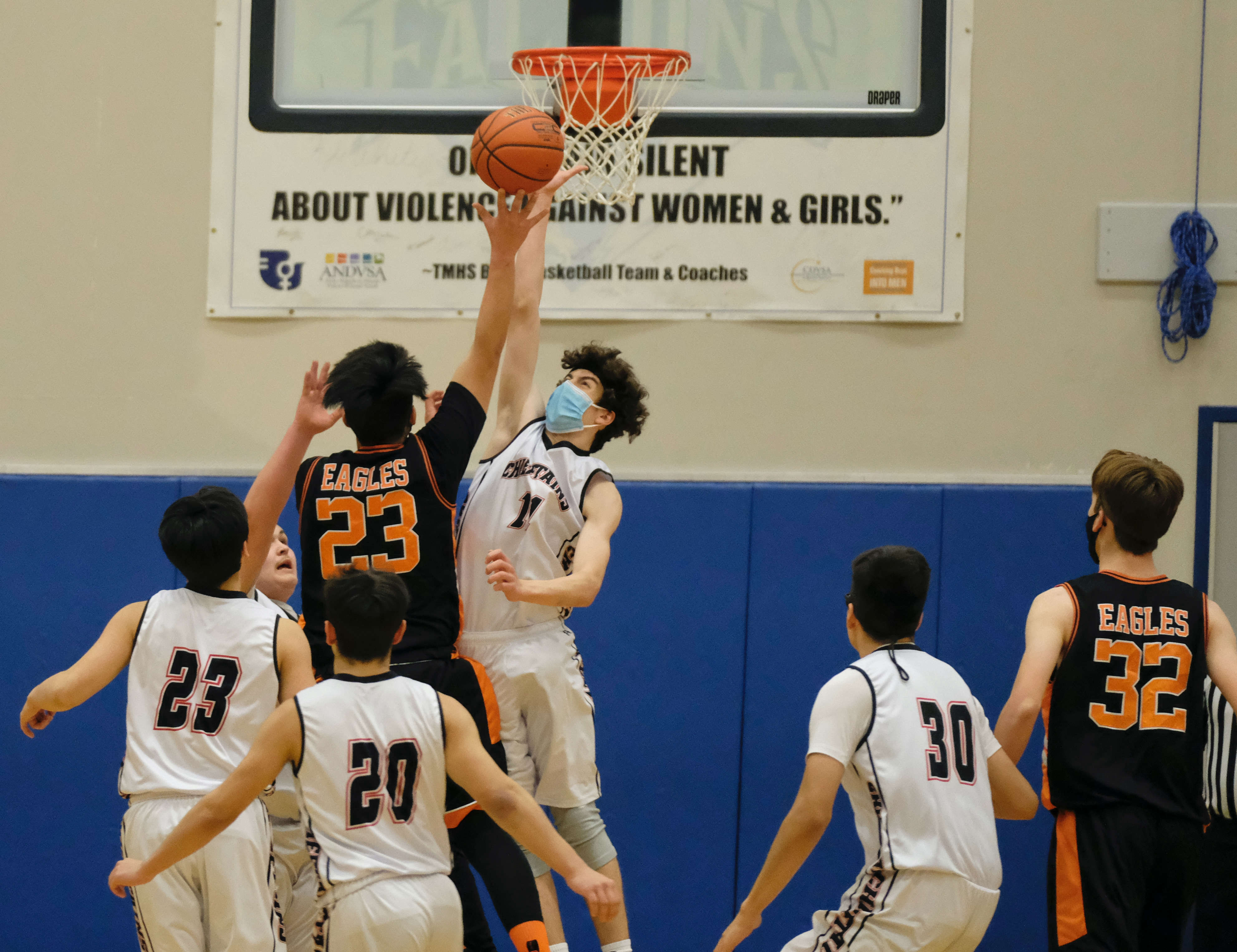 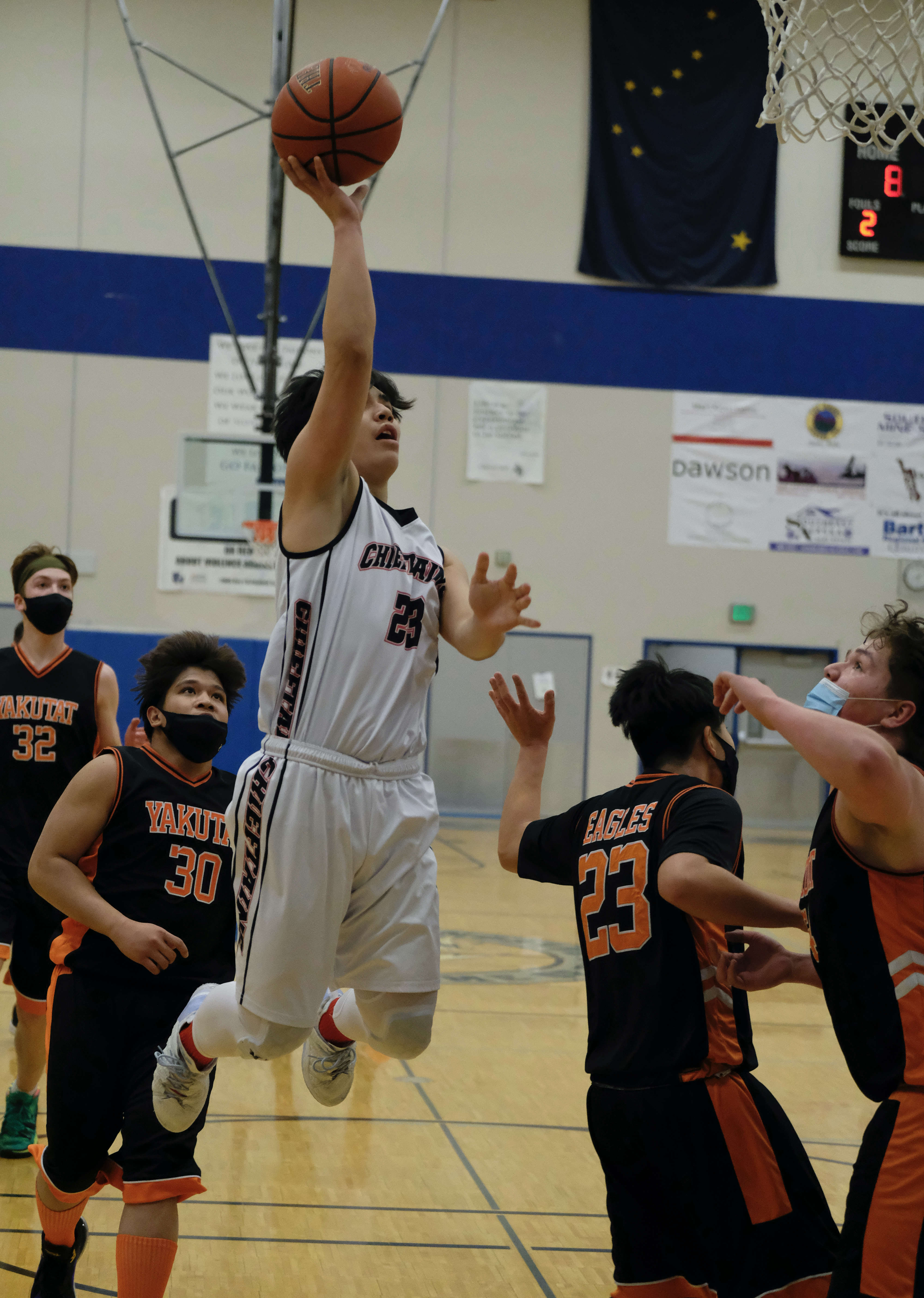 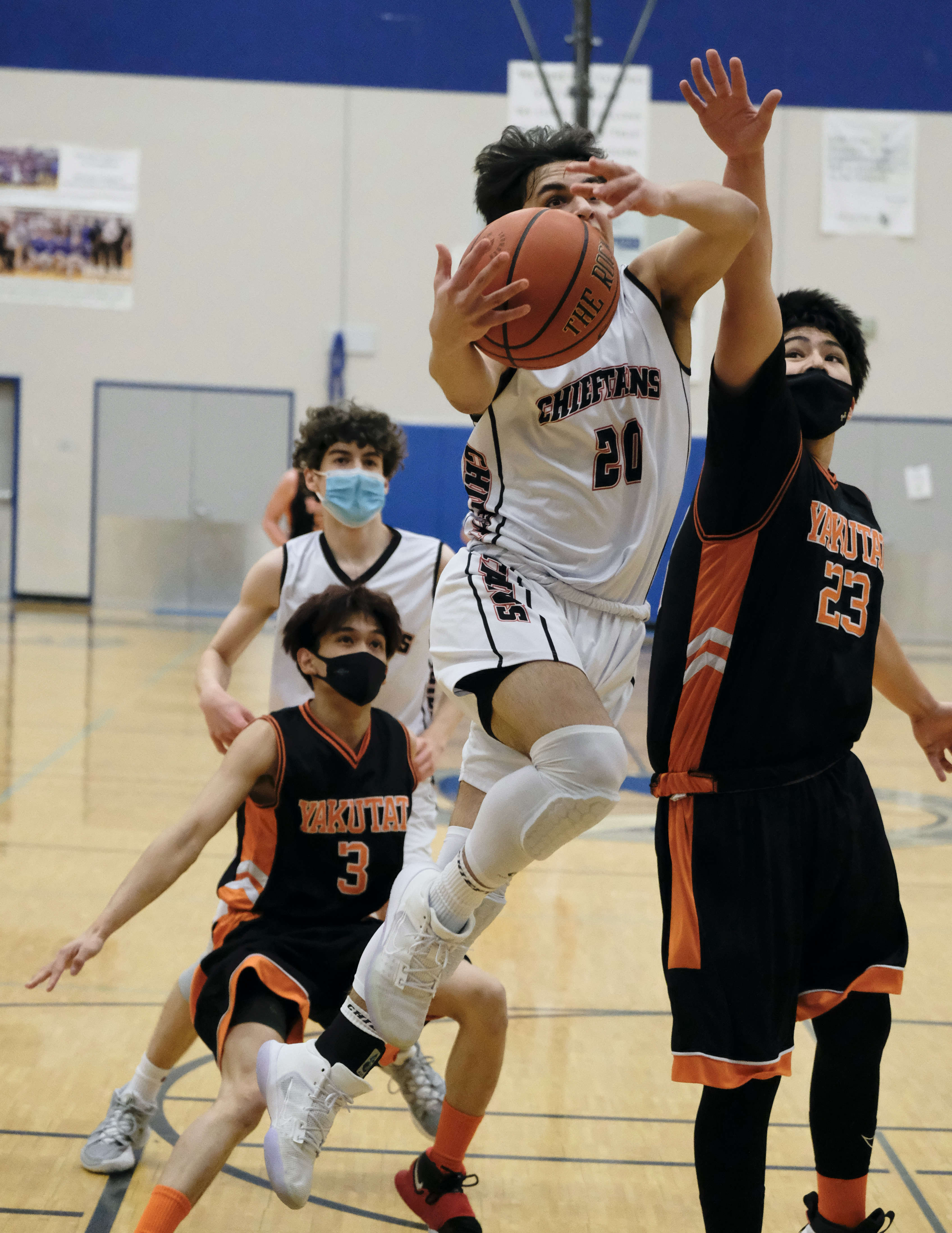