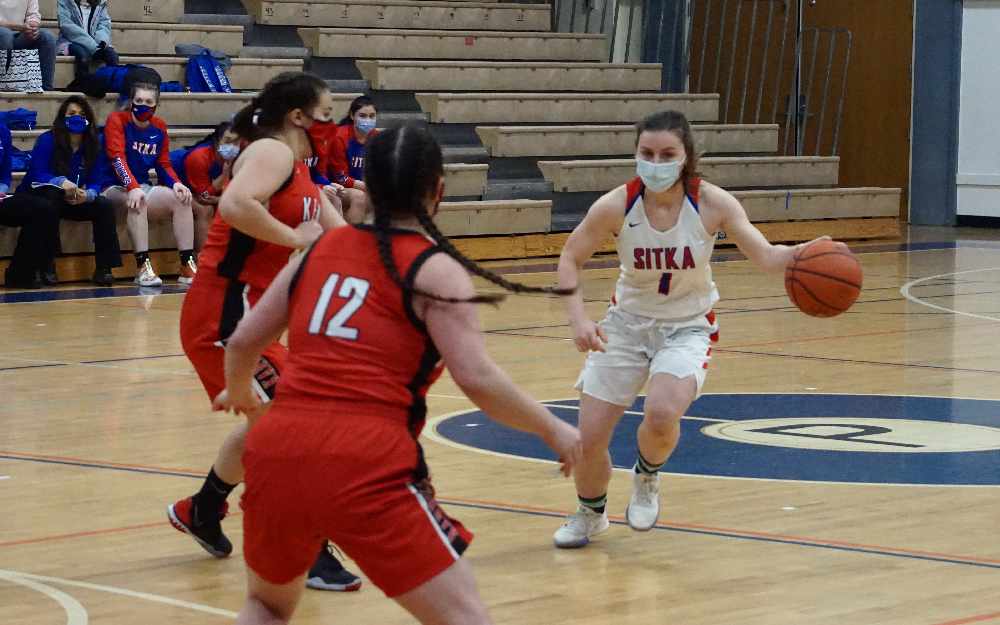 Sitka's Tawny Smith is shown in action against Kenai in the state tourney on Thursday. Sitka lost to Anchorage Christian for the 3A girls championship on Saturday. (Photo courtesy Brad Potter ASAA)

JUNEAU, ALASKA (KINY) - The Sitka Lady Wolves ran out of court and out of time against the Anchorage Christian School Lions in the 2021 March Madness Alaska 3A Girls Basketball State Championship game on Saturday at Wasilla High School.

Anchorage Christian captured its fourth consecutive state title with a 75-26 win over Sitka.

ACS used a full court press in the first half to open leads of 28-4 after eight minutes of action, and 49-16 at the end of the second quarter.

Anchorage Christian senior Mykaila Pickard hit the first basket of the game from beyond the arch, one of four in the quarter, including a buzzer beater. Twelve of her game-high 20 points came in the first.

Pickard hit her 1,000th career point on a deep three-point shot with 1:58 remaining in the second quarter, and the Lions called time out to honor her.

Sitka’s only field goal of the first half was a rebound bucket by sophomore Ava Brady at the 6:50 mark of the first quarter. All 12 points scored by Sitka in the second quarter came from the free throw line. Toeing the charity stripe were A. Brady (2-2), senior Makenna Smith (1-3), freshman Naia Nelson (2-2), junior Chloe Morrison (1-2), freshman Maitlin Young (2-2), and junior Tawny Smith (4-4).

Sitka’s Jocelyn Brady rebounded a shot to score the first basket of the second half but ACS went on a 19-4 run to lead 68-22 after the third quarter.

The Alaska School Activities Association’s “Mercy Rule” was implemented at roughly halfway through the third quarter as ACS led 58-18, the 40-point differential needed to invoke the running clock.

“Our Sitka girls kept their heads up, played through a lot of pressure and ended with class,” Bartolaba said. “They seem very excited for next season as well.”

The Lions won state crowns from 2017-2019. The 2020 season championships were cancelled due to the COVID-19 pandemic. 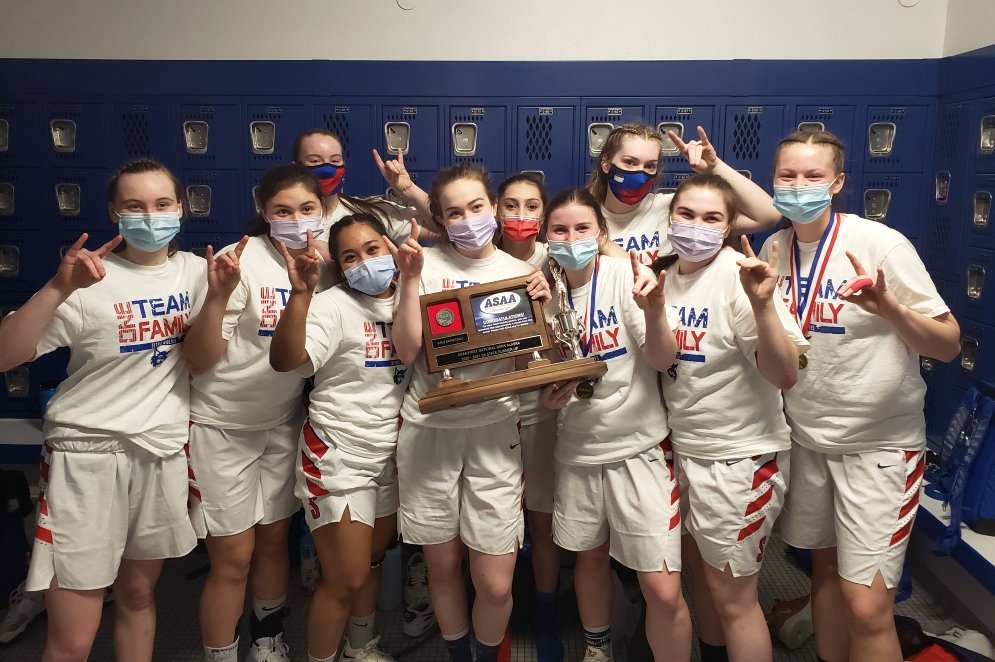