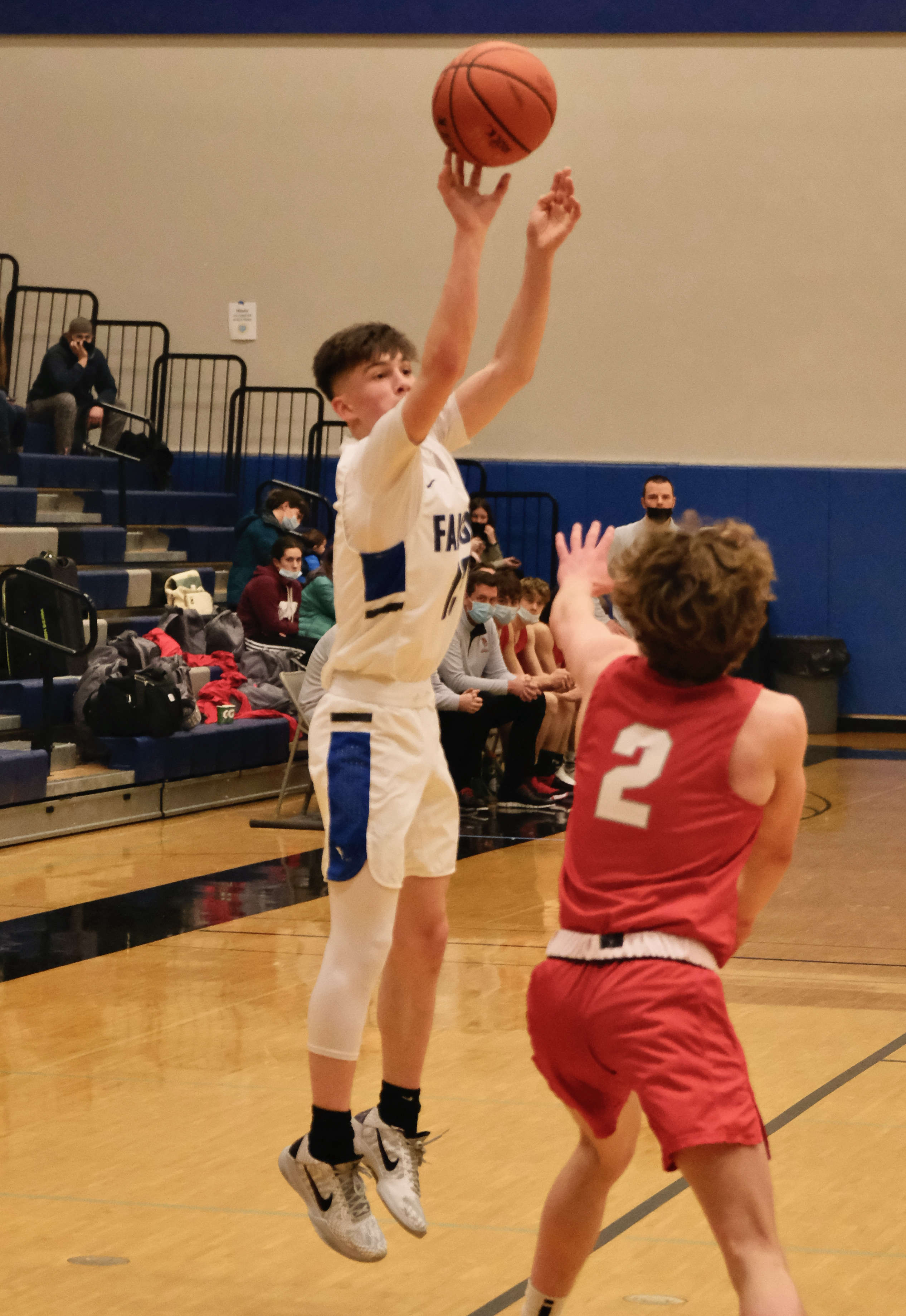 Juneau, Alaska (KINY) - The Alaska School Activities Association hasn’t renamed the 3-point arc the Samuel Lockhart Line… yet. But they had better hurry as the 5’9” 140-pound Thunder Mountain High School sophomore guard has a patent on putting in points from that distance. Lockhart hit eight shots from that mark in the Falcons 75-39 home win over the visiting Wasilla Warriors on Friday.

“It felt good,” Lockhart said. “Last weekend was pretty rough but I got shots up in the gym and that definitely helped. I think today I came out with confidence and it definitely showed.”
Lockhart broke the Thunderdome record for threes held by Reese Saviers (seven in 2010) and Brady Carandang (seven in 2019).
Lockhart scored a game-high 34 points, five points fewer than the Wasilla total, and he did not play in the fourth quarter.
“I did not even recognize that,” Thunder Mountain coach John Blasco said of the point totals from Lockhart and Wasilla. “Now that would have been a feat.”
The first basket of the game was way inside for Lockhart, a short driving floater.
It was Wasilla junior Arthur Adams that netted the games first deep shots, back-to-back threes for a 6-2 lead.
Then Falcons sophomore Thomas Baxter, senior Wallace Adams and Lockhart all hit baskets for an 8-6 lead.
Wasilla senior Dylan Jeffus put the warriors third deep shot in for aa 9-8 lead and Thunder Mountain sophomore big man James Polasky found himself past the arc and gave the Falcons the lead back at 11-9.
Warriors junior Owen Beaudry tied the game as the first quarter ended.
Wasilla would make a push in the opening minutes of the second quarter but Lockhart hit three shots past the arc for a 20-19 Falcons lead. He added a layup for 22.
Thunder Mountain would then go on a three frenzy.  Adams stole a ball and fed Baxter who hit from deep. The shot was answered by Wasilla’s Adams but then the Falcons went on a 14-2 run on shots past the arc by Baxter, Lockhart, Polasky, senior Isaiah Nelson and then a putback by senior Matthew Hartsock for a 39-24 lead at the half.
“After that fourth one coach started running some plays and it just felt right,” Lockhart said. “I just kept shooting. My teammates gave me the ball well, all catch-and-shoot threes. That goes to show how much they fed me the ball. It feels great. They trust me. I trust them. I love them.”
The Thunder Mountain lead would almost be out of reach. Lockhart buried four more deep shots in the third quarter, along with a field goal and two free-throws, and Baxter and Polasky cleaned up inside for a 63-34 advantage with just eight minutes of action left.
“Thunder Mountain played extremely well,” Wasilla coach Steve Henderson said. “They were great defensively and shot the lights out. Coach Blasco did a great job getting them ready to play. Thunder Mountain was better than us in ever facet of the game tonight. All the credit goes to them.”
Lockhart led the Falcons with 34 points. Baxter added 19 points, Polasky nine, sophomore TJ Guevarra four, Nelson three, seniors Matthew Johns, Hartsock and Adams two each.
TMHS hit 5-6 from the charity stripe, Wasilla 1-2.
Adams led the Warriors with 12 points. Junior Parker Kroon added nine points, Jeffus eight, junior Jaidas Huffman three, senior Eli Wagle, sophomore Isaac Santos and Beaudry two each, and junior Trent Truax one.
Thunder Mountain and Wasilla play again today at 4 p.m. in the Thunderdome. 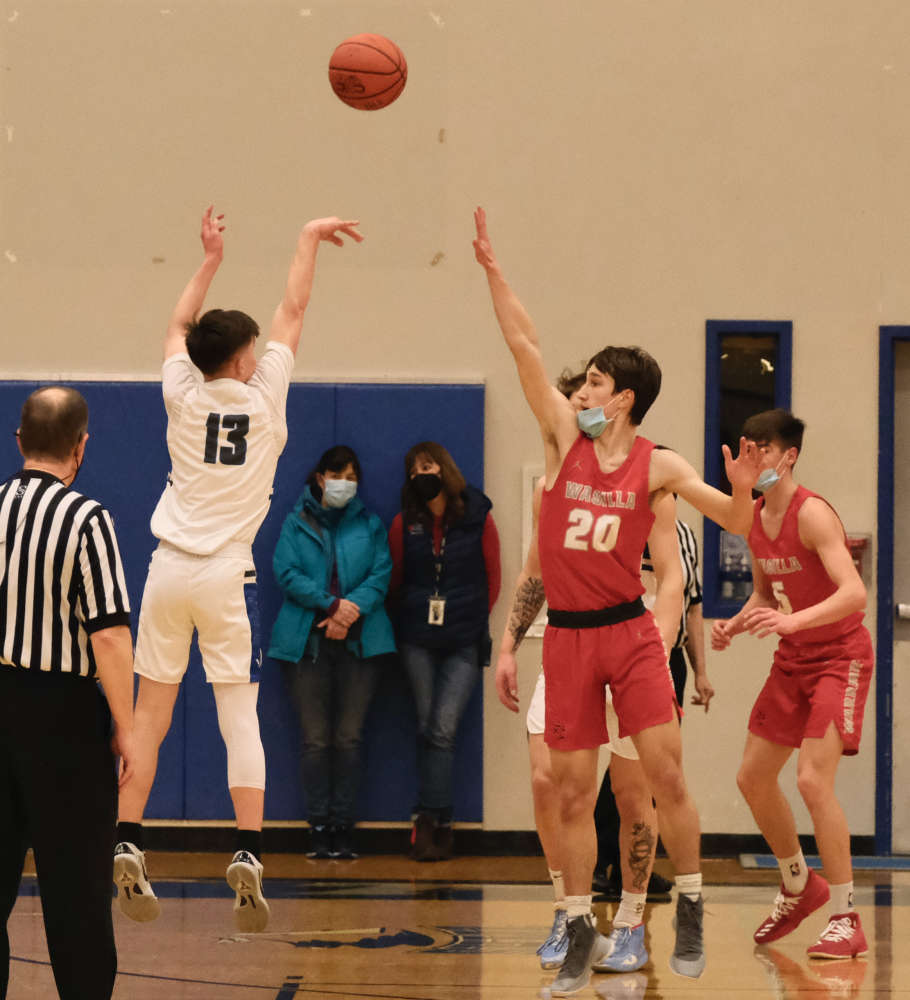