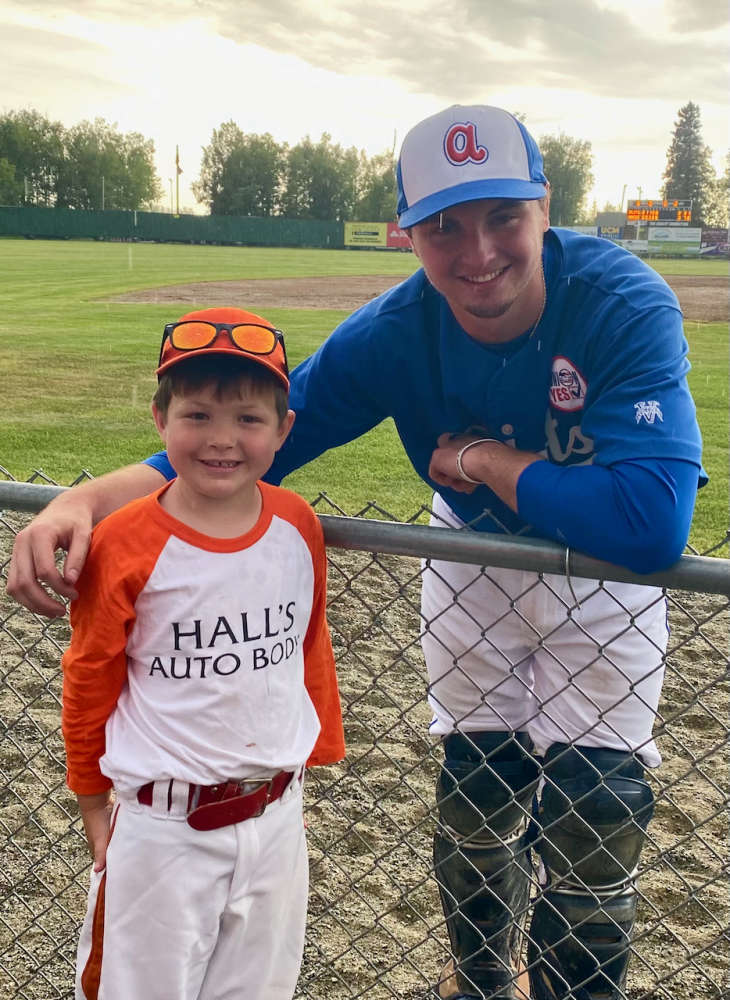 “I received a call from their general manager, Mike Henshaw,” McCormick said. “And he just told me he was interested in me coming and playing here as a local player…”

McCormick received the call roughly two months ago as his first collegiate season at Barstow Community College in San Bernardino County, California, was winding down.

“It was a big transition, especially weather wise, trying to acclimate,” McCormick said of playing at Barstow. “I got used to it in the first couple weeks… all my school was online so it was pretty easy to manage my time, go to practice, and weights and everything… I loved it. I loved playing three or four games a week...”

McCormick has one season left at Barstow and plans to play at a NCAA Division I program after that either in California or Arizona.

“Everything is a little more complex,” McCormick said of the college game. “When it comes to giving signs and learning everything. I have learned a lot in college… just baseball IQ in general…”

That IQ becomes important as the Anchorage Glacier Pilots feature a roster with a majority of DI college athletes.

“It is a blessing,” McCormick said of being with the Pilots. “I am loving it here… I just continue to learn more and more from all these guys. And they are all pretty helpful… they just all want to help me out and I am here to get better for next year…”

McCormick said he noticed his teammates are really into the game.

“Now that they are DI athletes they want to get drafted,” he said. “They are still going up against all these other players and a majority of them are the same age as me (19) so they are going to be upcoming sophomores, a couple juniors… they just take things more seriously… some are in better shape because they are DI athletes and they are put in better environments to succeed…”

Two games into the Alaska season, McCormick has been the bullpen catcher and warmed up the starting pitchers on the field between innings. He said he is more likely to play at the beginning of the season as some teammates are finishing up their collegiate post season tournaments and schooling.

“Just catching bullpens and everything is preparing me for that playing time,” McCormick said. “That’s the thing I am most scared about, I guess, is catching all these DI athletes, not just in bullpens, but in game. So it is kind of preparing me well for that. I am really excited for when I get my time to go in…”

The Glacier Pilots are the defending Alaska Baseball League champions.

“There were quite a bit of people at our first few games,” McCormick said. “It was pretty cool. I got to go out there even as a back-up catcher just to warm up the pitcher in between innings. Even just being out there is pretty cool…”

Most of the team are housed with host families during the season. McCormick stays with relatives in Anchorage.

He noted that now the Anchorage fans cheer for the Juneau boy instead of against him.

“It was a little weird at first,” he said. “There are a few guys on the team I used to go up against and now I am catching bullpens for them. It’s kind of funny but it's cool to get to know these guys…” 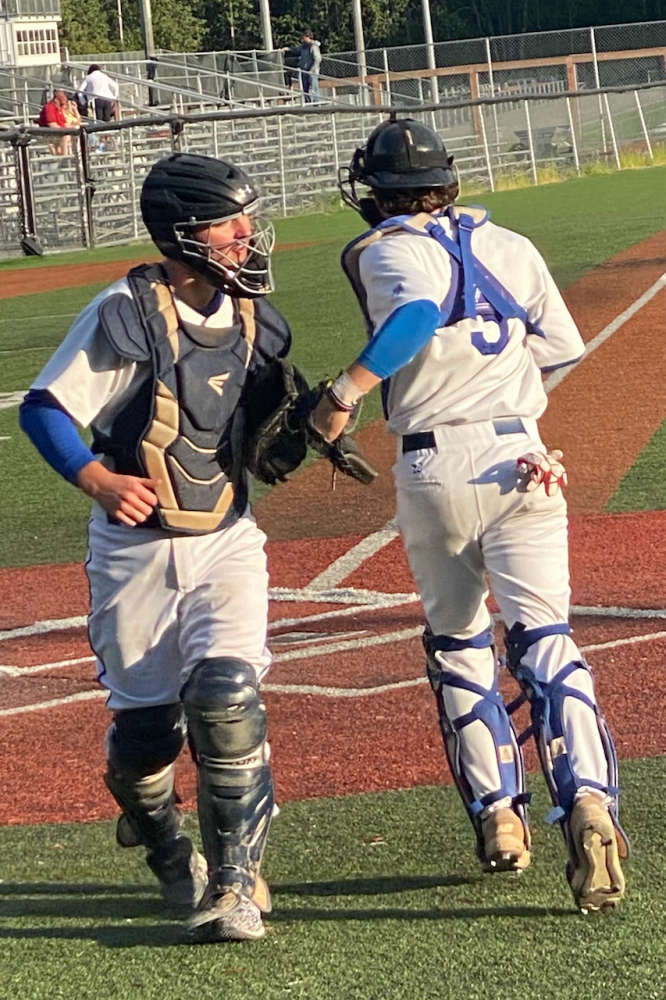 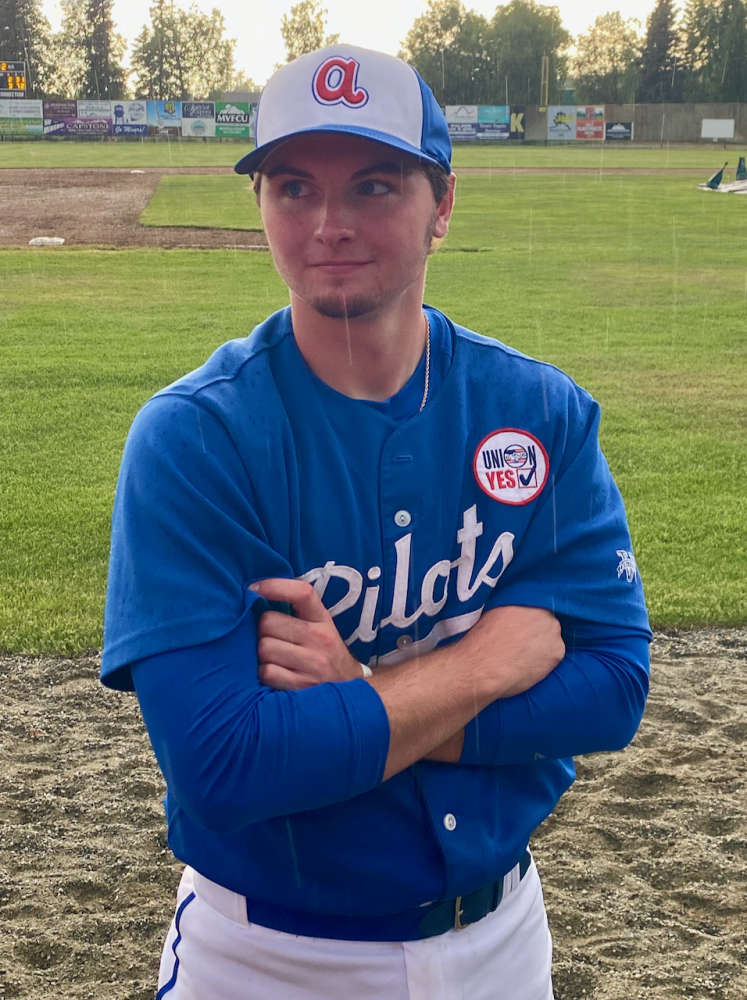 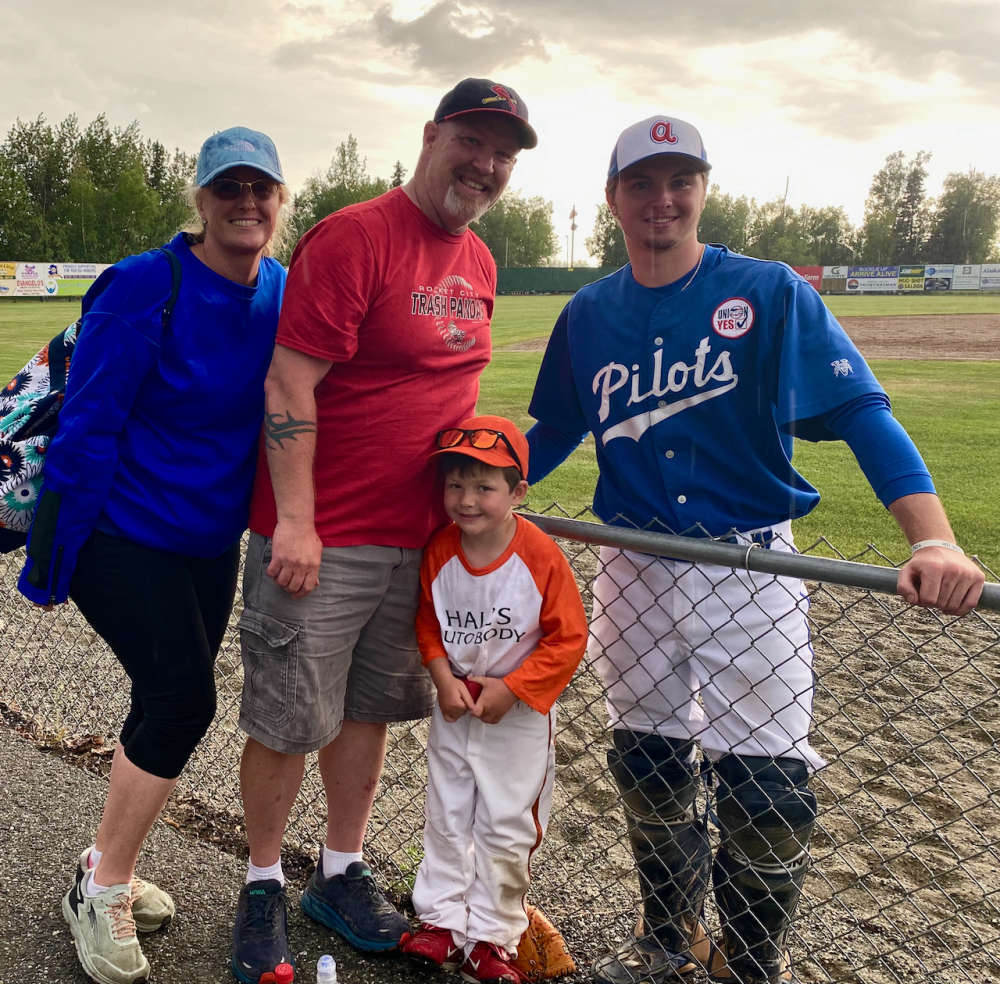 Above - Brock McCormick stands with his mother Melissa McCormick and fans Darren and Jack Adams, formally of Juneau, now living in Palmer. 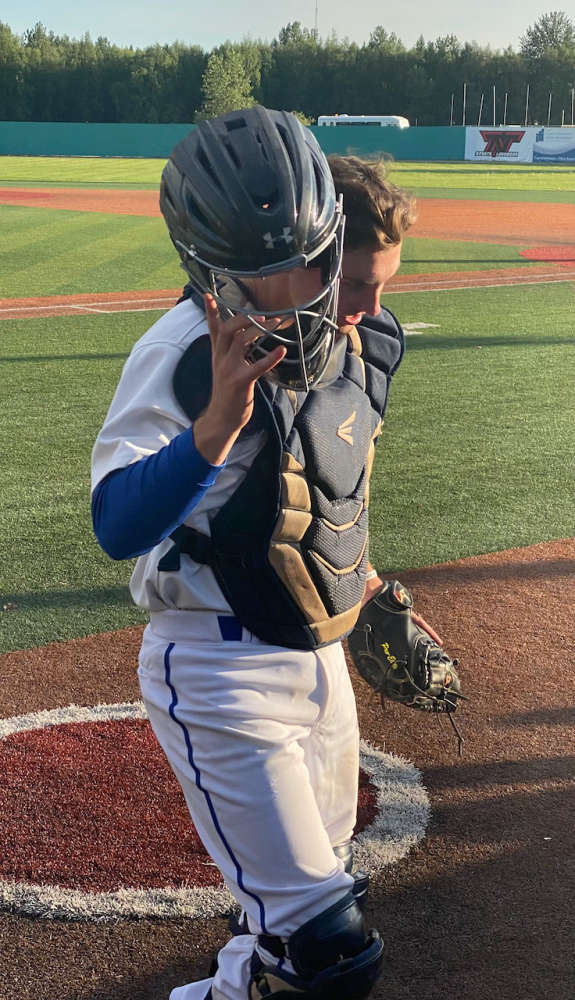 Above - Brock McCormick leaves the field for the Anchorage Glacier Pilots in a recent game.