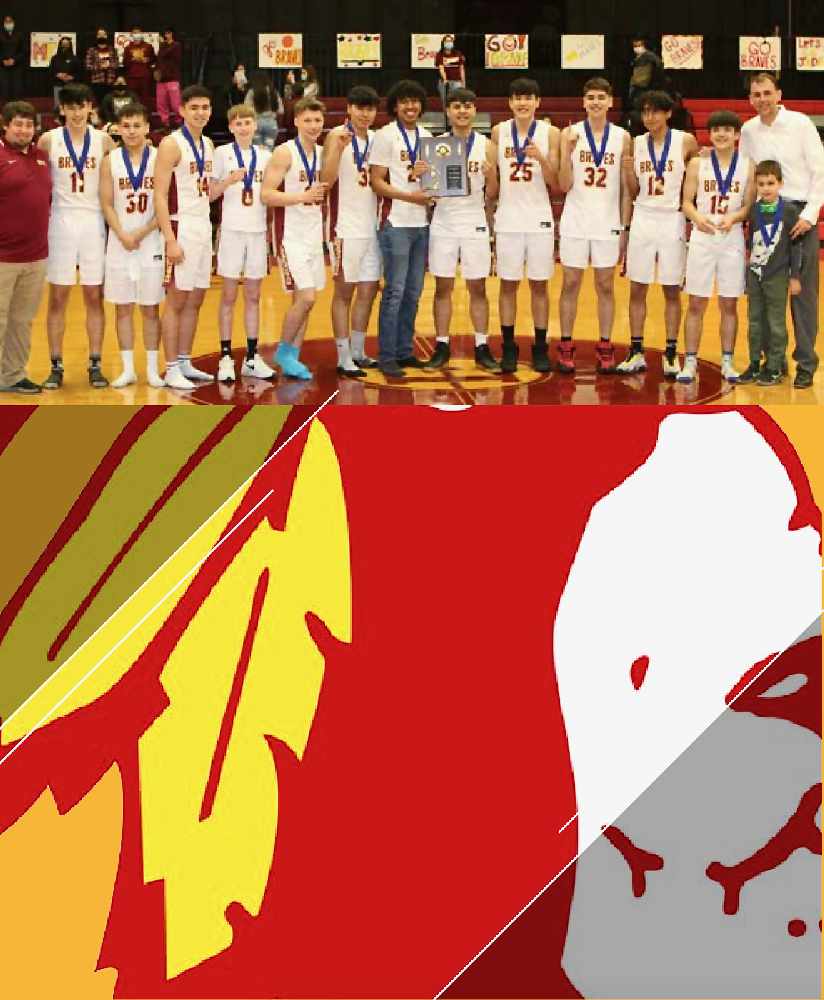 The Mt. Edgecumbe Braves won their opening game at the ASAA March Madness Alaska 3A Boys Basketball State Championships on Thursday and play in the semifinals Friday. (Photo Courtesy ASAA).

Mt. Edgecumbe used a high-energy offense and a swarming defense to rein in Kotzebue for a 68-35 win.

“I thought we came out a little bit flat but I felt we got settled in pretty good,” Mt. Edgecumbe coach Archie Young said. “It was a good first game for us to get minutes in for everybody, good quality minutes for everybody, and kind of get our feet wet so to speak.”

The Braves jumped on the Huskies to open the second half, taking a 44-16 advantage within two minutes of play and led by 30 points, 56-36, starting the fourth quarter.

Mt. Edgecumbe freshman Jacob Friske tallied the first two state tournament points of his career at the 3:10 mark of the fourth quarter and added a steal with one minute left in the game.

Mt. Edgecumbe will take on the Anchorage Christian School Lions in a 6 p.m. semifinal Friday at Wasilla High School. ACS defeated Hutchison 74-29 in their first game.

“It is back to what we talked about all year,” Young said. “RJ (Alstrom-Beans) brought it up: ‘We have to play every game like it is our last, because it could be.’ I think we really need to grasp onto that tomorrow and play it like our last game because it could be.”