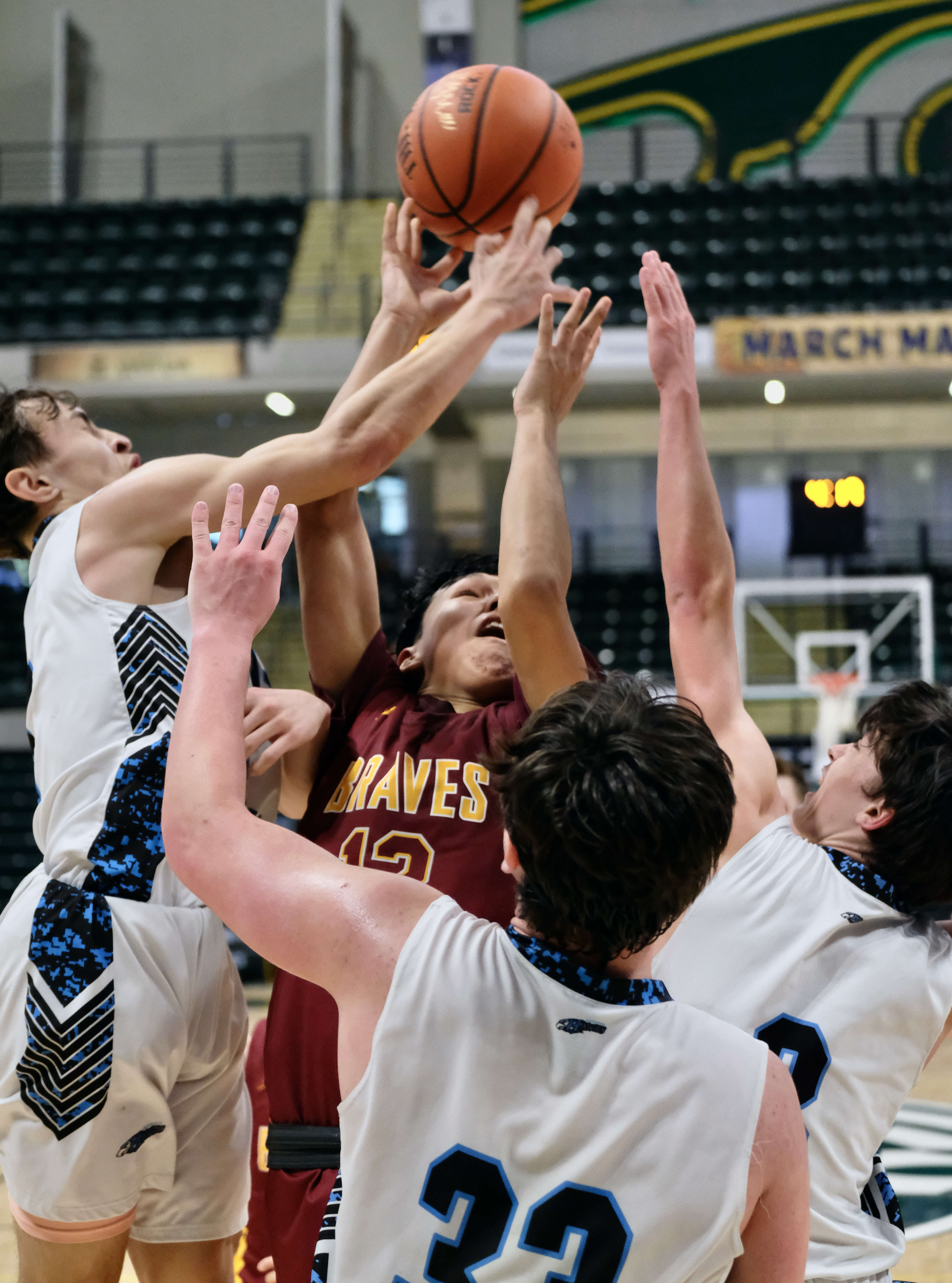 The win puts the Braves into the fourth/sixth place game tomorrow at 11 a.m. against No.7 seed Barrow.

“It’s just good for the kids,” Mt. Edgecumbe coach Archie Young said. “We talk to them every year about this, when we are in this game, their parents have come a long way to watch them play so we like to play hard so their families can watch them play one more time.”

The Braves jumped out to a 14-6 first quarter advantage as senior Daniel Buffas and sophomores Rylan Armstrong and Jacob Friske found their range past the arc and junior Denin Prentice and Mason Ivanoff scored in the key. The Braves led 1-0 and 3-2 and never trailed again in the game.

Ivanoff opened the second quarter with a pair of free throws and senior Landon Varga notched a hoop inside for an 18-6 advantage.

“We had energy,” Young said. “We were very lethargic to start, which was yesterday too, and that’s the reason we stayed in the press it forced them to play harder. So our effort out of the press helped.”

With one minute to go Hutchison senior Ryan Young hit a basket and was fouled, making the extra shot from the line to close the scored to 22-13.

Mt. Edgecumbe’s Armstrong answered with a shot past the arc, sophomore Kaison Herrmann stole a ball and fed Varga for a basket and a 27-13 lead.

A block by Buffas opened the second half for the Braves and they went on a 14-7 run in the stanza to lead 41-22 after three quarters.

Liberal substitutions in the final stanza by coach Young gave the Braves roster time to sweat on the court. Sophomore Dustin Otton and Herrman found the basket until the Braves brought back some of their firepower to slow a Hutchison rally by seniors Ka’eo Patterson, Moss and R. Young.

Mt. Edgecumbe’s Armstrong, Buffas, junior Ranen Wassillie and senior Shane Angnaboogok all found baskets in the final stanza as the Braves closed out the game for the 53-41 win.

“One more game against Barrow,” MEHS coach Young said. “That will be a tough game tomorrow. We are still playing and there are quite a few teams that aren’t so we have to be grateful for that.”

For other Southeast teams, the 4A No.8 seed Juneau-Douglas High School: Yadaa.at Kalé Crimson Bears boys play on Friday in a consolation bracket game at 12:30 p.m. against the No.4 seed West Valley Wolfpack and the Ketchikan Lady Kings play in a Friday semifinal at 3:15 p.m. against the top seeded Anchorage Christian School Lions. 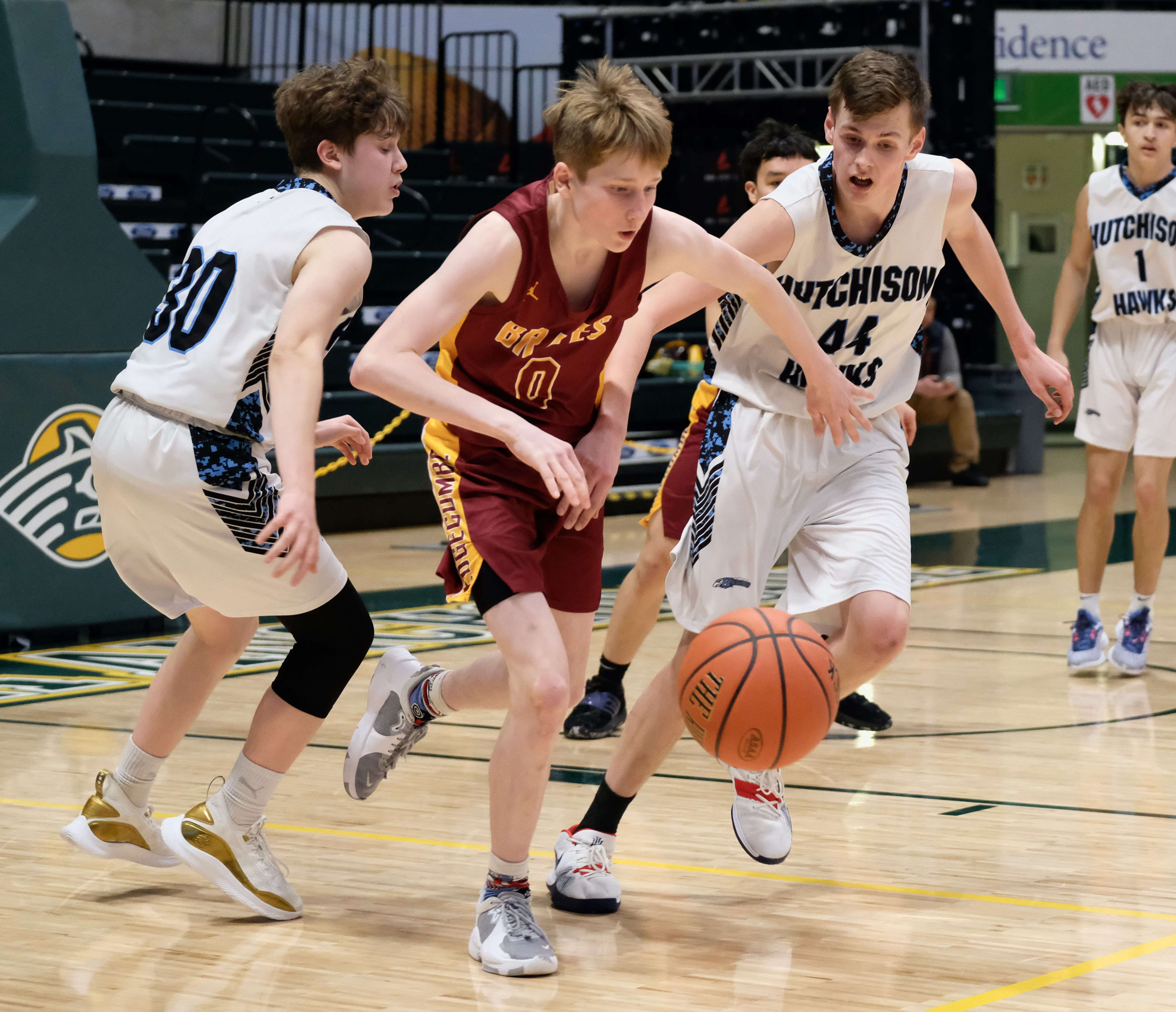