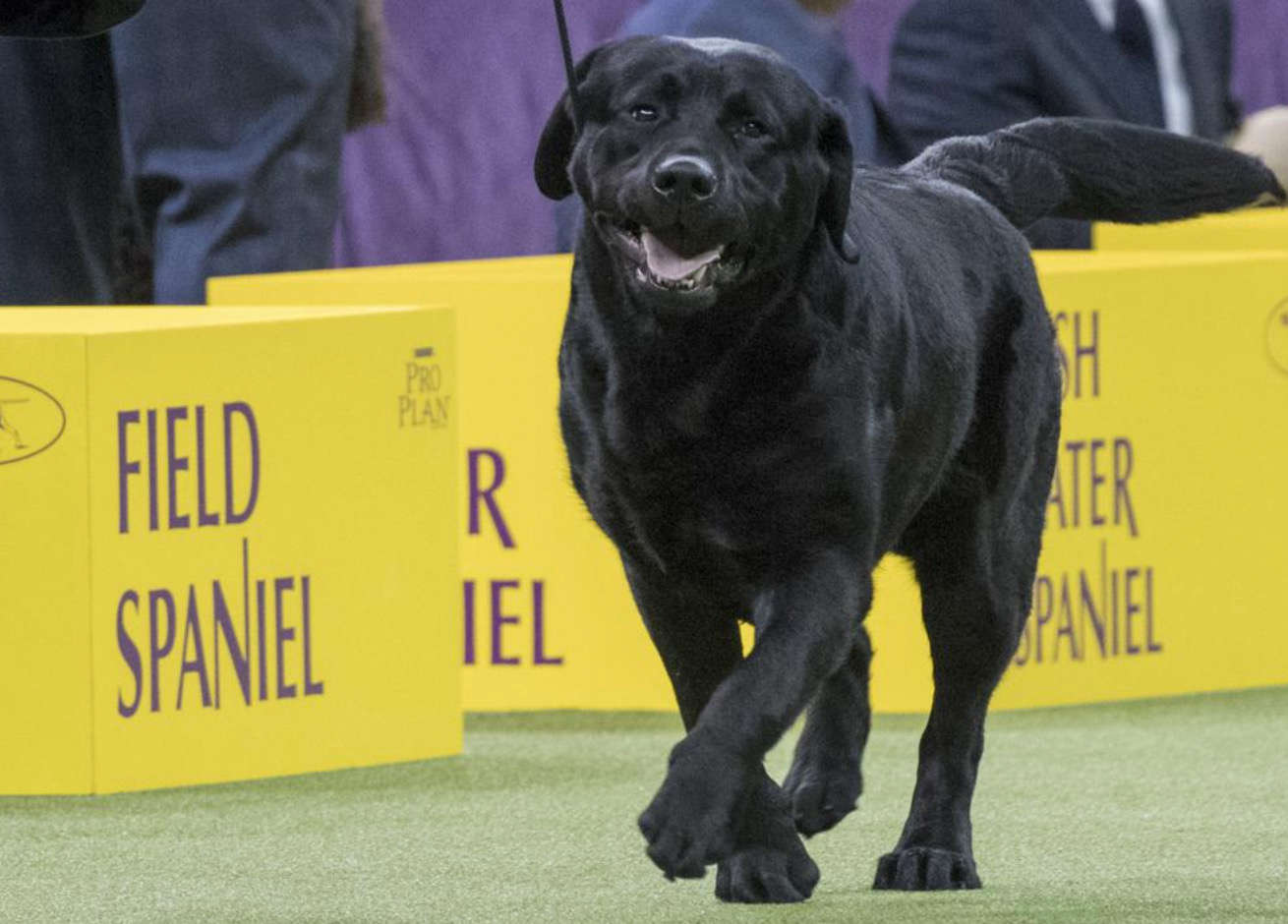 With 197 recognized breeds, the list ranges from such familiar furry faces as Labs — No. 1 for an unprecedented 31 straight years — to the newly added Biewer terrier (making a strong debut at #82) and unusual pups like the hairless Xoloitzcuintli (#119).

Poodles reigned as top dog from 1960 to 1982 before falling off somewhat in popularity. But in the new statistics, they reclaimed the fifth spot for the first time since 1997. (The standard, miniature and toy sizes are all counted as one breed.)

With their proud stance and elaborate cut in the show ring, “they do have a reputation, in some circles, as just being froufrou,” says longtime poodle owner and sometime breeder Page Hinds-Athan of Roswell, Georgia. “There’s definitely more to them.”

Poodles historically were water retrievers, and they remain athletic animals renowned for their smarts, not to mention their allergy-friendly coats. Hinds-Athan’s poodles have made therapy visits in hospitals and compete in obedience. Other poodles work as guide dogs for the blind, hunt or compete in agility or other dog sports.

Their intelligence comes with some high expectations, Hinds-Athan says: In training, “if you’re going to fuss at them, you’d better be really right. Because if you’re not really fair with them, they remember it.”

Poodles also make up part of several popular hybrids, such as Labradoodles, maltipoos and sheepadoodles. The AKC, a governing body for many dog shows, doesn’t currently recognize any of those as breeds. But AKC spokesperson Brandi Hunter says poodle-mix fans have made some inquiries about what recognition would involve.

One key requirement is articulating an ideal for the breed, in order to attain some consistency.

“The predictability is one of the things that draws people to purebred dogs,” Hunter explains.

ON THE RARE SIDE

The rarest breed last year was the Norwegian lundehund, consistently sparse in the U.S. The smallish dogs boast extra toes and unusual flexibility that once helped them climb Norwegian cliffs to hunt puffins nesting in narrow crevices.

BREEDS ON THE RISE

The standings often don’t change a lot from year to year, but they do over time. Eight breeds, from the low-lying Pembroke Welsh corgi (#11) to the towering great Dane (#17), have entered the top 25 since the start of the century.

Some have made Olympian leaps in popularity. French bulldogs, now #2 and a common sight from TV commercials to cosmopolitan streets, ranked a distant 71st in 2000. The cane corso, which wasn’t recognized until 2010, has since climbed from 51st to 21st.

The imposing, mastiff-style cane corso goes back many centuries in rural Italy as a farm guardian that also pulled small carts and hunted wild boar. Its versatility endures, says Anthony Simonski, who has owned or bred corsi (that’s the proper plural) that compete in agility, dock diving and other sports and have appeared in TV shows and music videos.

While the dogs are protective, “it’s not about being mean — it’s about understanding its job,” says Simonski, of Acworth, Georgia.

Simonski has owned corsi since 1998 and is married to Cane Corso Association of America President Rebecca Simonski. He has mixed feelings about their growing popularity, feeling that it draws questionable breeders.

Some animal-rights advocates say dog breeding itself is a problem. They argue that fanciers focus more on dogs’ appearance than their health and that promoting purebreds ends up fueling puppy mills and stranding other dogs in shelters.

The AKC says it and its affiliated breed clubs champion and invest in dog health, including through an AKC-affiliated foundation. The club also maintains that properly done breeding has a purpose: to produce dogs with known traits, from size to sniffing ability, that fit different human needs and lifestyles.

New purebred registrations, which are voluntary, have increased by 45% in a decade, the club says. 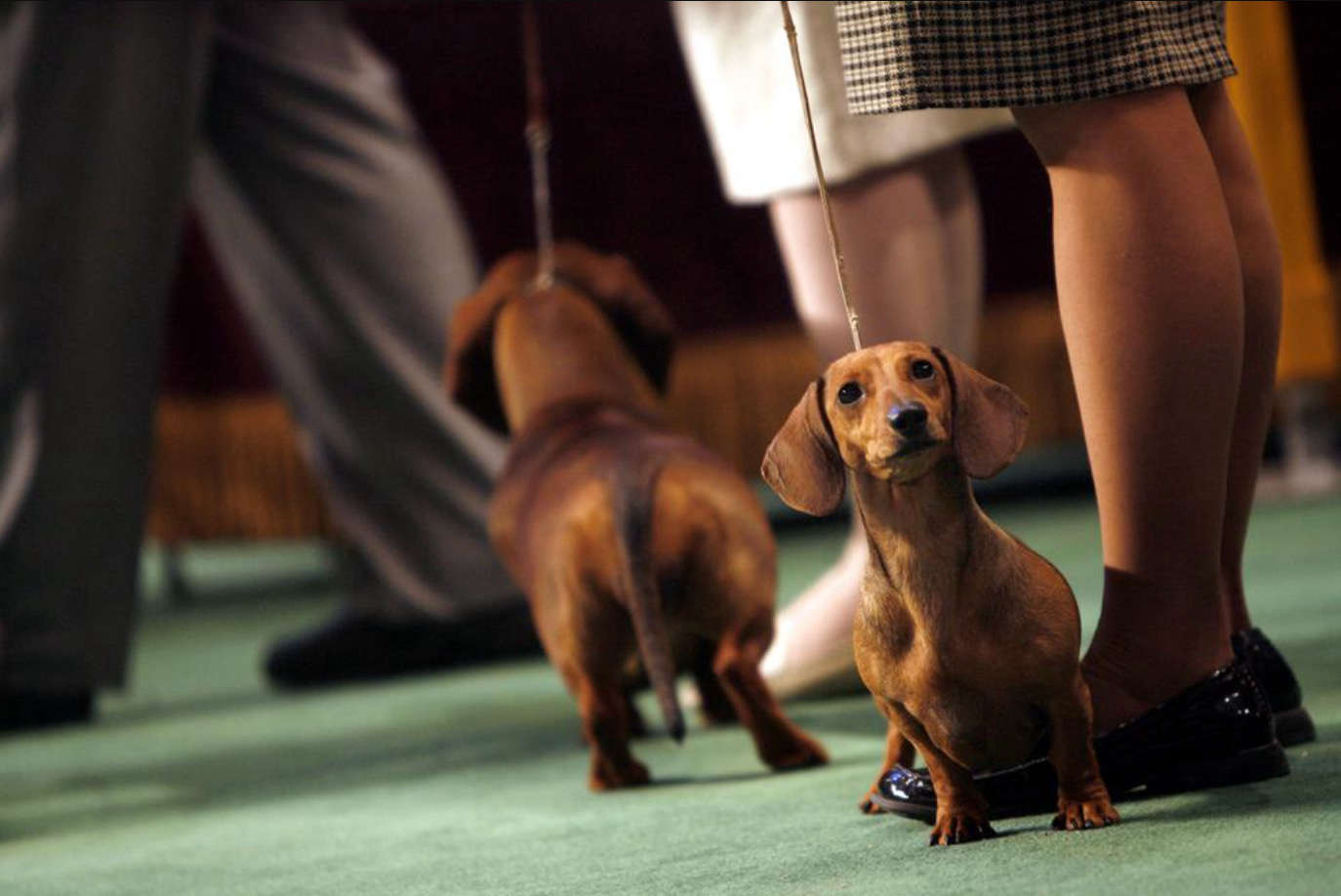 Above - EJ's CC Rider, a 1-year old smooth dachshund, waits in the ring to be judged during the 132nd Westminster Kennnel Club Dog Show at Madison Square Garden, Feb. 11, 2008, in New York. The American Kennel Club’s annual popularity rankings come out Tuesday, March 15, 2022, and dachshunds are in the top 10. (AP Photo File)