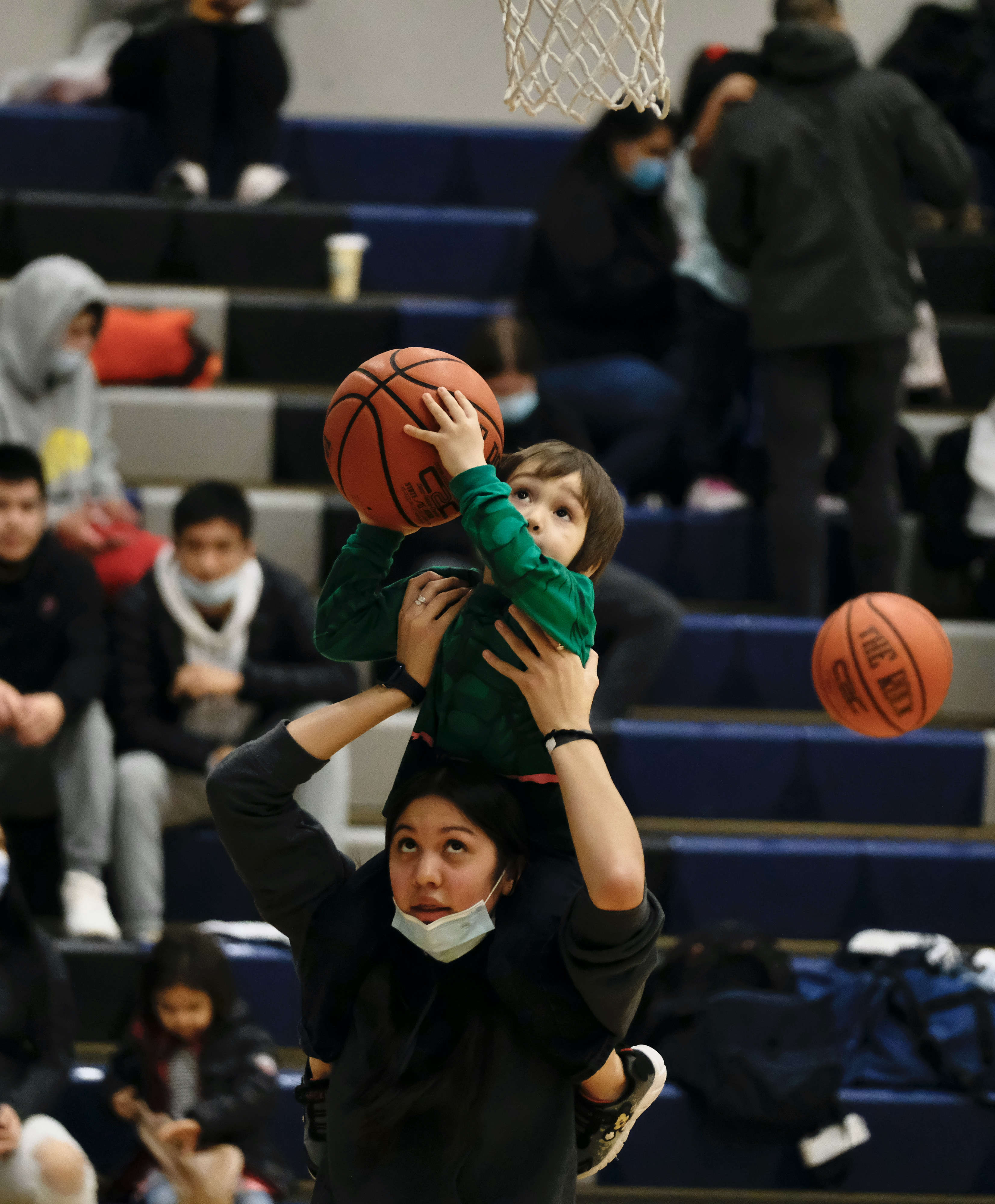 Join this young man at the Region V 1A basketball games and awards tonight at Thunder Mountain High School or check out senior night games at JDHS as the Crimson Bears host the TMHS Falcons. (Klas Stolpe/KINY)

At 5:45 p.m., the Klawock Chieftains boys play the Yakutat Eagles for the second berth into the state tournament. The Kake Thunderbirds won the Region V Championship Friday night over Klawock 60-33 and are the Southeast Conference No. 1 state seed. It is an elimination game tonight for Klawock and Yakutat. One team goes to state as the No. 2 seed, the other's season is over.

At 7:30 p.m. at TMHS, the Kake Thunderbirds girls play the Skagway Panthers for the SEC second berth to state. Klawock won the Region V Championship Friday night over Kake 52-36. Awards for the 1A tournament will follow the game.

Across town at JDHS, the Crimson Bears girls and boys host the TMHS Falcons. The girls play at 5 p.m. and the boys at 7 p.m. JDHS girls and boys basketball and cheerleader seniors will be honored after the girls game.

On Friday, the TM boys defeated JDHS 58-43. The Crimson Bears need a win tonight to earn the top seed at the Region V 4A tournament at Ketchikan, Wednesday-Saturday, March 9-12. A win by TMHS results in a three-way tie, record wise, in the Southeast Conference.

Ketchikan is 8-0 SEC, 20-2 OA. The Lady Kings are the top seed for the Region V tournament and will have a bye. JDHS will open with TMHS. 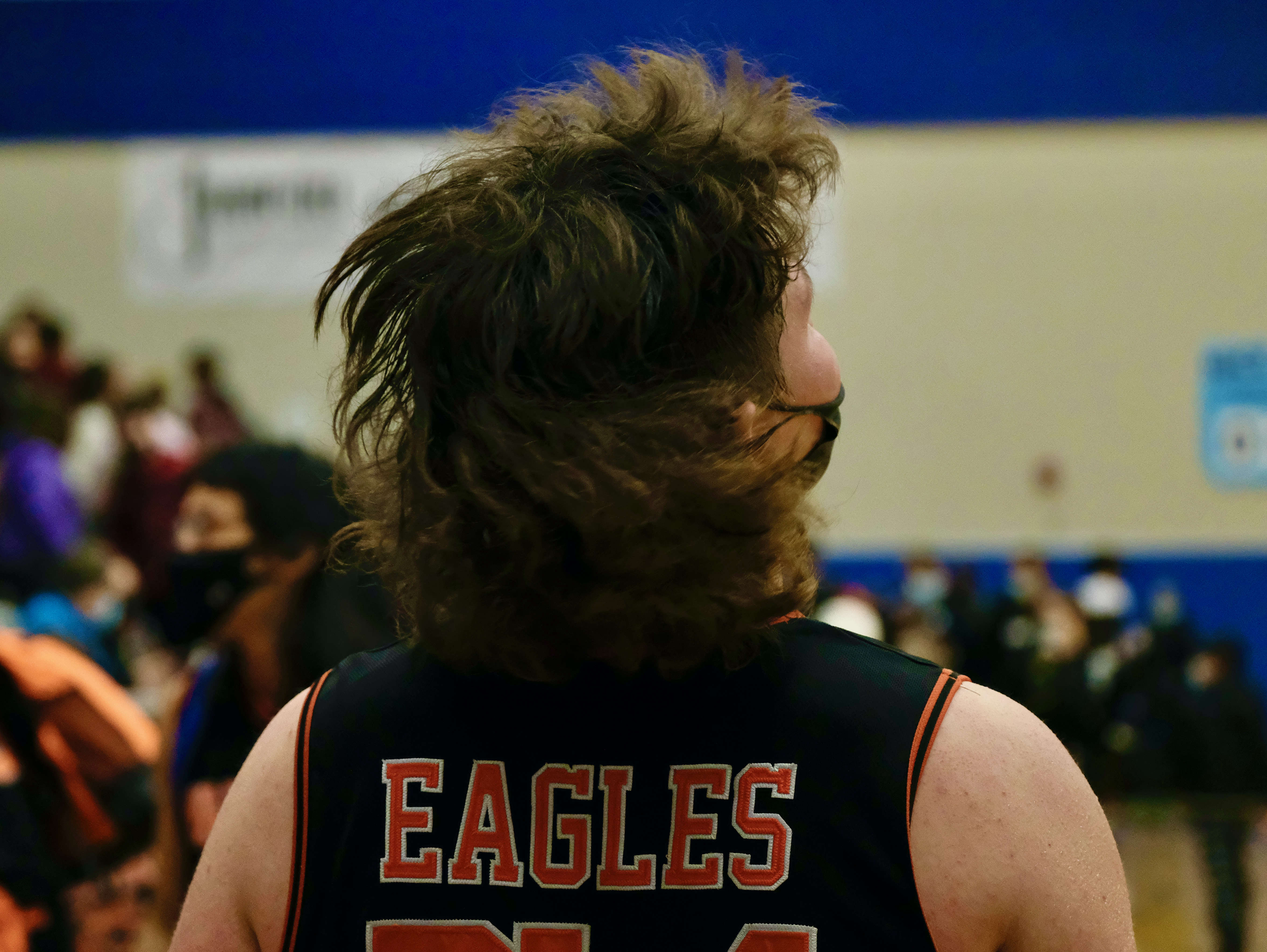 Above - Yakutat Eagles freshman Dylan Petersen has game, and a mullet! The Eagles play the Klawock Chieftains at 5:45 p.m. tonight for the second Southeast Conference berth to the state tournament. At 7:30 p.m. the Kake Thunderbirds girls play the Skagway Panthers for the second girls berth to state. (Klas Stolpe/KINY)