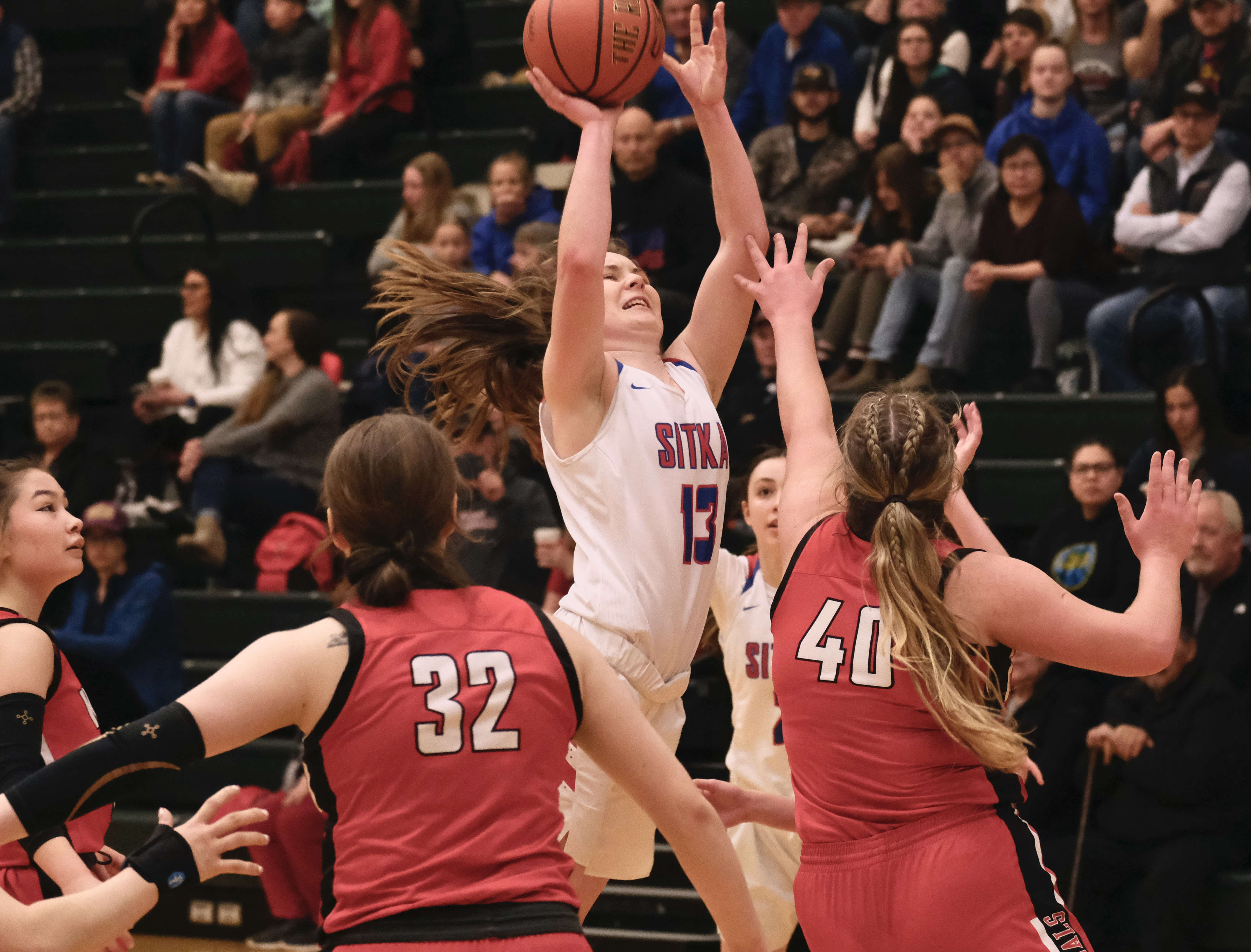 “It’s definitely a relief,” Sitka senior Tawny Smith said. “An eight a.m. game, everyone is always kind of stressed about that. It’s good, the team definitely showed up today and it was good. Just one step today in the right direction of our overall goal. Now we are able to focus on the next game.”

Kenai opened the second stanza on a 7-3 run and led 15-12 until Sitka sophomore Maitlin Young began to dominate on both ends of the court. Young would record one deflection in the stanza and a basket but opened the wings for classmate Naia Nelson who hit two shots past the arc for a 19-17 advantage at the half.

Beck tied the game for the Kardinals to open the second half but Morrison scored inside and Young hit another shot past the arc for a 24-19 Lady Wolves advantage and Sitka would never trail in the game again.

Kenai pulled to within two points, 24-22 on a basket by Beck but never got that close again.

Sitka led 34-27 at the end of the third quarter and the Lady Wolves opened the fourth stanza on baskets by Young and junior Marina Olney-Miller for a 38-27 lead and ended the game on a 9-7 run as the teams exchanged baskets down the stretch.

“It’s great to get that first win out of the way,” Sitka coach Mindy Bartolaba said. “We’re just looking forward to heading into tomorrow now.”

“Just their willingness to shift,” Bartolaba said. “And their ability to not give up. We had a couple lead changes and we were a little frazzled there to start out with but they didn’t lose confidence or poise. Those lead changes happen.” 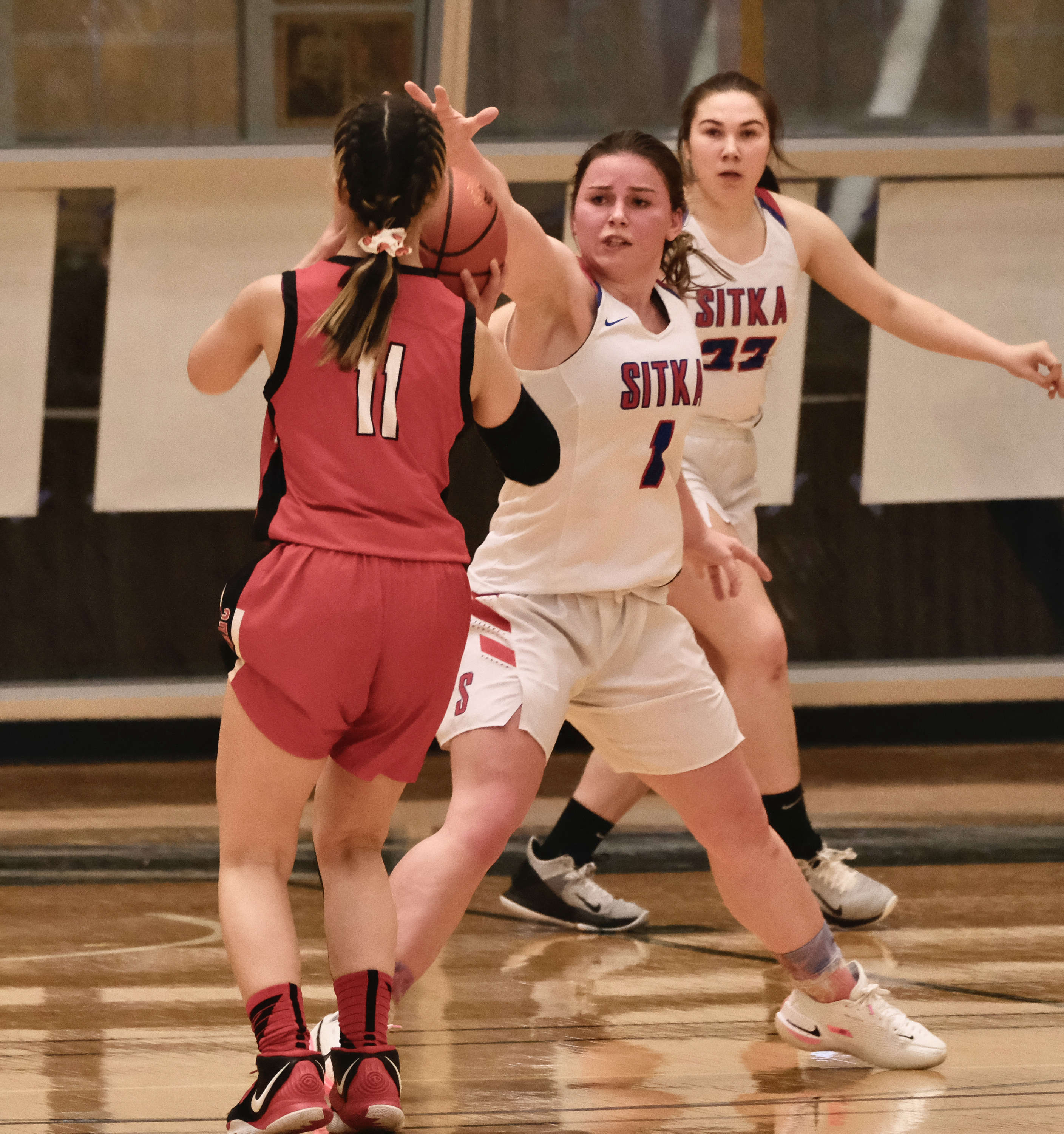 Above - Sitka senior Tawny Smith (1) checks a shot by Kenai Malerie Nunn (11) in the Lady Wolves 47-34 win over the Kardinals during the opening day of the ASAA March Madness Alaska Basketball State Championships at Anchorages Alaska Airlines Center on Wednesday. (Klas Stolpe/KINY)