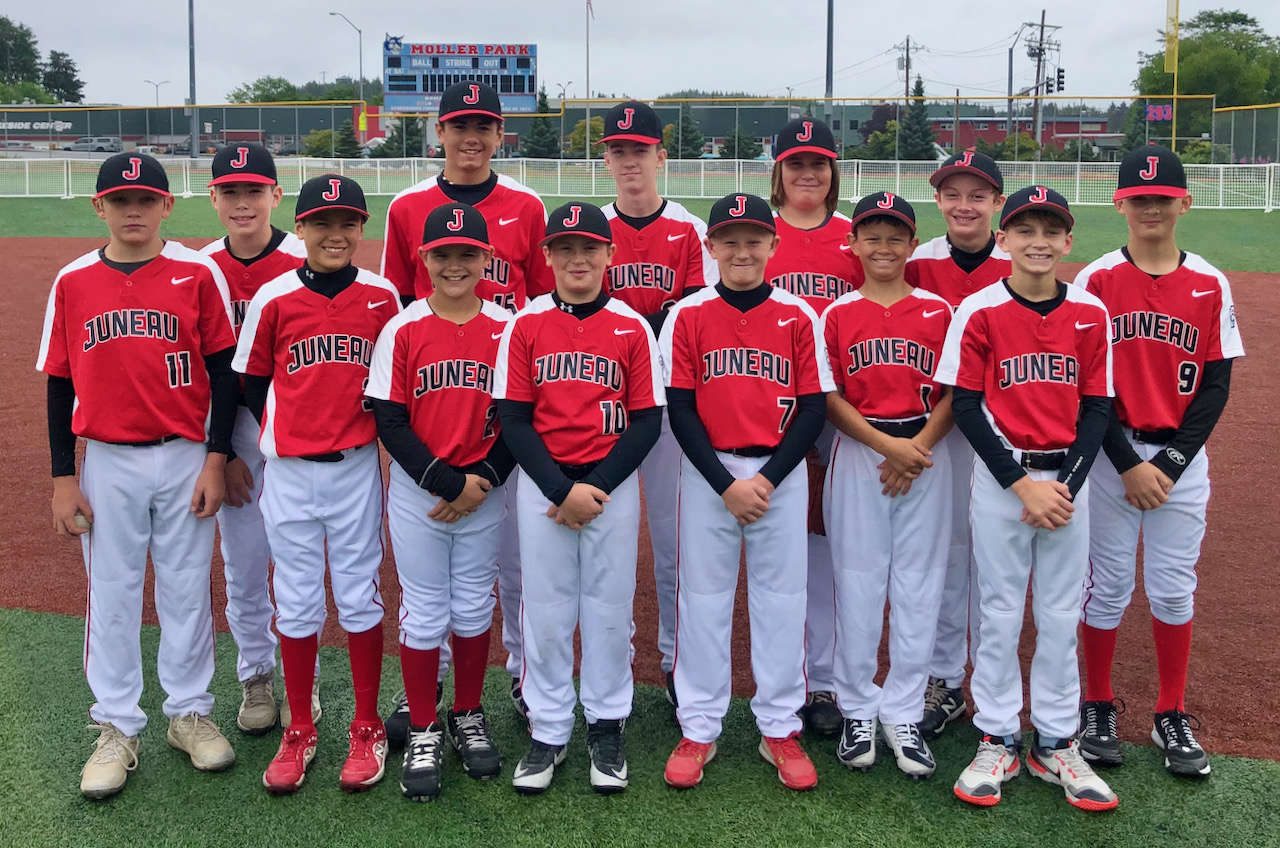 Juneau Majors All Stars, shown on Sitka's Moller Field, have earned Saturday's championship game in the District 2 Tournament by defeating Sitka 7-6 on Thursday.

Juneau, Alaska (KINY) - The Gastineau Channel Little League Majors (10-12 year olds) Baseball All-Star team did what was expected on Thursday, just with a little extra intrigue as they needed a late-inning rally against Sitka to stay undefeated at the District 2 Tournament in Sitka.

Juneau’s Isaac Kirsch hit a bases-loaded line-drive to score Micah Nelson and tie the score in the bottom of the sixth inning and Jamison Randolph scored on a passed ball to earn the 7-6 win.

"It is easy enough to play while you are ahead," Juneau manager Jaysen Katasse said. "The true test is how you play when you are losing, especially losing early. But we kept it together, kept putting guys on base, kept pushing runs across, kept Sitka from scoring. This team just does not give up."

They got Sitka, and the Moller Field boys gave the capital city lads all they could handle, opening a 6-1 lead in the top of the second inning.

Juneau had scored the first run of the game in the bottom of the first inning as Nelson was hit by a pitch, advanced to third on a Randolph single and stole home to score.

Juneau picked up two runs in the bottom of the second as Charlie Begenyi scored on a ground out by Bode Winkleman, and Joshua Beedle scored on a steal of home plate with two outs, closing the score to 6-3.

Juneau added a run in the bottom of the third as Begenyi was hit by a two-out pitch and scored on a single by Brenner Harralston to trail 6-4.

Harralston struck out the Sitka side in the top of the fourth inning, and the momentum carried into the bottom half of the inning for Juneau. Vinny Nizich led off with a single, stole second base, advanced to third on a ground ball out by Randolph and scored on a passed ball to close the score to 6-5.

Sitka threatened in the top of the fifth inning as Calhoun and Wyatt Conforti earned walks off Juneau hurler Nelson. Juneau brought in reliever Kirsch, who put Sitka’s second and third outs down with strikes to save the inning.

Juneau put two runners on in the bottom of the fifth inning as Kamden Kissner earned a one-out walk and Beedle singled but the Sitka defense fielded ground balls to first baseman Chase Haskins and pitcher Radziukinas to end the threat.

Juneau’s defense held again in the top of the sixth inning as Kirsch struck out the first two batters and Kissner fielded a line drive at second base for the third out.

Nelson led off the bottom of the sixth inning with a single and Randolph followed with another dinger. Nizich earned a walk to load the bases with no outs, and Kirsch hit a fly ball out to deep center that allowed Nelson to tag up and tie the score at 6-6. Randolph then streaked home on a passed ball for the walk-off game-winning run.

Sitka’s Steinson and Johnson led with two RBI apiece. Steinson, Johnson, Calhoun, Callahan, Smith and Radziukinas had one hit each.

Sitka faces Ketchikan in an elimination game Friday. Juneau awaits the winner of that game for the District 2 Championship on Saturday. The GCLL boys would have to be defeated twice on Saturday by tomorrow’s winner to lose the championship.