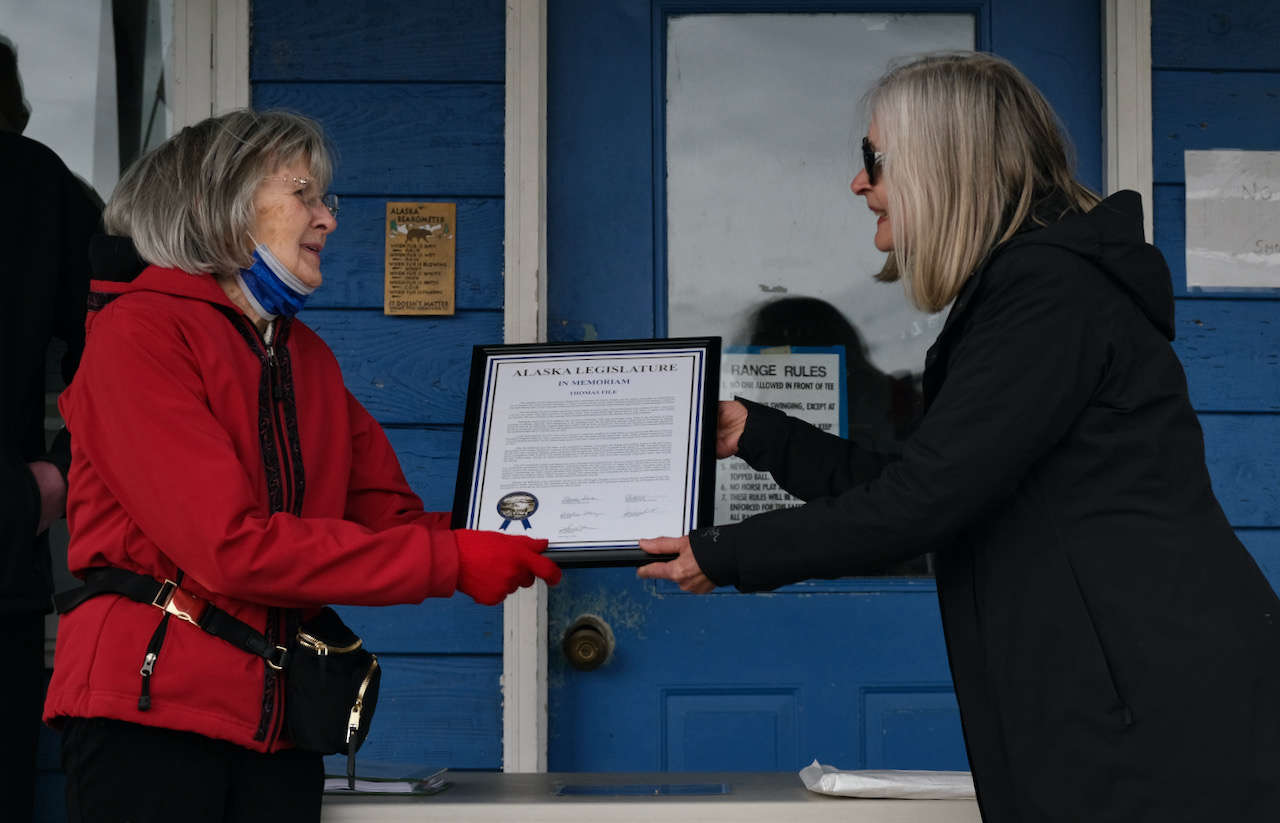 Juneau, Alaska (KINY) - Mendenhall Golf Course founder Thomas File was posthumously honored with a citation on Tuesday by members of the 32nd Alaska State Legislature in front of family and friends on the site of where he first hand-mowed the driving range.

“He took our lawn mower from the house,” said Elizabeth "Koggie" File, File's widow. “And he mowed the first 10 acres with our lawn mower and some people who lived on the Engineer’s Cutoff called me one day and said, ‘What is Tom doing out there mowing all that property with that little lawn mower?’ And I said, 'Well, he wants to put in a driving range.’ The word got out and folks came and said, ‘Tom, if you can build a driving range you can put in nine flags…’ We’ve had some very exciting times…”

“I know when he opened the golf course much to the delight of many people,” Story said. “I think of today how much good exercise, a beautiful spot, and I have to say I know a few people who Tom and Koggie changed their lives.”

Thomas File was an Alaska Department of Revenue state auditor from statehood until his retirement in 1983. After which he began developing and building the Mendenhall Golf Course. It opened in 1986. In 2010 File turned management of the course over to his grandson Dan Baxter.

Koggie File said: “As you all know, Tom was a very humble man. He’s looking down from heaven saying, 'All these folks here for me?’ He enjoyed his time out here very much. He enjoyed meeting all you folks and I want to thank all of you from the bottom of my heart, thank you.”

Thomas File's celebration of life presented by the 32nd Alaska State Legislature can be read below: 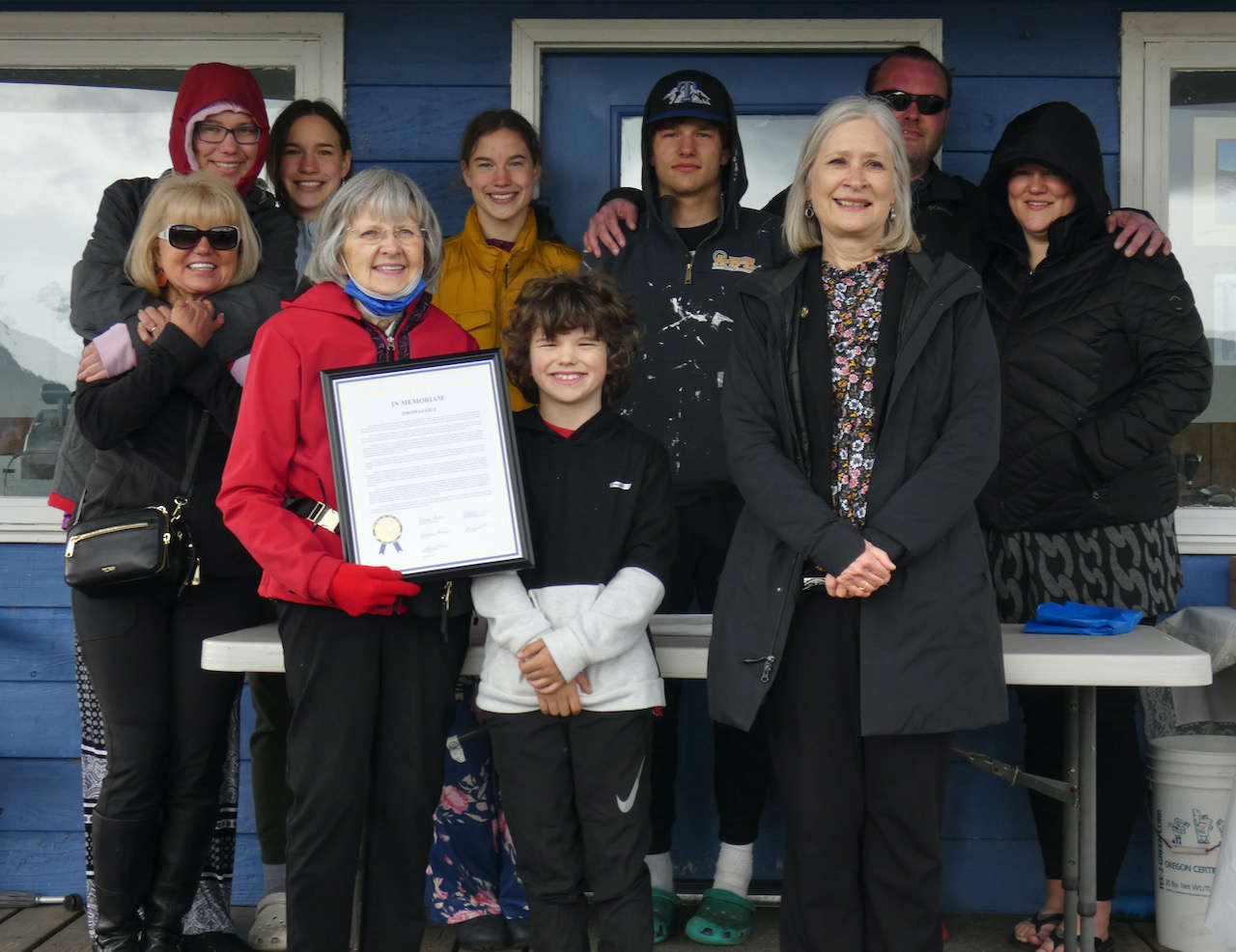