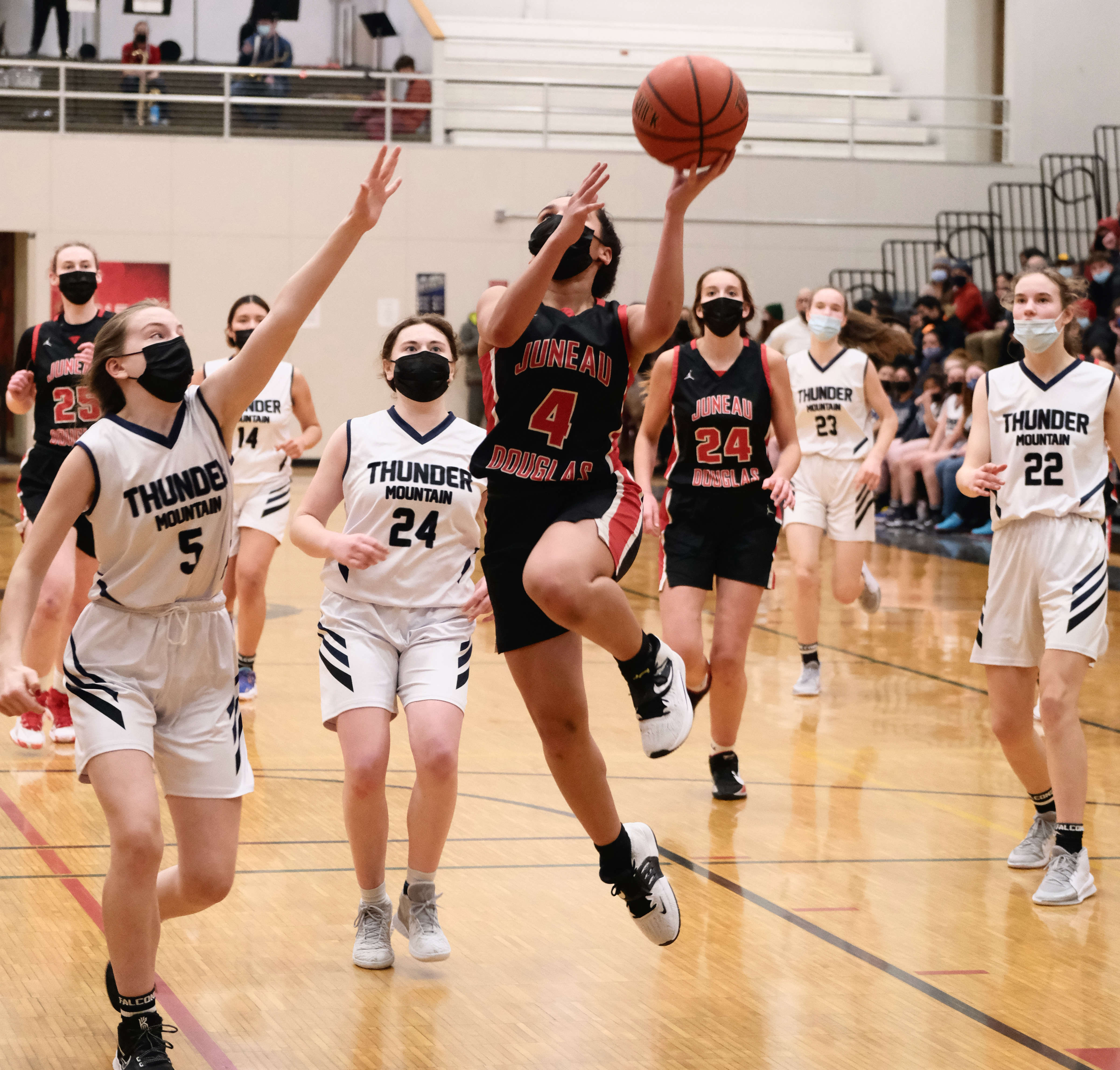 Thunder Mountain players are shown against Juneau-Douglas last week. The Falcons fell to Palmer on Thursday.

Juneau, Alaska (KINY) - The Thunder Mountain High School girls basketball team fell to the host Palmer Moose 61-50 in the Palmer Elks Showdown on Thursday. “Sometimes young teams play young,” Thunder Mountain coach Andy Lee said. “We’re young and inexperienced. We’ve had some poor starts and this was one of them.”

The Falcons fell behind early in the game and trailed 35-10 midway through the second quarter and 36-21 at the half.

“They were a very large team,” Lee said. “They probably had 20 pounds on us at every position. Our inexperience led to them getting a lot of offensive rebounds and a lot of run-outs.”

Palmer led 57-34 starting the fourth quarter and the Falcons held the Moose to just four points in that final stanza.

“At some point we settled down,” Lee said. “We got a sense of urgency and we started to grind. We showed some flashes of what we can become. We played some good individual defense but we don’t have a cohesive team defense yet. We handled their press really well, but they dominated us on the boards at both ends. Their more experienced size over our younger inexperienced size was probably a key difference.”

Statistics were not provided for the game by press time.

“We execute very well on set plays,” Lee said. “But we did a very poor job of doing things in the half court. That’s something we are going to have to become strong enough to do and more experienced. And sometimes it is painful to get experience. We did some really good things. We outscored them over the last three quarters. But we dug a hole early and we were just not ready to climb out of a hole that deep

The Falcons tournament action continues on Friday against West Valley and Saturday against East Anchorage.