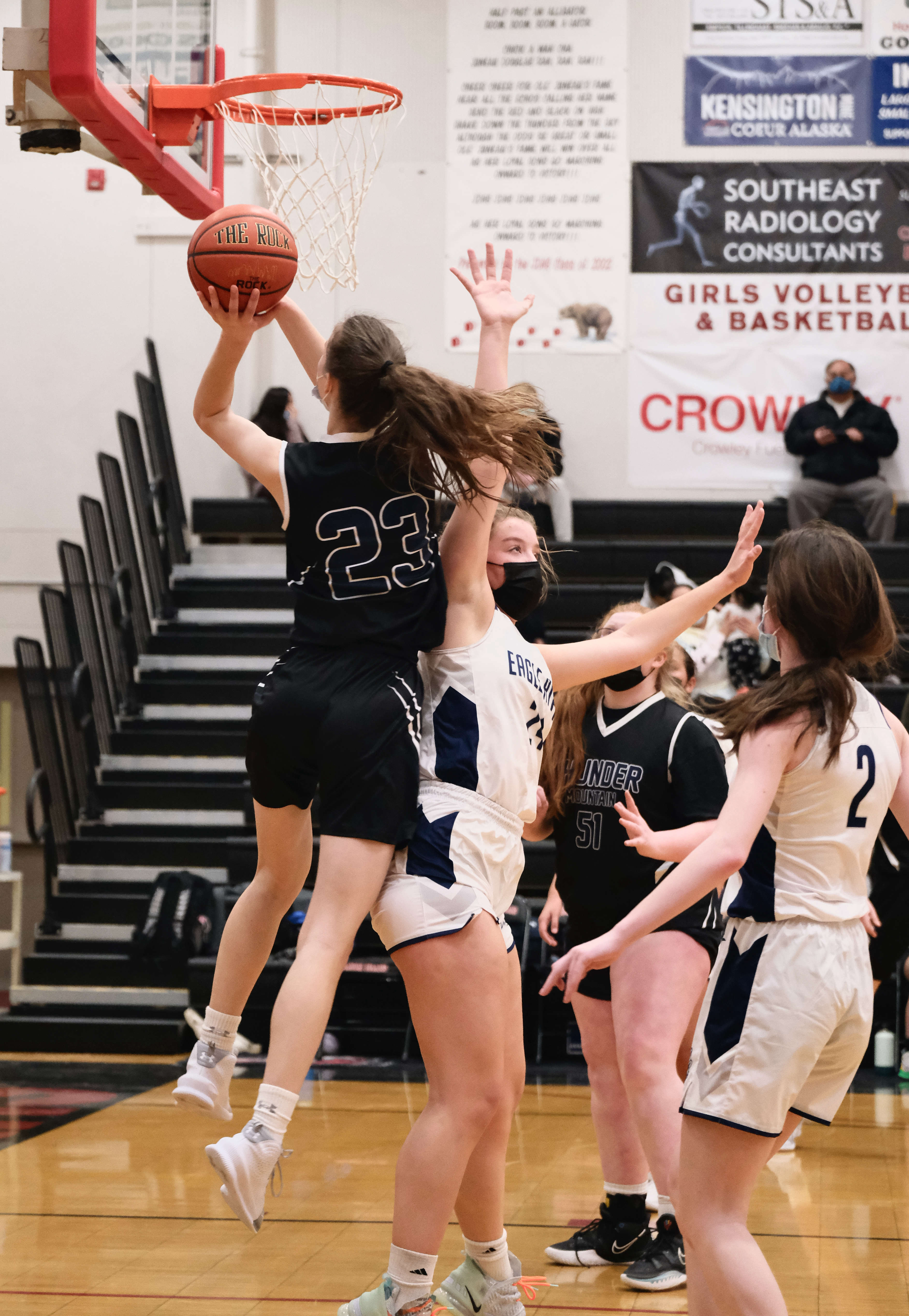 “We showed some promise that we had hoped to get from the prior tournament,” TMHS coach Andy Lee said. “Finally having had some experience in a game. We had a little adversity, we are missing some players, we faced some adversity and we overcame it.”

Despite three rebounds and a blocked shot in the first three minutes of action by Eagle River sophomore forward Brooklyn Rollman that gave the Wolves a 6-3 advantage, the Falcons were persistent with a full court press that resulted in 13-0 run to close out the first quarter for a 16-6 advantage.

“We only have six players,” Eagle River coach Candice Love said. “So I like how scrappy they are being and working together as a team. I think that shows a lot about their character and what they are going to do for the team and the pride they take in that.”

The Wolves were missing two starters so Rollman stepped up beyond her years.

“She’s only a sophomore,” coach Love said. “She’s definitely a big work in process and a big part of our offense and defense with just keeping people out of the paint. She’s strong and not a lot of people can move her around, so it’s great.”

Thunder Mountain’s pressure defense held Eagle River scoreless in the second period and the Falcons went into the half up 29-6 as Falcons’ forward Cailynn Baxter found range from outside and Kerra Baxter helped defend on the interior.

Rollman added two blocked shots and a basket to open the third quarter of play for the Wolves and it took three minutes before the Falcons’ Kiara Kookesh hit a jumper.

“She’s an all-state level player eventually for them,” Falcons coach Lee said of Rollman. “We focused on making sure her life was miserable and then she had to leave the post because we did a good job from the perimeter. I thought we handled that well.”

Eagle River went to a zone defense and Thunder Mountain was patient on offense with the third quarter ending with the Falcons up 36-10.

Thunder Mountain continued to hold court pressure and had steals by Kookesh and Kaidree Hartman to open fourth quarter action as the Falcons took the win.