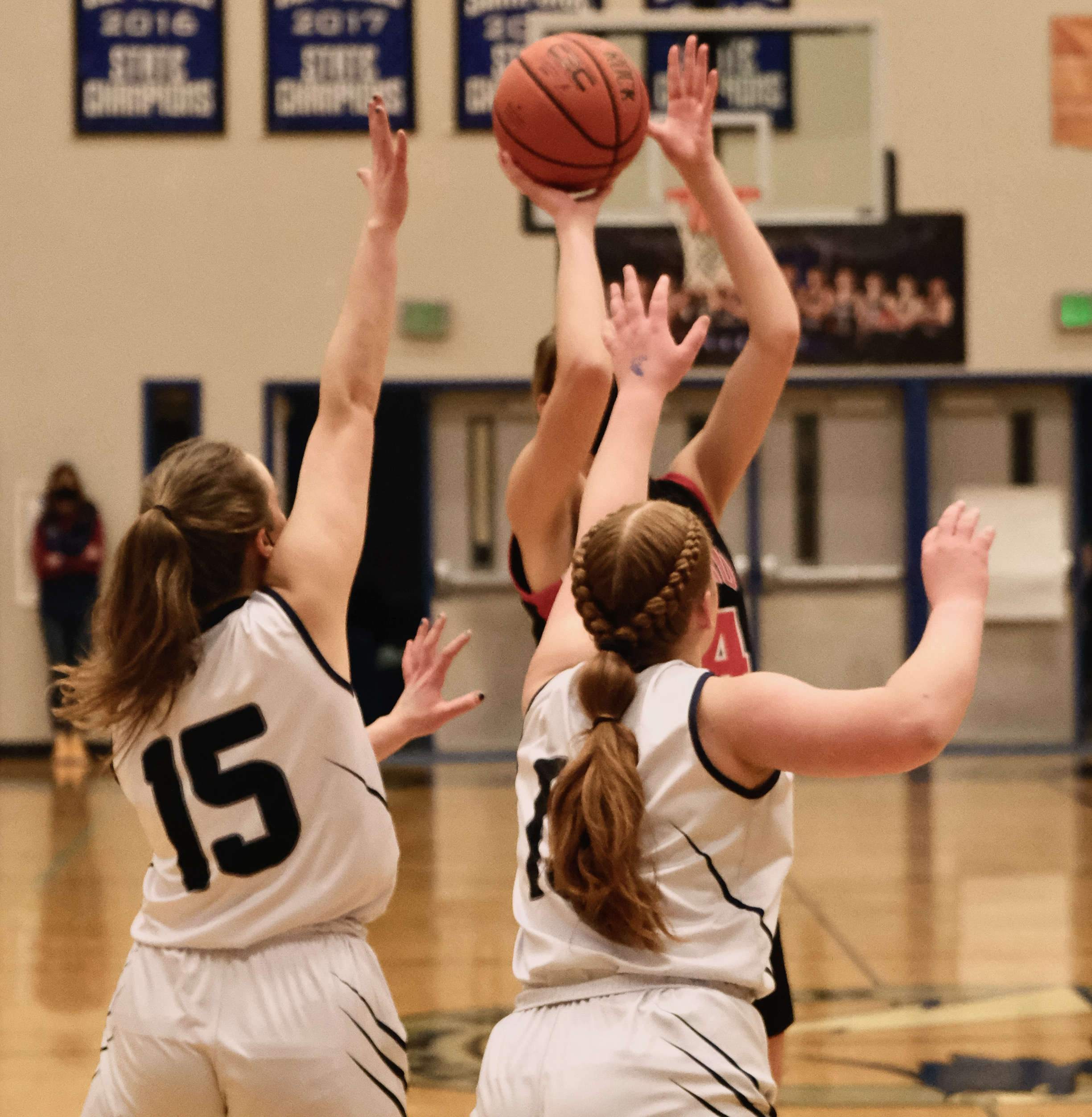 “Seniors are important to passing on tradition and having role models within the program,” TMHS coach Andy Lee said. “They make every trip easier and every game better.”

Olissa Oliver is a four year player for the Falcons.

“An amazing teammate and leader,” Lee said. “She suffered a serious knee injury but came back.”

Strong is a team captain and four-year varsity letter winner.

“She has been an all-tournament selection three times this year,” Lee said. “She is an everyday MVP.”

“She improves everyday,” Lee said. “She is our Swiss army knife.”

“She has this incredible hustle and drive,” Lee noted.

Jorda Basiliso is a four-year player in the program.

“She is the heart and soul of the JV program,” Lee said. “A coaches player and a great teammate. Every team needs a Jorda.”

The TMHS senior players will be honored before Saturday’s varsity game.

Note: The Crimson Bears boys will be playing at Ketchikan tonight and Saturday and broadcast live on 107.9 The Hawk at 7:15 p.m. both nights.