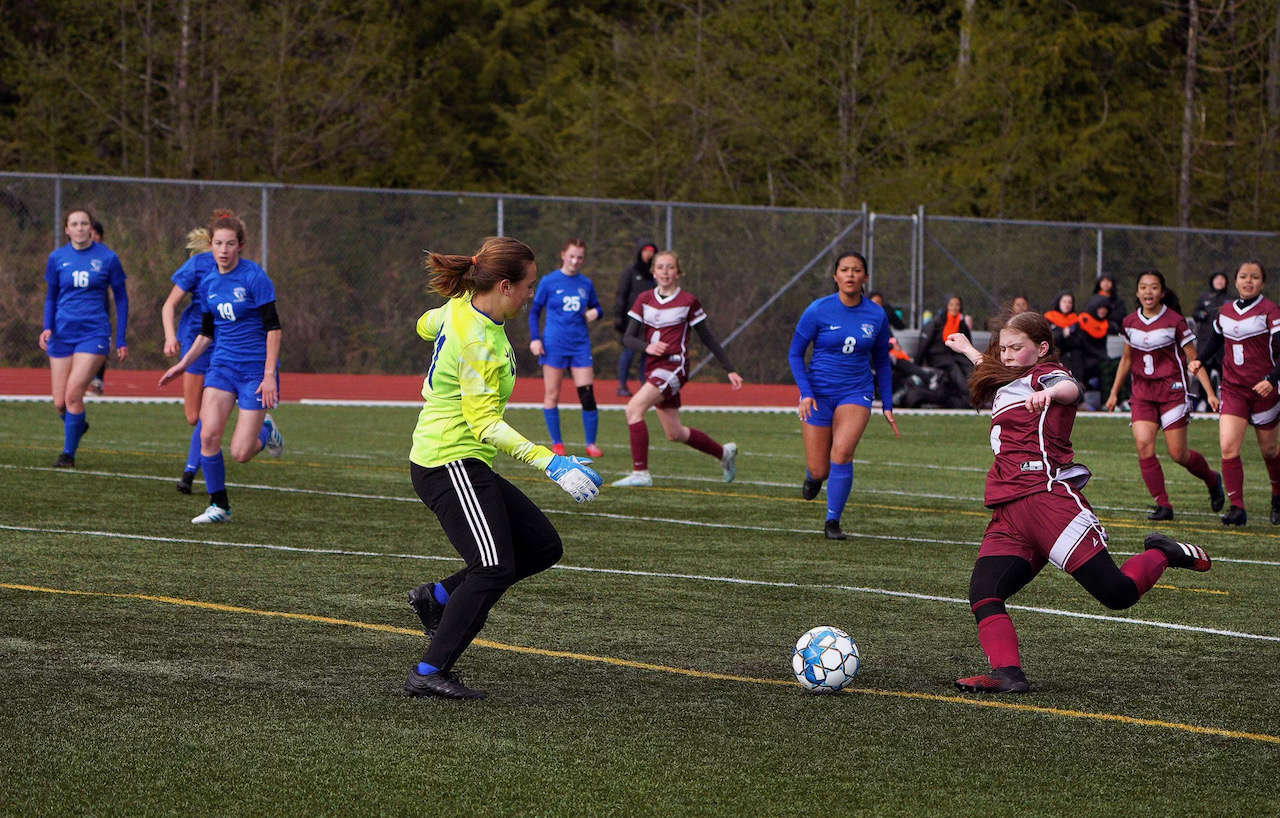 TMHS senior MaryEllen Bryson scored the Falcons lone goal with 11 minutes remaining in the match on a penalty kick.

The Falcons had opportunities throughout the match including a shot two minutes in that went high, three shots in the last 10 minutes of the first half and controlled 65-percent of possession.

“Ketchikan played well and put a lot of pressure on us in the first half and put two goals away,” TMHS coach Cindy Eriksen said. “In the second  half we came back and played well, but could not finish on the chances we got.”

On Tuesday the Falcons put a damper on the Lady Kings final season game with four goals and nearly 80-percent of ball possession.

“We came out and played our game,” Eriksen said. “Despite having an early injury we shifted players around and adjusted the play.”

In Monday’s JV game TMHS won 3-0 with two goals from sophomore Kaidree Hartman and one from Olver.