TMHS Senior Cheerleaders to be Honored 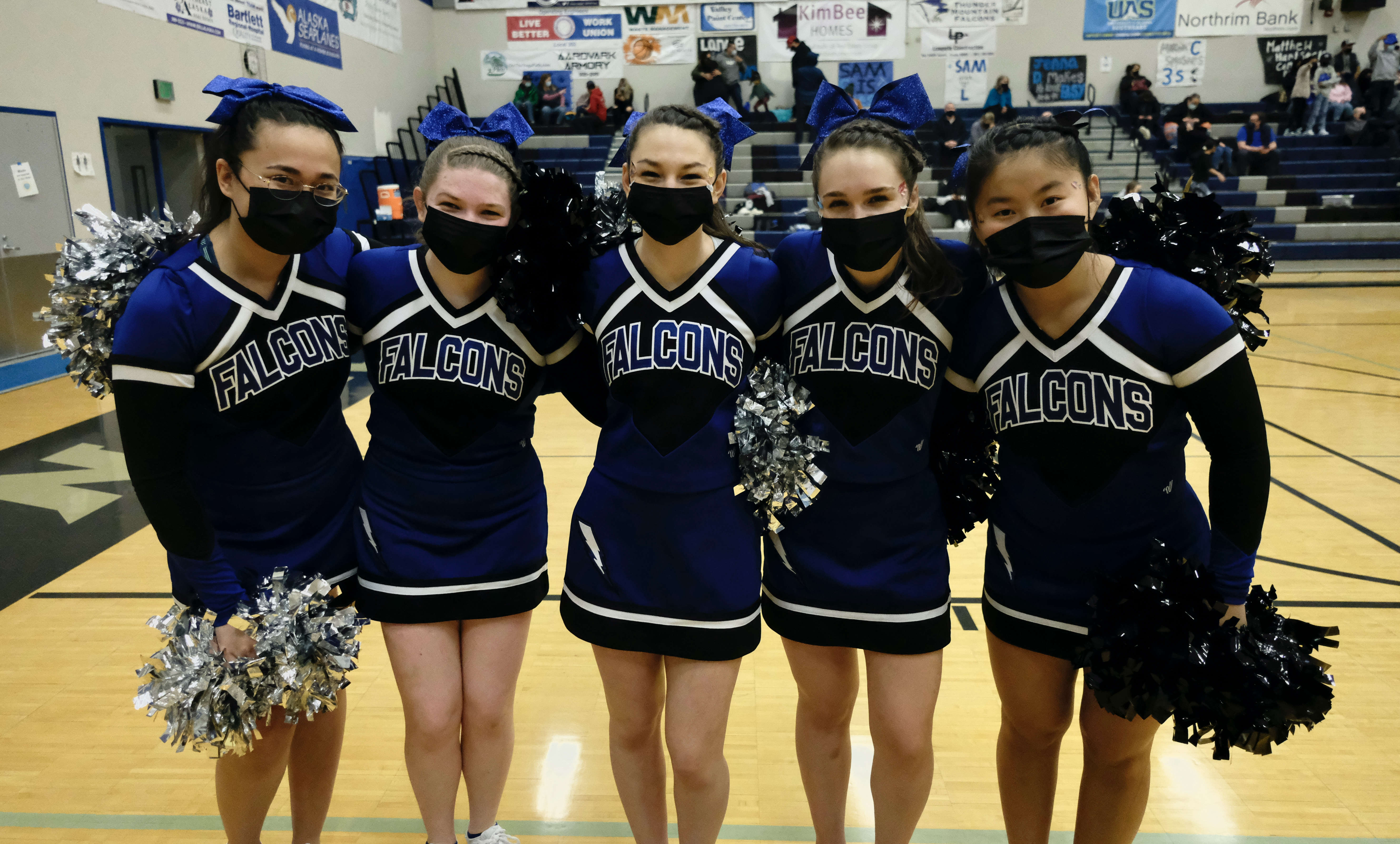 Juneau, Alaska (KINY) - The Thunder Mountain High School cheer team will honor their senior members tonight before the Falcons game against the Ketchikan Lady Kings in the Thunderdome at 6 p.m.

“Oh my goodness it has been a wild ride over the past four years,” Anne-Alese Rentrop said of her cheering experience at TMHS. “Especially making varsity as a freshman. That is a really big deal, not many people do that. It kind of makes you have to step up.”

Rentrop said she will miss everything about cheering.

“I’m going to miss the atmosphere, the girls, the team, the boys too,” she said. “Just being a part of our spirit and our student body, and stunting.”

Rentrop said her advice to younger cheerleaders is to keep working hard and keep practicing.

“Because really nothing is going to happen over night,” she said. “You are never going to get any of the skills, the tumbling over night. You have to keep working for it.”

“Because my sister went to Thunder Mountain and I would go to her games and I would really see them sharp and tight and be really intimidated by them,” Haight said. “When I came to high school I really wanted to be like them and at first I thought it would be easy. Once I started I was like ‘no way, this is hard work.’ I don’t think I understood the amount of hard work until my junior year when I knew that cheering was really a sport… tumbling, stunting, that’s a lot of work. It’s physical. We’re lifting people, we’re flipping and you should practice, practice, practice.”

Jamaica Walter moved to Juneau from the Philippines where she participated in archery and badminton.

“Cheerleading is very new to me,” Walter said. “I’ve only done it for two years but I’ve learned a lot. Like to be more out going and making new friends. Actually just to be a peppy cheerleader and have fun. And teamwork too, you really have to work together to make a stunt. All my teammates are very supportive.”

Rayna Gehring said being part of the cheer group was special.

“It’s been nice to cheer along side them,” Gehring said. “I’ve learned a lot from my coaches, from my teammates, from getting to be out there. It’s just so fun getting to be in front of a group of people, cheering on a team, it’s been a great experience. One of my favorite at Thunder Mountain High School.”

Gehring and Rentrop specialize in back flips across the floor during breaks in the game action.

“That is from prior gymnastics experience,” Gehring said. “But it has always been one of my favorite things to do, always a crowd pleaser. It’s lots of fun, it all is.”

Grace Stewart moved to Juneau from Metlakatla, where she was also a cheerleader.

“The cheer community is very welcoming,” Stewart said. “The coaches, Susie (Denton), she does a really great job at allowing new people to feel welcome and just being a part of that community is really important. Metlakatla and Juneau are very different but also very similar experiences because the student section gets engaged and its a lot of fun when you know the crowd wants to cheer with you.”