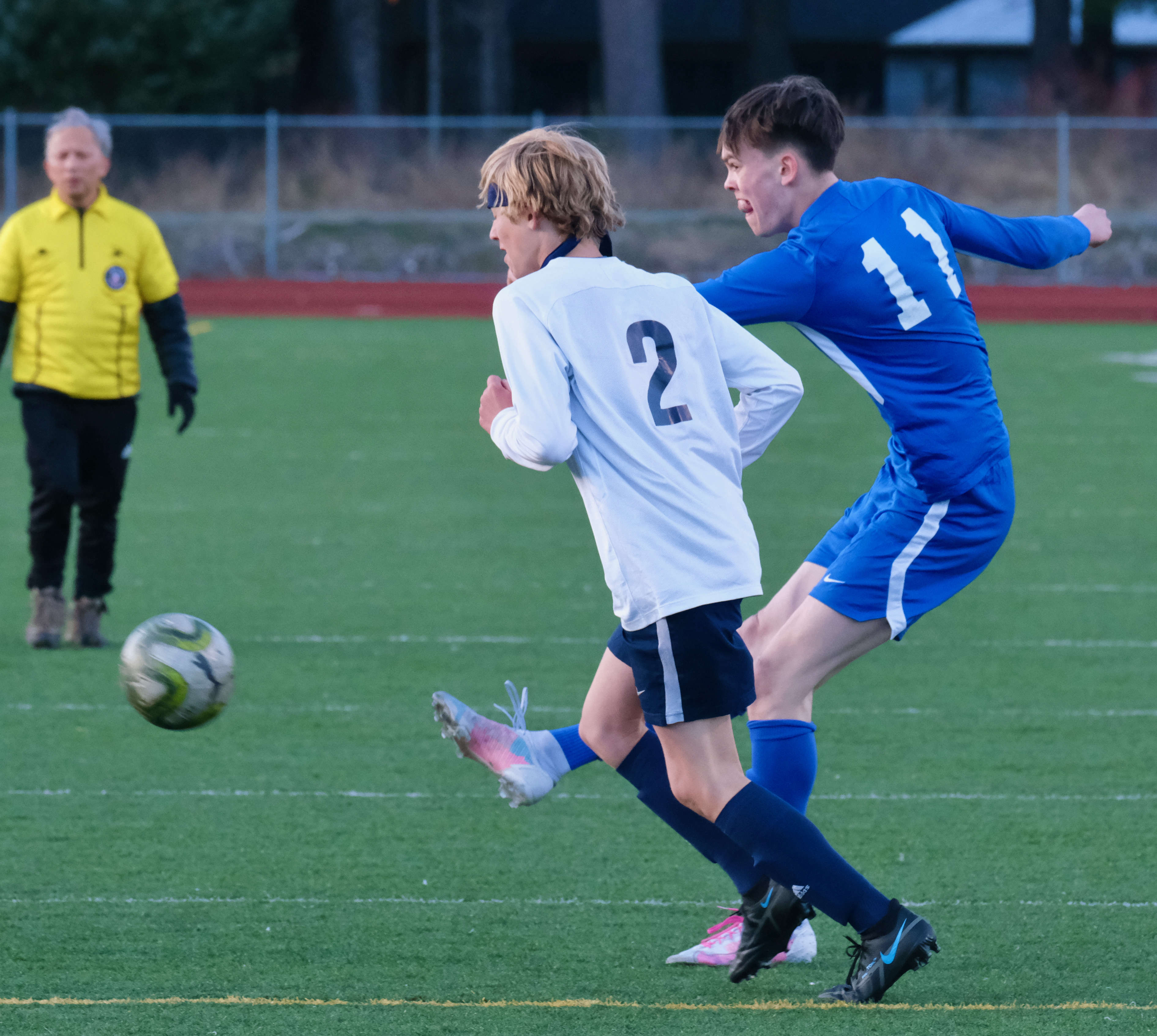 “We made some adjustments from earlier in the week and it showed in the game,” TMHS coach Timothy Lewis said. “I was able to play most of my upperclassmen and got quality minutes from kids across the board.”

“I am very pleased with the efforts the kids put in when they had an opportunity to be on the pitch,” he said.

TMHS senior Omar Alvarez had two shots on goal in the first two minutes and sophomore Owen Adams two in the following three minutes before Falcons senior Talon Briggs struck a hard shot from 25 yards out off midfield for a 1-0 lead.

TMHS senior Wallace Adams did the same a minute later for a 2-0 advantage and the Falcons began to compile a shot chart that included 13 in a row, unofficially, before Briggs headed in a goal on an assist by W. Adams for 3-0 at the 24th minute of the first half.

“We made some quality goals while also missing some golden opportunities,” Lewis said. “Credit goes to the midfield for controlling the game but overall total team effort and the kids came to play. We will be back to the drawing board to make some tweaks as we work towards the next game. Credit to homer for not giving up and getting a goal late in the first half.”

The TMHS boys games against JDHS at Adair Kennedy Field, Wednesday, has been postponed and will be rescheduled at a later date. 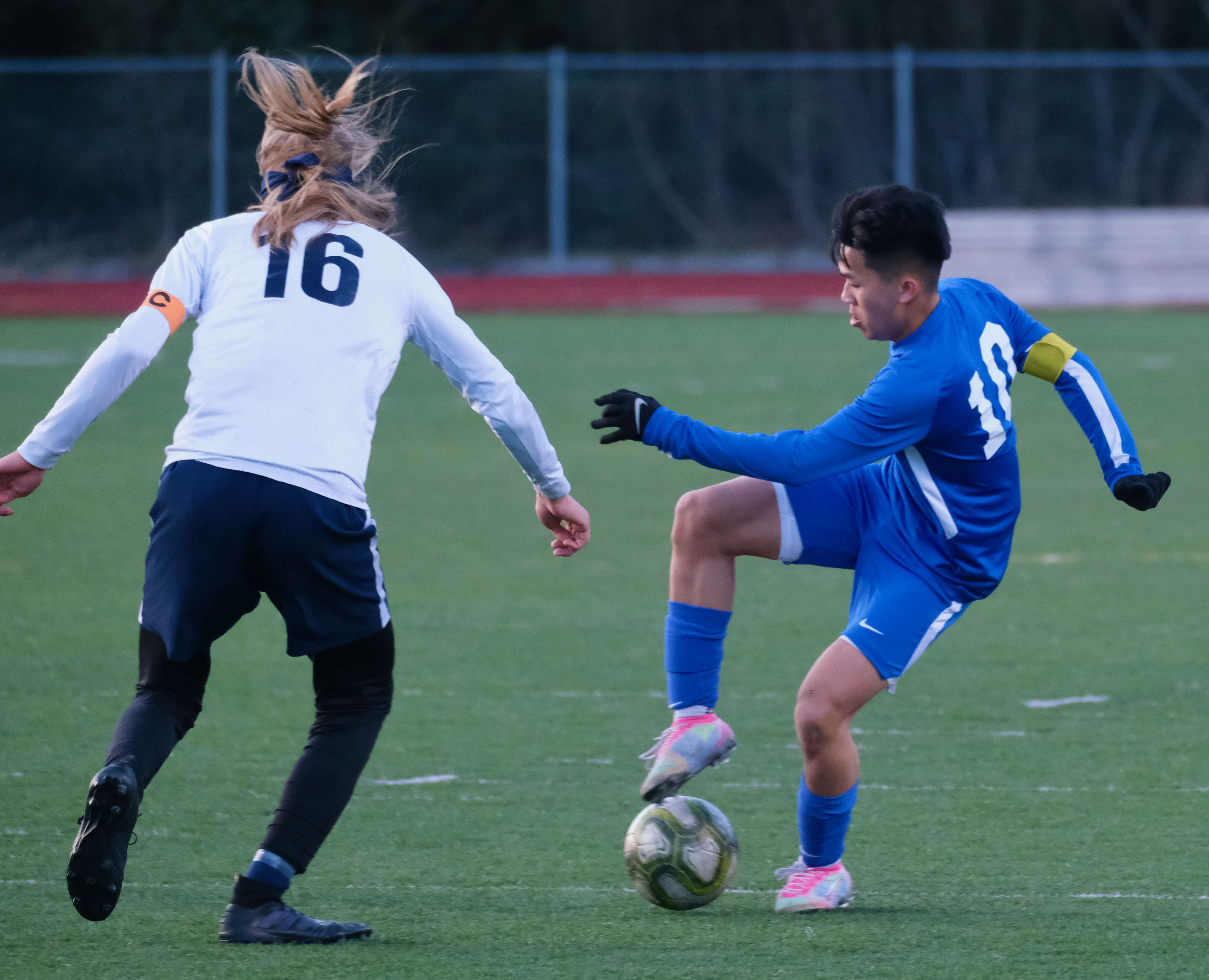 Above - Thunder Mountain High School senior Phillip Lam (10) moves a ball past Homer senior Hunter Green (16) during the Falcons 7-1 win over the Mariners on Friday on the TMHS pitch. (Klas Stolpe/KINY)