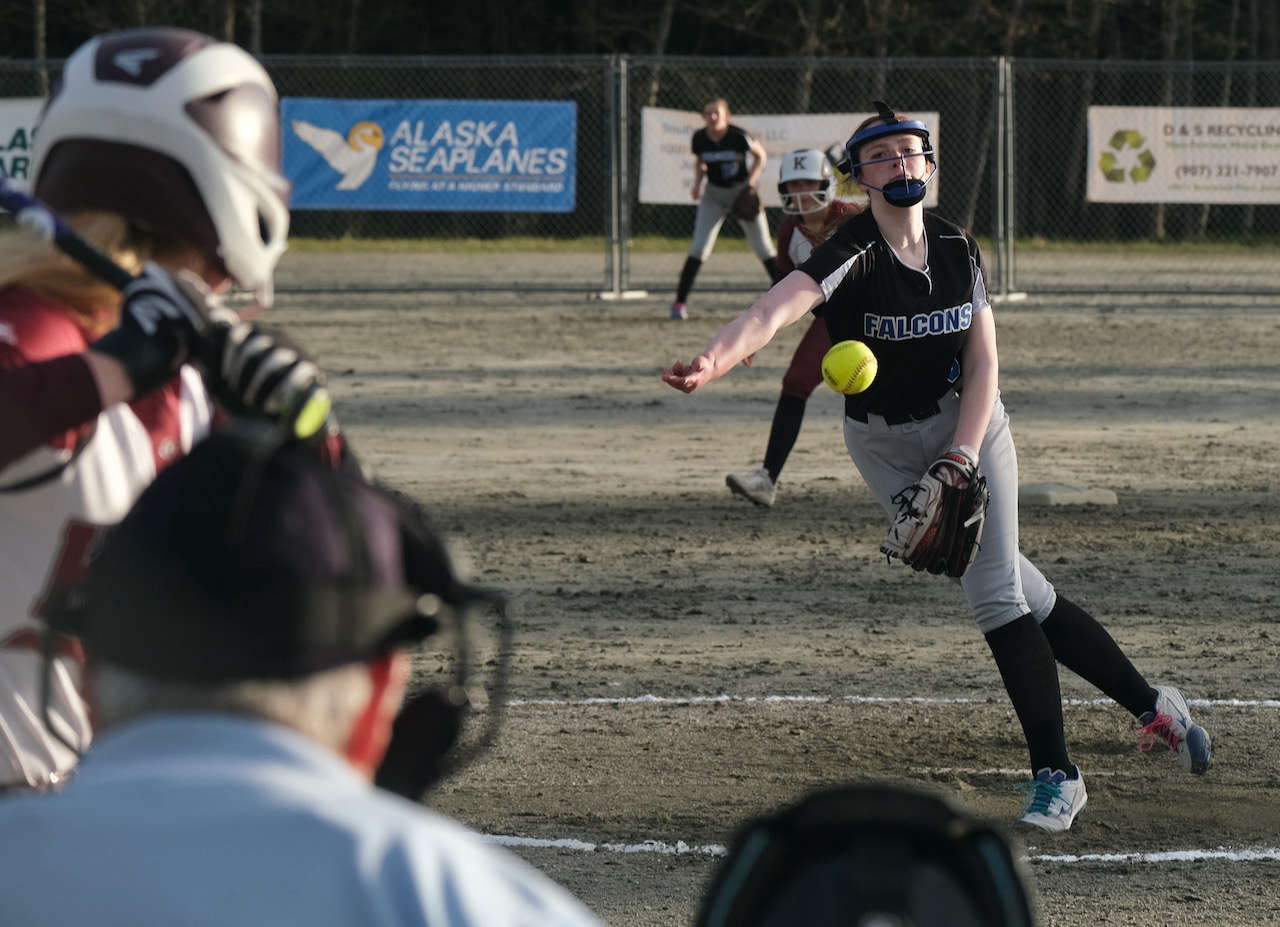 TMHS scored the first run of the game in the bottom of the third inning as sophomore Jenna Dobson hit a fielder’s choice scoring senior Taylor Johnson.

Ketchikan tied the game in the top of the fourth as Gabby Mas reached on an error scoring Taylor Jackson.

TMHS scored two runs in the bottom of the fourth inning as Jack Lovejoy reached on an error scoring senior Rileyanna Payne, and sophomore Ashlyn Gates scored on a pickoff attempt from home to third base.

Ketchikan scored a run in the top of the fifth as Shaely Mendoza hit a lead-off single and scored as Kenzie Pahang reached on an error.

TMHS scored their final run in the bottom of the fifth as senior Sydney Strong doubled and scored on a Payne single to left field.

Payne went 2-3 with one run batted in and one run scored to lead the Falcons. Dobson had one RBI. Senior Anne-Alese Rentrop and Strong had one hit apiece. Strong, Payne, Gates and Johnson scored one run each.

Ketchikan’s Hannah Moody went two innings, allowed one run, struck out one and walked one.

Pahang and Mas had one RBI apiece. Mas had two hits, Rylie Welk, Mendoza, Pahang and Faith Easterly one hit each. Mendoza and Jackson scored one run apiece.

All four Southeast Region V softball teams will be in action over the weekend. 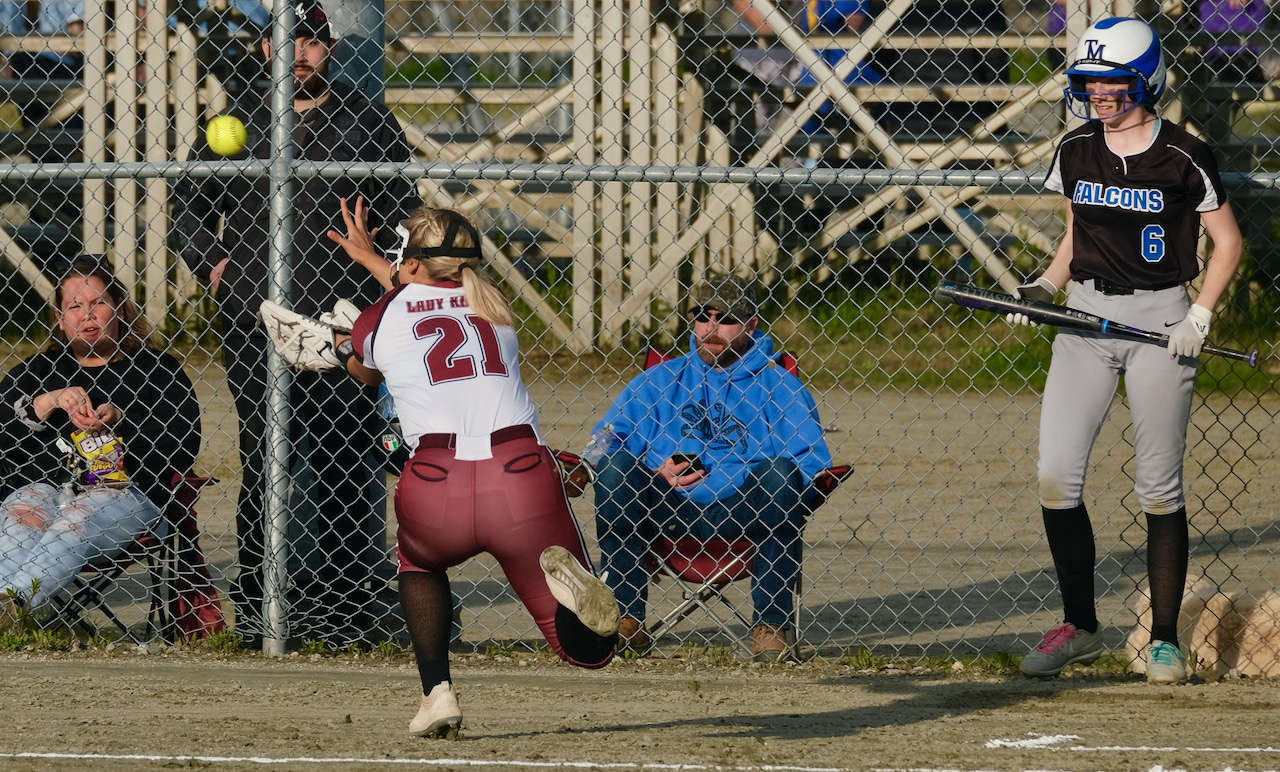 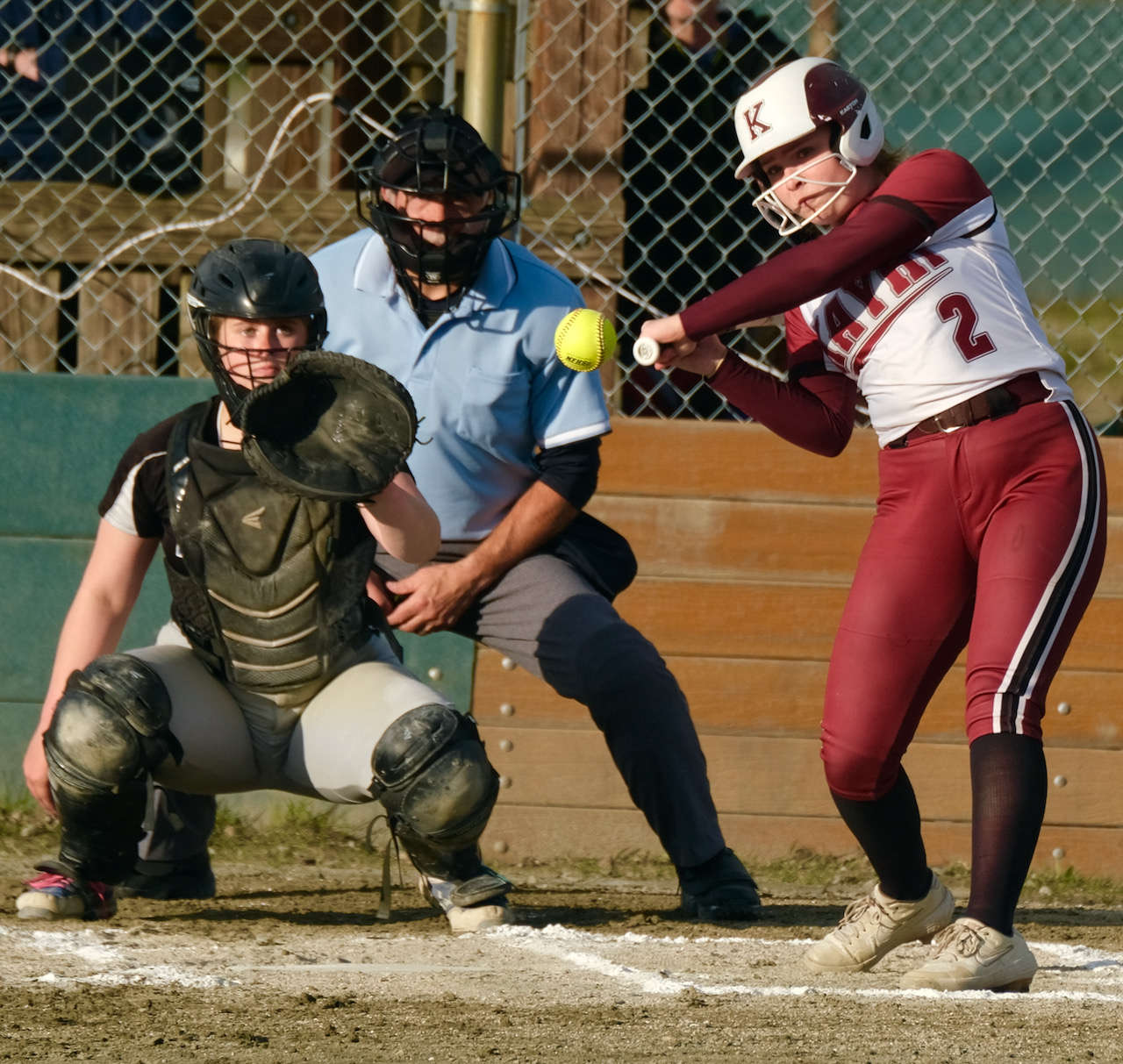