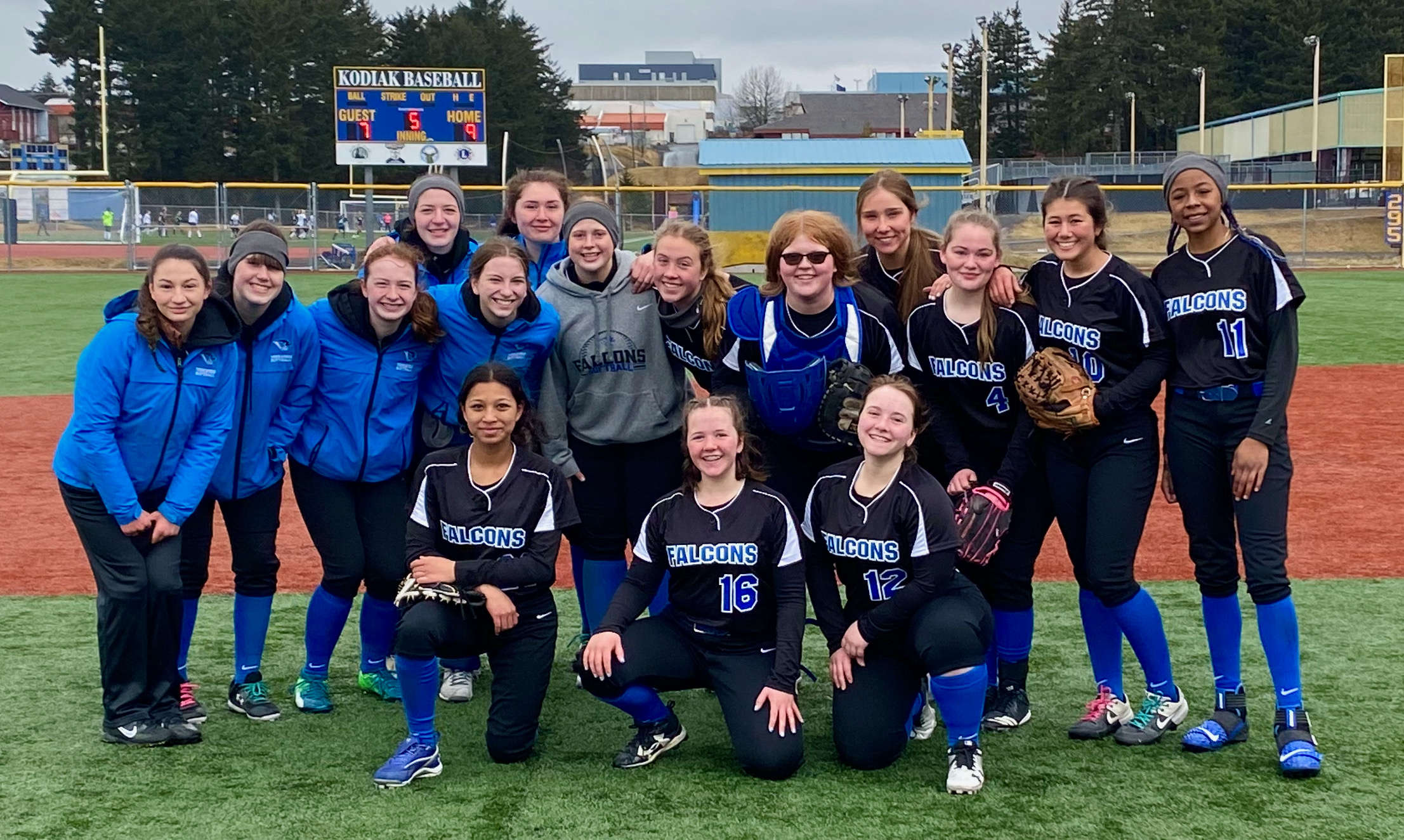 Juneau, Alaska (KINY) - The Thunder Mountain High School softball team swept Kodiak on the road, winning 16-4, 10-1, 18-10 and 15-6 in their second week of traveling softball action in the season.

“Our hitting was on point,” Thunder Mountain coach Barb Strong said. “The girls were really working hard and attacking the ball… Jack Lovejoy got her first two home runs ever…she’s fast and she can slap and, apparently has lots of power…”

Strong said Thunder Mountain performed well on the base paths.

“They were aggressive,” she said. “And they were smart about it…”

“Jenna Dobson had a really hot glove this weekend as did Rileyanna Payne at third,” Coach Strong noted.

In Friday’s 18-10 win Rentrop, Harp and Payneled with  had three RBI apiece; Lovejoy led with three hits; and Harp Payne and K. Strong led with three RS apiece. Lovejoy started in the circle, going two innings with five hits and 10 runs while striking out one and walking seven. Gates relieved for two innings and held the Bears hitless and struck out four and walking one.

In Saturday’s 15-6 win Harp went the entire five innings in the circle allowing six hits and six runs while striking out six and walking five.

Coach Strong commented on the value of playing teams from outside the Region V conference.

“They let us see something that is outside Southeast,” she said. “They are still in our state but we get to see someone that we might see if we make it to the state tournament. And it is always fun to see new kids play. I think our kids know all of the Southeast teams, so just to get a glimpse of maybe what is to come is a great opportunity… we have a list of things we want to work on which is always great so we can make some corrections before we go into the conference play… we got an opportunity to move people around into different positions and find what we like and now we need to work on some of those mechanics…”

The Falcons travel to Ketchikan this weekend for Southeast Conference play against the Lady Kings.