US Women Win Relays in Upset, While Men Flounder Again 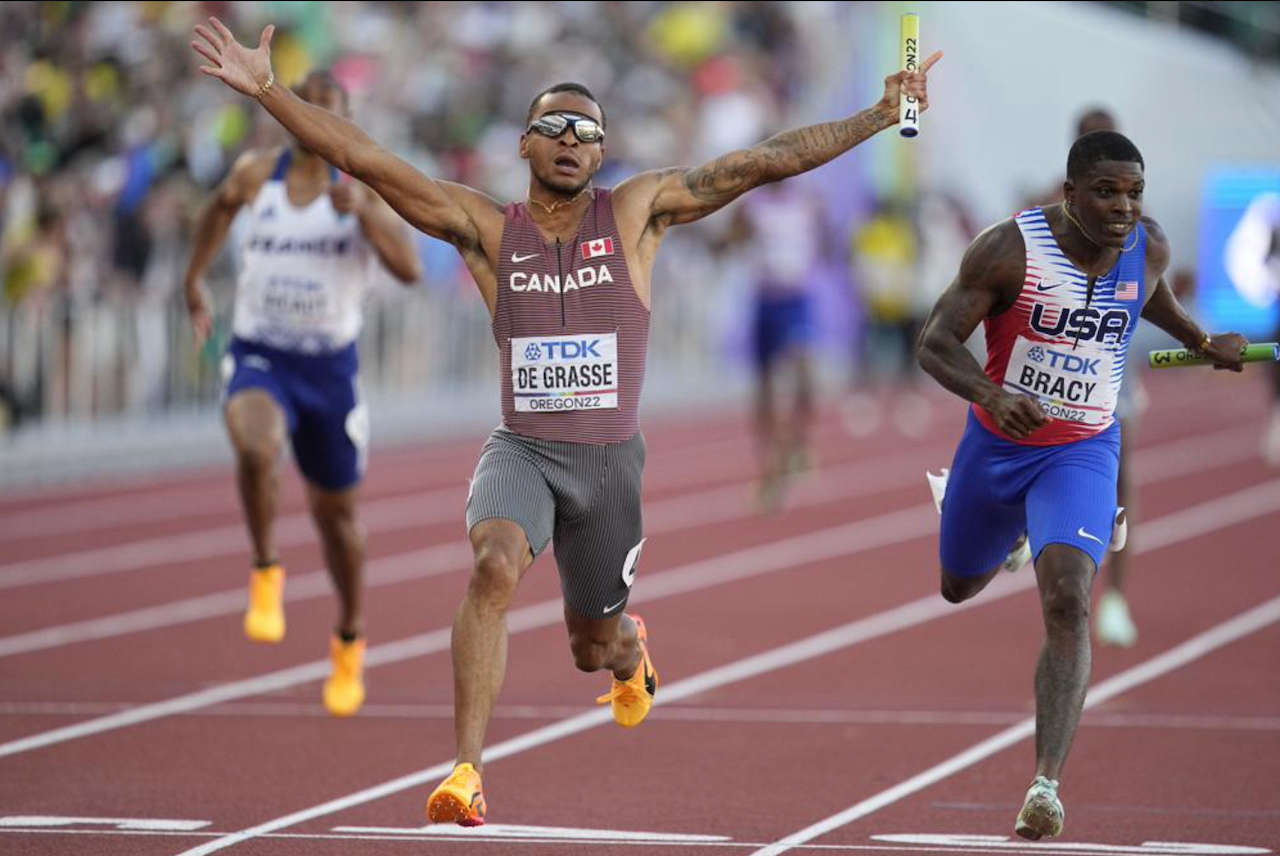 EUGENE, Ore. (AP) — The U.S. women pulled a shocking upset over Jamaica in the 4x100 relay at world championships Saturday, while the men finished second after a sloppy baton exchange that has become a ritual for that star-crossed team.

Andre DeGrasse beat Marvin Bracy to the line by .07 seconds to lift Canada to the victory in the men’s race in 37.48 seconds.

Bracy fell behind after twice reaching back and whiffing on the exchange from Elijah Hall, who went tumbling to the ground after he finally let go of the stick.

The U.S. women, a clear underdog to a Jamaican team that had won all but one of the six sprint medals at this meet, pulled the upset when Twanisha Terry held off 200 gold medalist Shericka Jackson for a .04-second victory.

Jamaica’s fate might have been sealed on a messy first pass between Kemba Nelson and Elaine Thompson-Herah. With Shelly-Ann Fraser-Pryce running the third leg, Jamaica came into this with all three members of the team that swept the 100 meters last weekend. The U.S. had taken all six medals in the men’s 100 and 200.

The relays proved, yet again, that pure speed is not all that matters in these races.