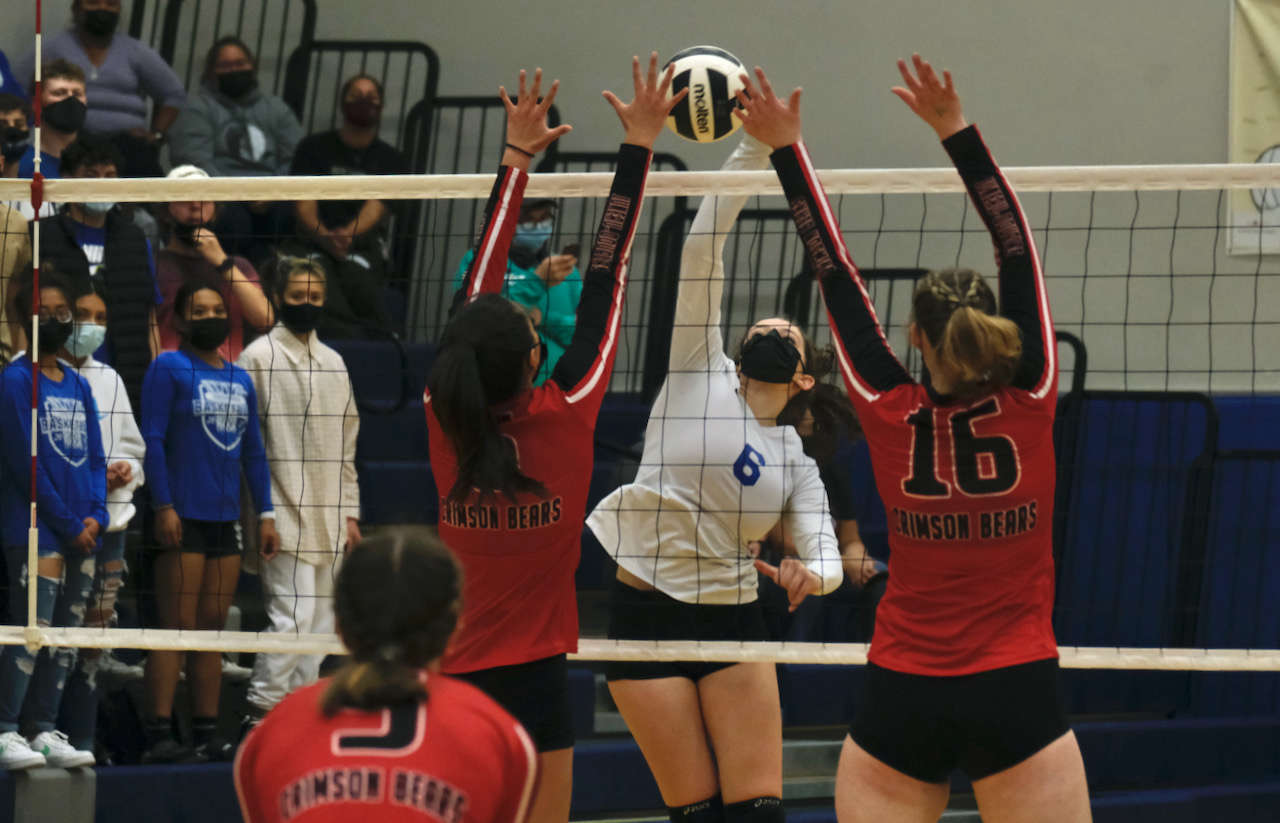 The Thunder Mountain Falcons, shown in action against Juneau-Douglas, volleyball games against Ketchikan have been cancelled this weekend.

The Thunder Mountain High School Falcons home volleyball games scheduled for tonight and Saturday against the Ketchikan Lady Kings have been cancelled due to the high wind advisory and inclement weather and the Region V Cross-Country championships in Ketchikan have time changes.

The Falcons volleyball games against the Lady Kings will be rescheduled for a later date.

The Region V Cross-Country Championships Division I (4A), Division II (3A) and Division III (1A/2A) races at Ketchikan's Ward Lake have been changed.

A bus will be at Ward Lake at 2:10 p.m. to pick up DIII teams for the Inter-Island Ferry Authority.

Another buss will be at Ward Lake at 3:40 p.m. to pick up DI and DII teams for the 4:15 p.m. ferry across the Tongass Narrows to the Ketchikan International Airport for departing flights.

Wrangell will run the same course at Ward Lake on Sunday morning as they can't get to Ketchikan before 4:48pm. Those results will be added to the DIII results and finalized.