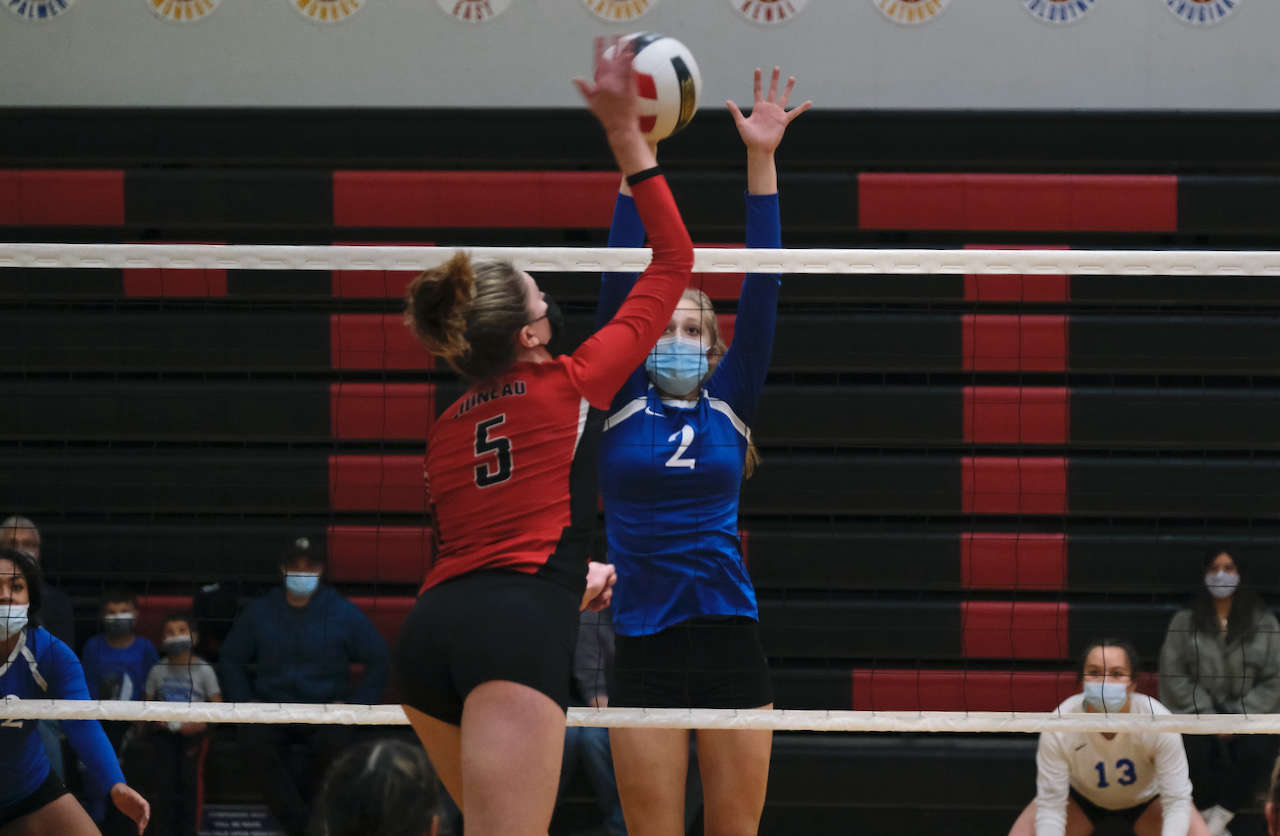 Juneau, Alaska (KINY) - The volleyballs were finally passed around the nets again in official games, sets and matches at Thunder Mountain and Juneau-Douglas: Yadaa.at Kalé over the weekend as the Falcons, Crimson Bears hosted the visiting Mt. Edgecumbe Lady Braves played in a jamboree.

“It was really great to be able to play actual games with opponents and have them be considered official games,” Juneau-Douglas coach Jody Levernier said of the co-schools jamboree. “We’ve got  a lot to work on. We have a lot of young players that are figuring out the game but it is pretty exciting to see them playing. Overall I was pretty happy.”

Senior Merry Newman was noted for great hitting, passing and service and an overall great weekend and classmate Brooke Sanford was noted for some powerful spikes. Overall, Levernier said the entire team showed moments of quality play. Complete stats were not available.

“A jamboree is always a great way to start the season, work out some of the kinks and get the girls out on the floor,” she said. “Merry was just solid and Brooke was another one that I am really excited to see how she develops over the year.”

Thunder Mountain coach Julie Herman said the Falcons are excited to go into conference games this week, beginning Tuesday night at Juneau-Douglas and then Wednesday hosting the Crimson Bears at Thunder Mountain.

“I think the kids really came together,” Herman said. “We haven’t had the opportunity to play together so I think there was a lot of forming an identity as a team and kind of understanding who can work well with them on their right and their left and it was a fun weekend. We were pretty excited about it. We always like to play Mt. Edgecumbe and Juneau-Douglas because they help us see where we need to improve.”

Herman noted the leadership of senior Sydney Strong all the way around and the blocking and court presence of junior Mallory Welling. She also noted setters sr. Molly Brocious and jr. Moana Tuvifale running the offense and continuing to feed the offense.

Said Herman, “I’m really proud of all of them because I would talk about my DS (defensive specialist) next. Talita Toutailepo just really nailed service reads this weekend and kept passing well enough so we could run the offense we were looking for. We have lots of things to train for. Both of our opponents had a lot of height. So we know we are going to need to continue rounding our game in coverage and work on how to get through and around the block. We felt really good, it was a good showing for us, but we have a lot of room to grow for sure.”

State-wide coaches agree the premier non-state championship event of the season would be the Grace Christian Tournament later in the year in Anchorage, one that brings the powerhouses of 3A and 4A together.

“The Jamboree at the beginning of the year is so great to shake off the rust, work out the kinks, see how people play together and I think it is super valuable,” Mahoney said. “It is tough to go into a season when you haven’t had any time to play anyone and your first match is against a conference opponent or a tough 3A opponent when you haven’t had a chance to look at those things.”

Mahoney commented on the Juneau schools.

“They’ve got great programs,” he said. “It is going to be fun to watch them battle it out this year. Juneau has definitely got some height and Thunder Mountain had a great defense. For us it is really nice to Jamboree because both teams are 4A and they don’t really care about us too much so it is good for us to get out there and try to beat them.”

Mt. Edgecumbe, a boarding school in Sitka, was able to hold in-person schooling last year. If there were any COVID-19 outbreaks in Sitka the Braves and Lady Braves students and athletes were able to quarantine on campus.

“So things felt pretty normal for us,” Mahoney said. “From a volleyball standpoint it was great. Sitka was in town for us so we were able to play them five times.”

Mt. Edgecumbe was also able to host Ketchikan and travel to Ketchikan before cases got crazy and shut the season down in November.

“No regional and no state last year but we did get to play nine matches,” Mahoney said. “It was great to see some of our younger players get experience and grow.”

The roster Mt. Edgecumbe brought to Juneau was the “early return” group. Players who come back to campus early to get in the required number of practices and be able to compete in the first matches of the season. That roster will expand.

Mahoney said he likes the scrappiness of his squad.

“We have a great defense,” he said. “They like to get on the floor and get the ball. We have a good number of ice bags on elbows, ankles and knees right now. We’re pretty tall. We’ve got some girls that can adjust hitters and do some blocking. And we’ve got some young hitters that are learning the game but they’re getting better. I really like the team chemistry that we have this year.” 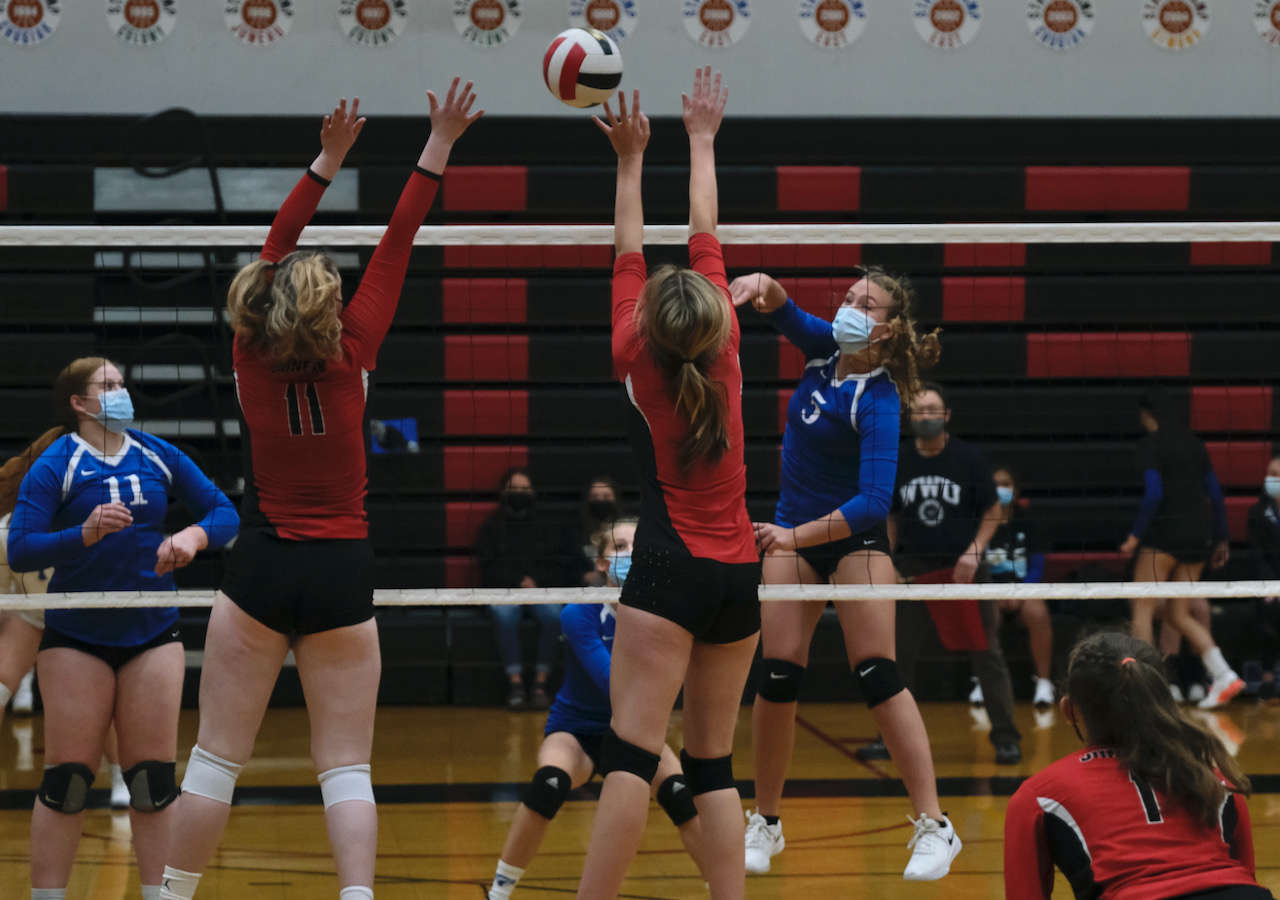 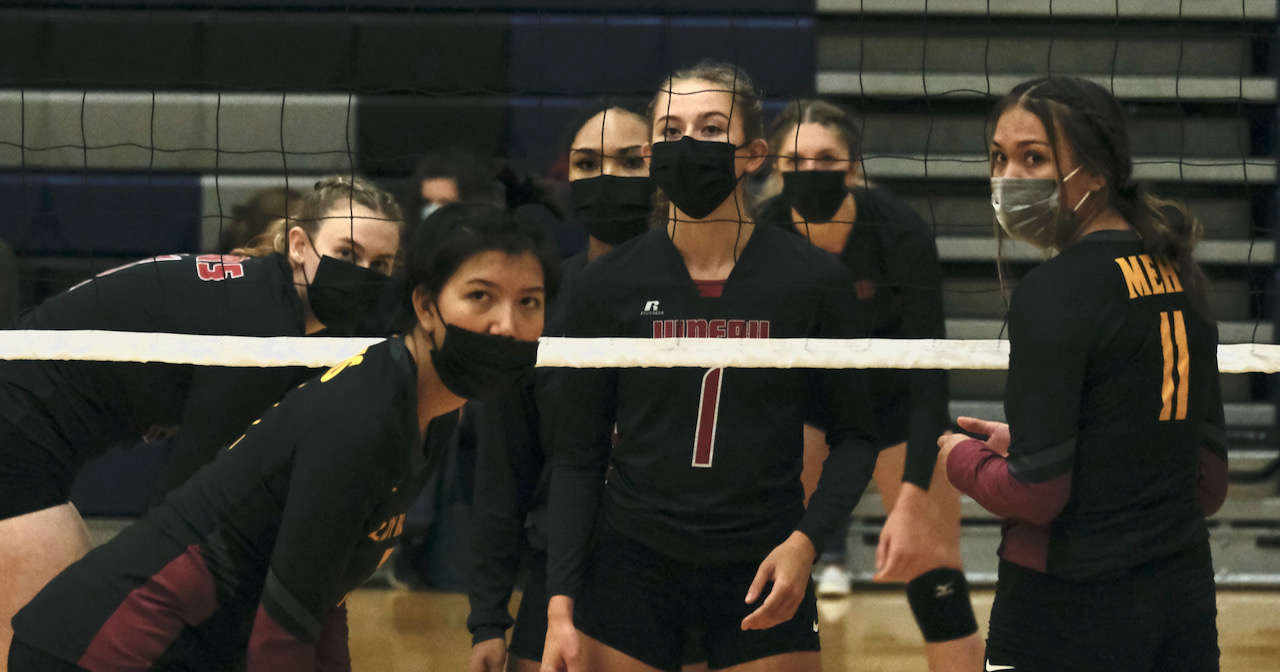 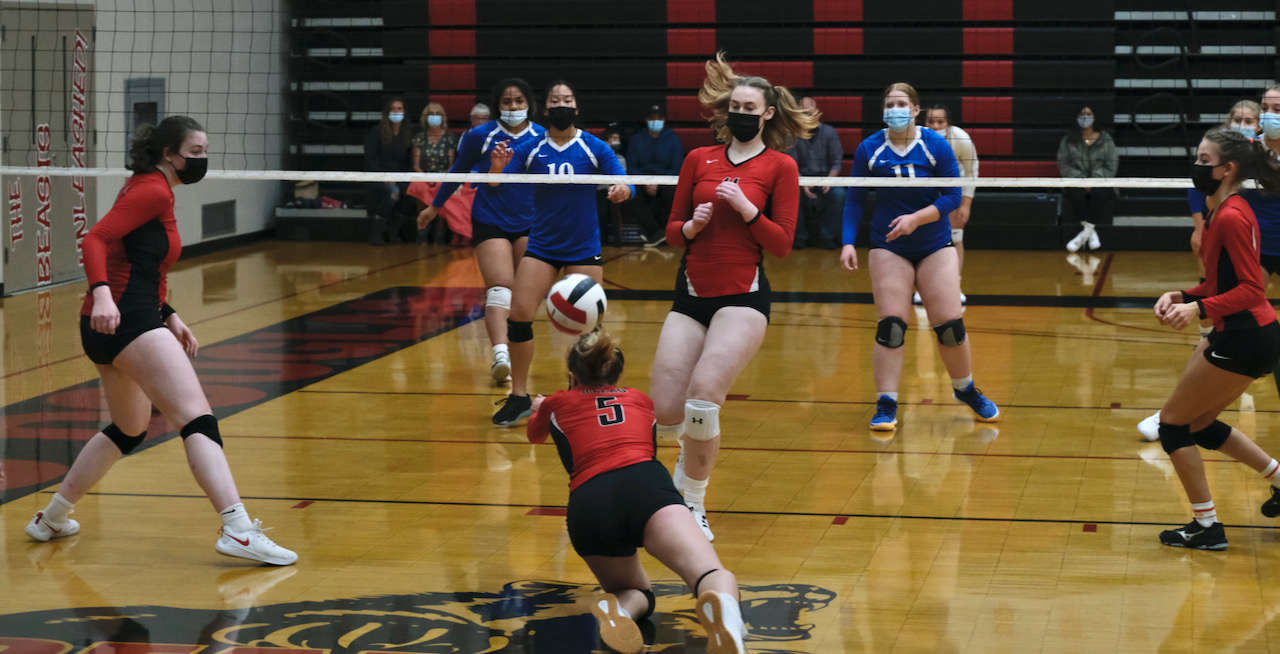 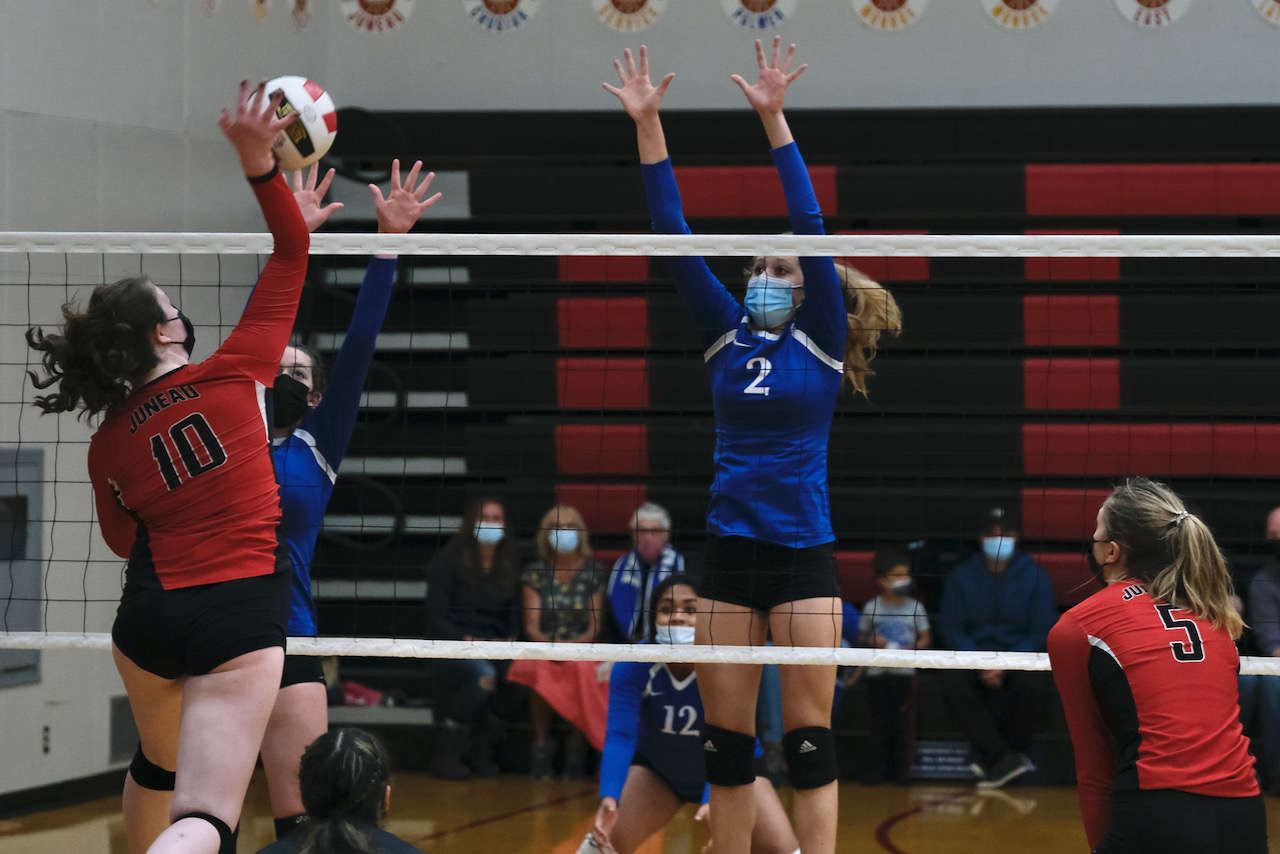 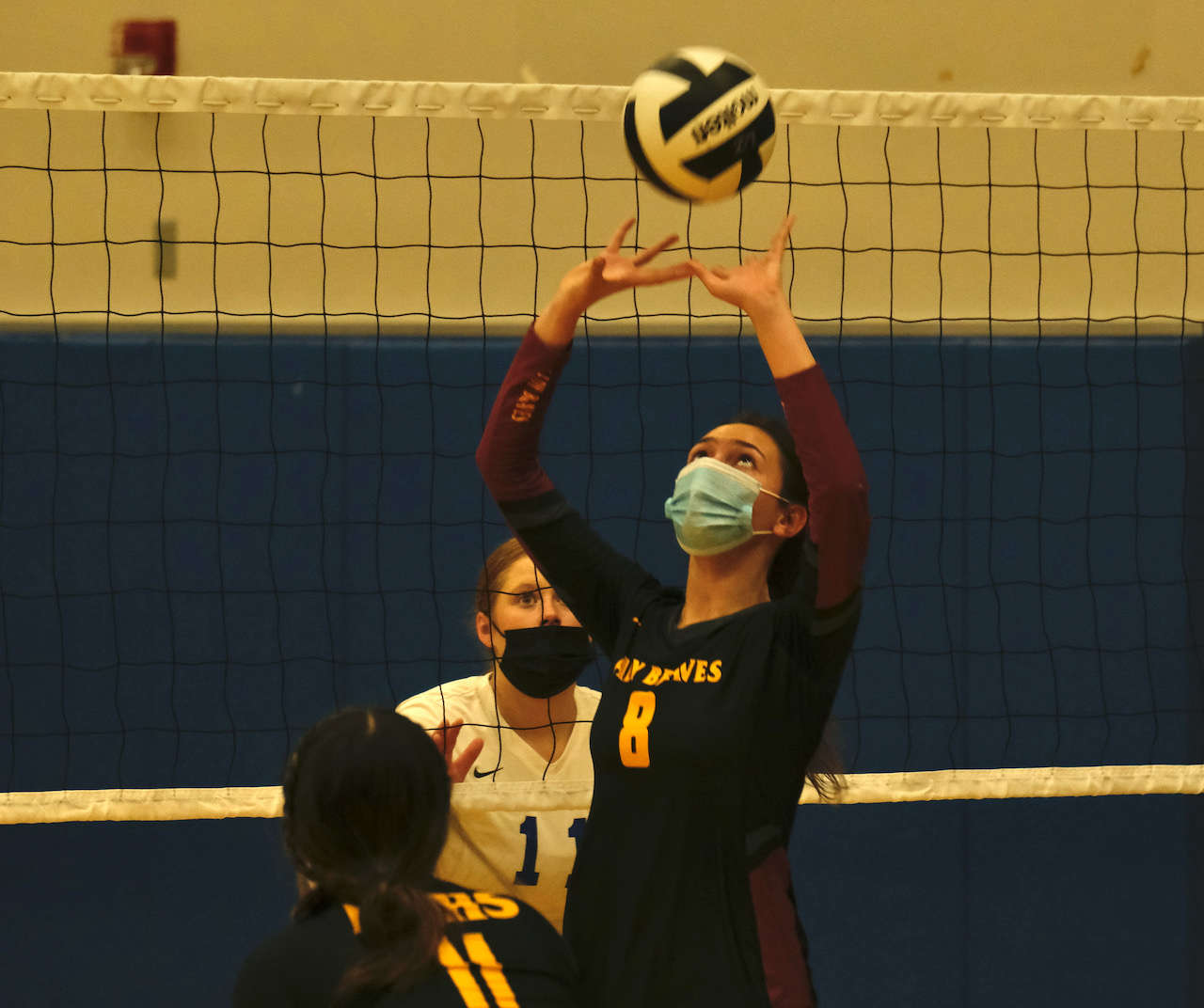 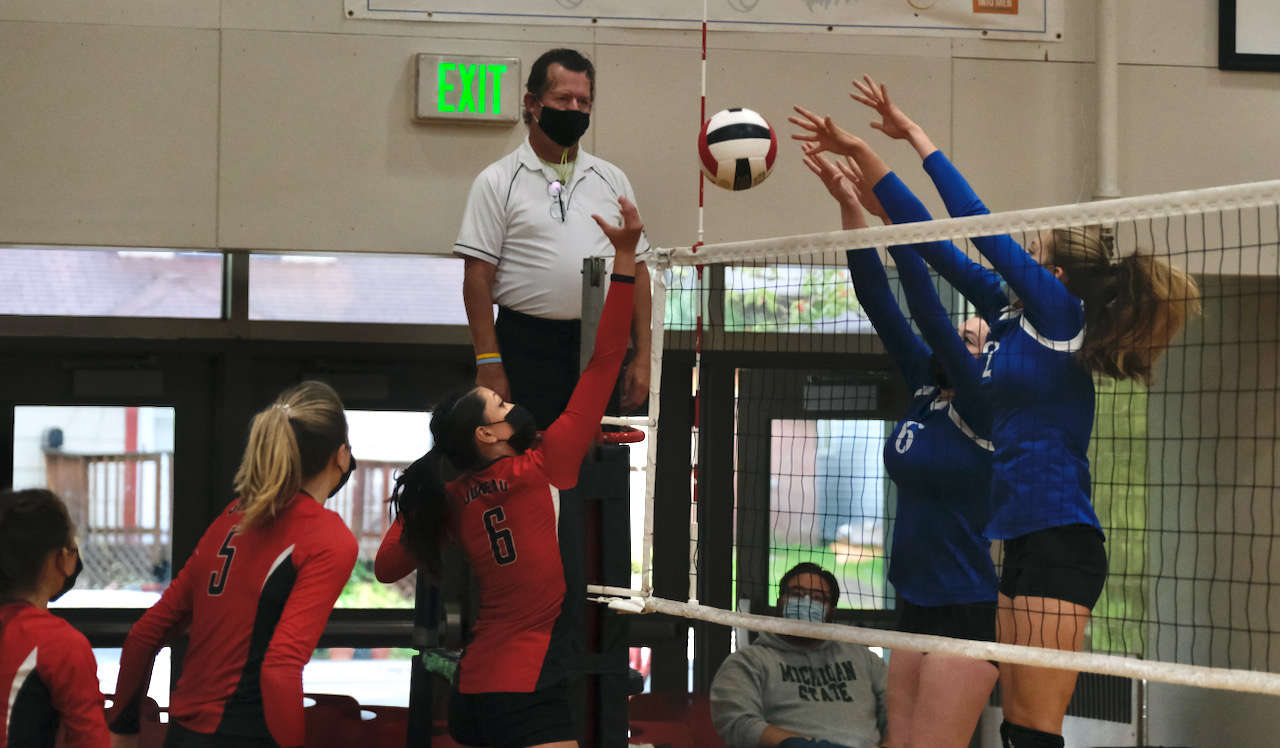