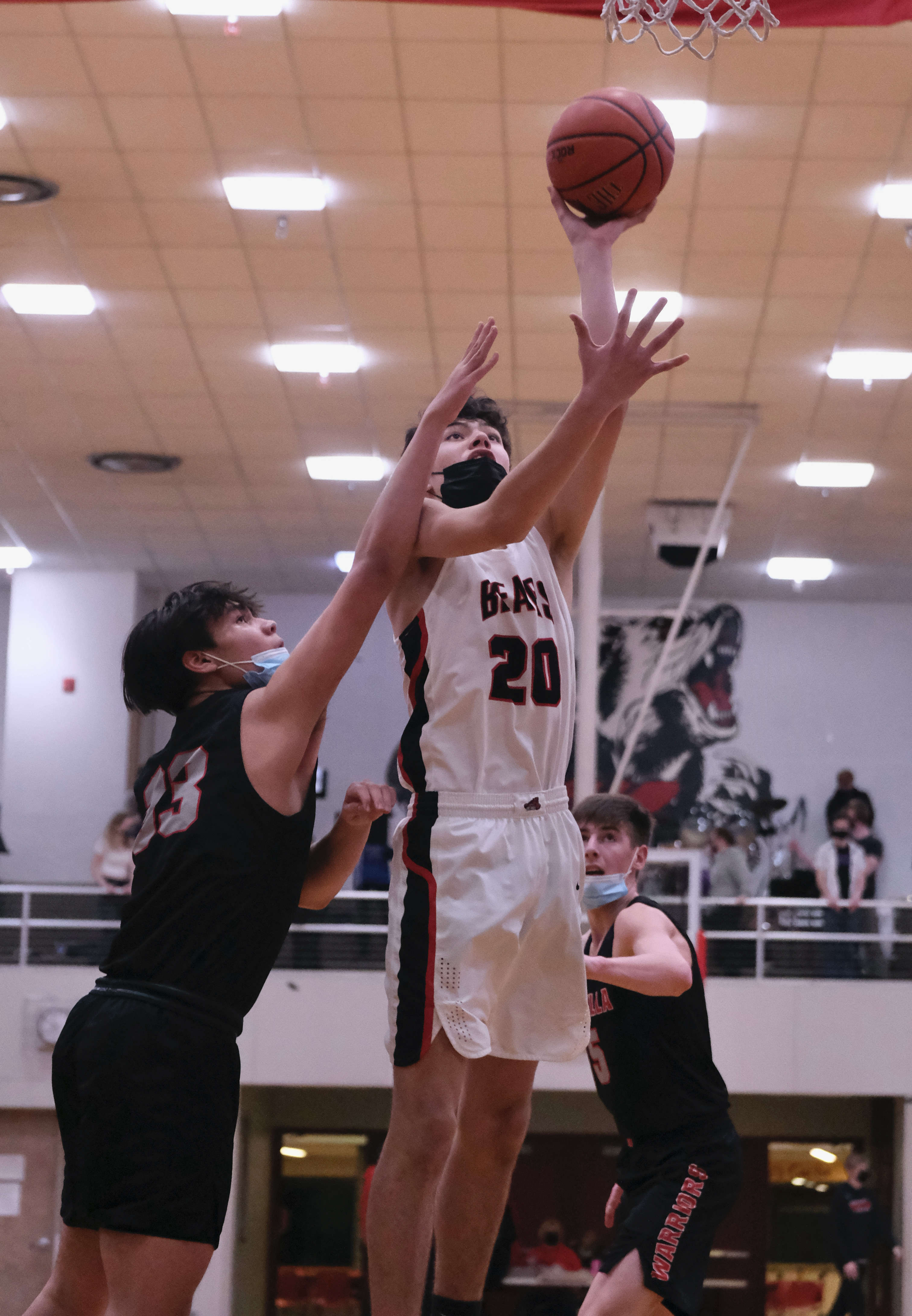 Juneau, Alaska (KINY) - The visiting Wasilla boys basketball team used their long ball offense to counter a dominating inside performance by Juneau-Douglas High School: Yadaa.at Kalé junior Orion Dybdahl in a 66-54 Warriors win over the Crimson Bears on Thursday at the JDHS gym.

According to JDHS coach Robert Casperson, Wasilla was 14-24 from beyond the arc, roughly 60%.

“And part of that is a breakdown on defense,” Casperson said. “We collapse in the key. Maybe it would have been better to just give up the layups and not give up the three-pointers. It is not a strategy I am used to but maybe if we meet them again I will have to consider it.”

“He is coming along,” Casperson said. “Let’s not tell too many people but he is definitely improving daily… He’s active, he’s hungry. I’m just really proud of him because it is starting to come together… it is really neat to see that progression in his game. The desire within him that is leading to these improvements.”

The Crimson Bears led 13-12 after eight minutes of action and started the second quarter with a basket by sophomore Sean Oliver.

Wasilla answered with back-to-back threes by juniors Parker Kroon and Owen Beaudry and Kroon added a fast break layup for a 20-15 Wasilla advantage.

Oliver and Dybdahl led a 9-2 run for the Crimson Bears with Oliver notching an old fashioned three-point play and Dybdahl made three baskets inside and blocked a shot as JDHS took a 24-22 lead.

Wasilla senior Eli Wagle gave the Warriors a one point lead and JDHS senior Porter Nelson grabbed it back for the Crimson Bears at 26-25 as the teams pressured on each possession.

Neither team had more than a three-point advantage in the third quarter.

Oliver carried the Crimson Bears in the stanza with 11 points but the Warriors started to heat up from past the arc as senior Dylan Jeffus connected on three straight and Kroon another to tie the score at 42-42 with under two minutes left in the third quarter.

JDHS sophomore Alwen Carrillo hit a deep three for a 45-42 Crimson Bears lead but Wasilla’s Kroon cut it back to one point 45-44 and Beaudry hit the Warriors fifth shot past the arc in the quarter for a 47-45 advantage.

Carrillo blocked a Warriors shot to keep that score with eight minutes of action remaining.

Wasilla changed the tide of the game with a 16-2 run to open the fourth quarter including a bomb from distance by junior Arthur Adams, another by Beaudry and two more from Adams to open a 63-47 advantage with just under four minutes to play.

Oliver and Carrillo both stole passes and scored for a brief JDHS reprieve but Wasilla’s Jeffus hit the Warriors final basket, another deep shot past the arc for a 66-52 lead.

Carrillo hit the Crimson Bears final bucket from closer in.

“It’s good to get a win,” Wasilla coach Steve Henderson said. “It’s hard to come to Juneau and get a win. They are so good in their gym, so it is nice to get out of here with a win.”

JDHS will host the Ketchikan Kings tonight at 8 p.m. and Saturday at 7 p.m. Those games will be broadcast live on kinyradio.com.

Wasilla will play at Thunder Mountain at 5:30 tonight and 4 p.m. Saturday. Those games will be broadcast live on 107.9 The Hawk. 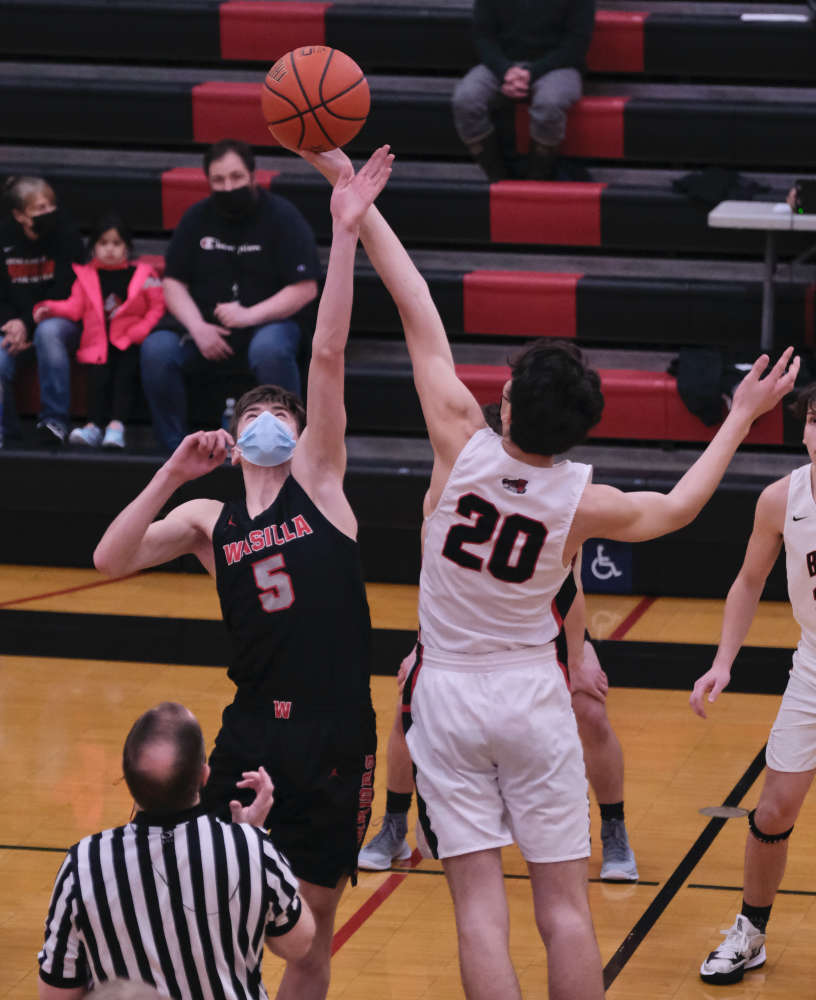