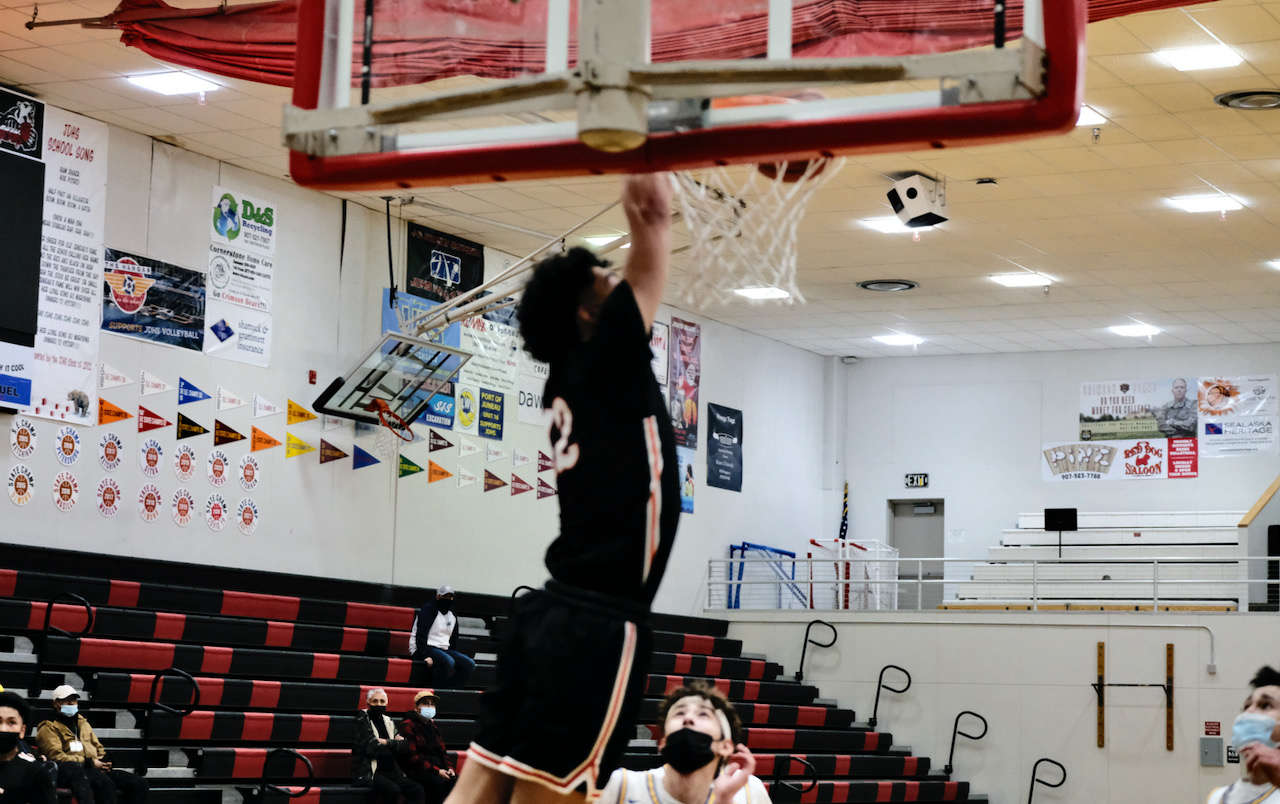 West Anchorage junior Julius Adlawan throws down a lob pass in the Eagle's win over Kotzebue on Tuesday during the Cap City Classic at JDHS Yadaa.at Kalé.

Juneau, Alaska (KINY) - The West Anchorage Eagles showed why they are a power in the Anchorage basketball circuit as they downed the Kotzebue Huskies 73-25 on Tuesday during the Princess Tours Capital City Classic on Tuesday at Juneau-Douglas High School: Yadaa.at Kalé gymnasium.

West opened play with a full court press that stifled Kotzebue and the Eagles put 11 points on the score board before the Huskies’ Aiden Ivanoff hit a free-throw with 4:29 left in the first quarter.

Kotzebue’s Ivanoff followed that with a shot deep behind the arch but that would be all the Huskies tallied in the first quarter as West led 21-4 behind a balanced scoring attack from seniors Chance Sahr and Braeden John, and juniors Willie Zamora, Xyomar Velez, Trey Ireland, Dean Laxa and Julius Adlawan.

West opened a 43-12 halftime lead as Velez nailed two deep shots and Adlawan dominated inside and senior Blaine Bement scored along the baseline.

The Eagles led 64-22 after the third quarter of action. 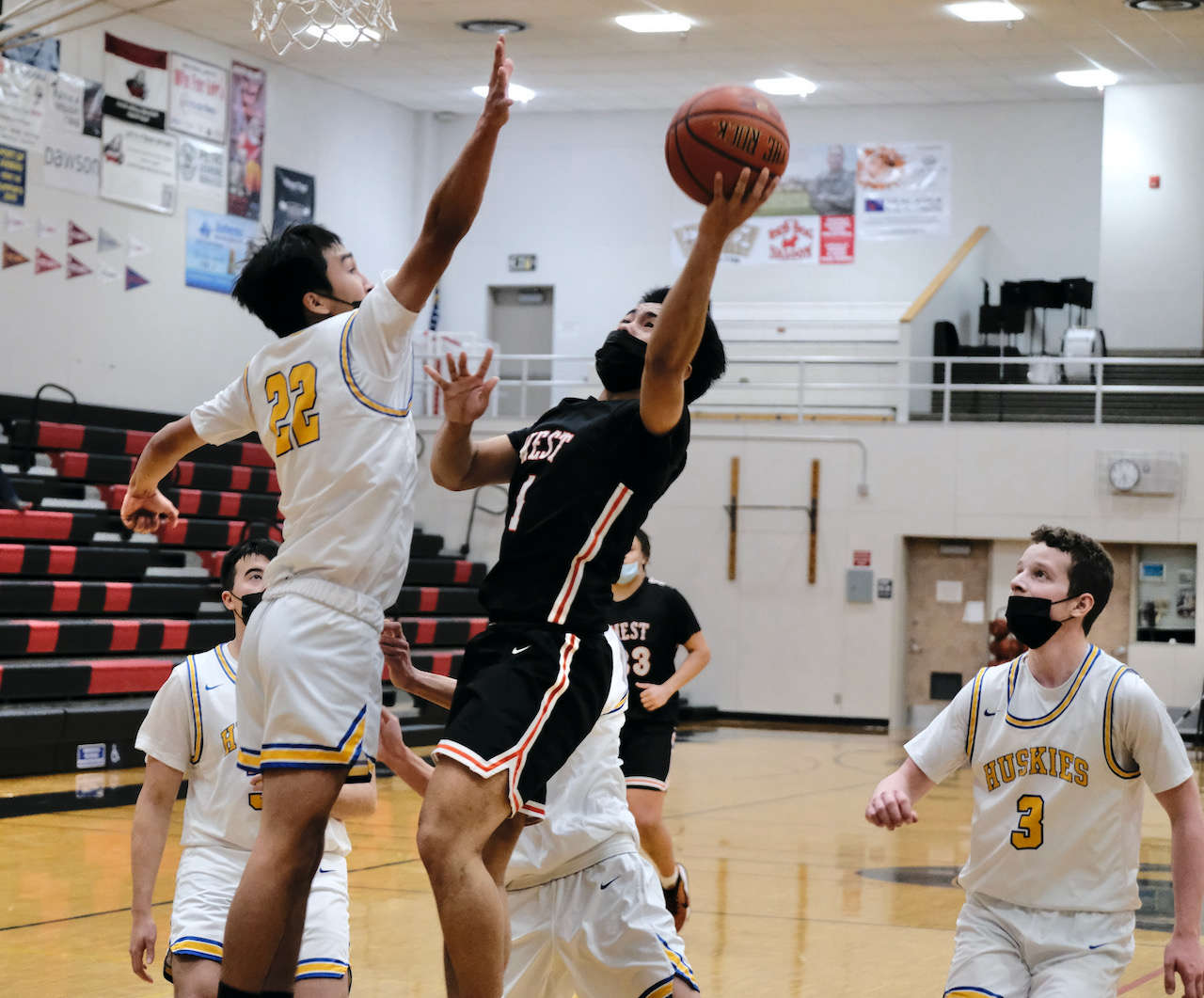 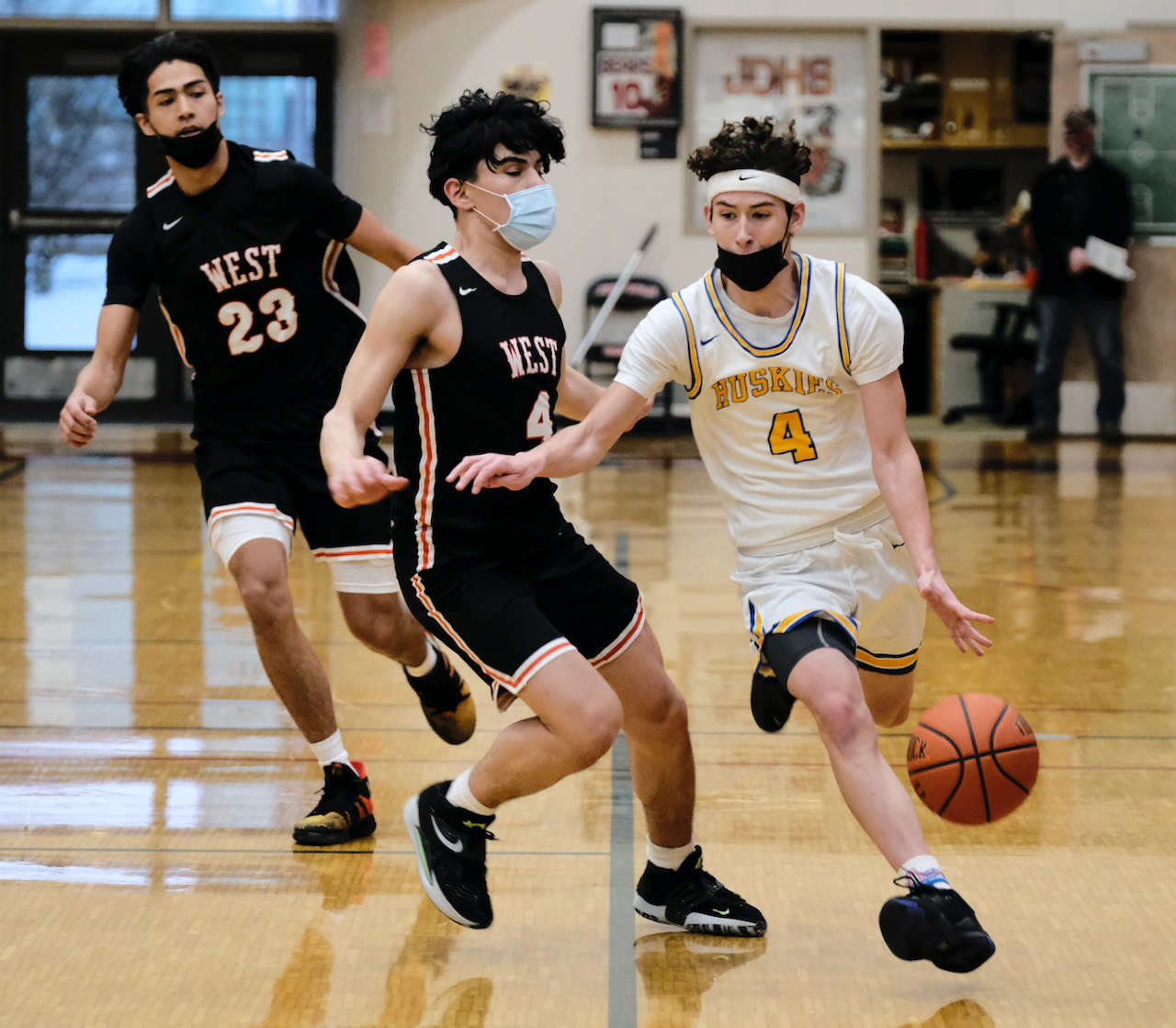